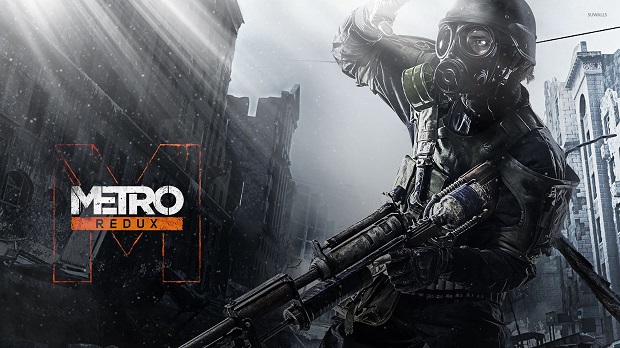 Summary: A remaster of an chilling tale, one of survival but one full of questions. Dare you seek the answers?

What’s better than one Metro game? Two Metro games! Metro Redux is a remastered combo pack, featuring Metro 2033 Redux and Metro Last Light Redux. The Metro series is based on the novels of the same name, written by Dmitry Glukhovsky. Nuclear war has devastated most of the world, Russia being one of the worst hit. Rats, bears and other creatures have mutated into ferocious creatures. Survivors managed to flee into the metro tunnel system and forged a life of sorts underground. 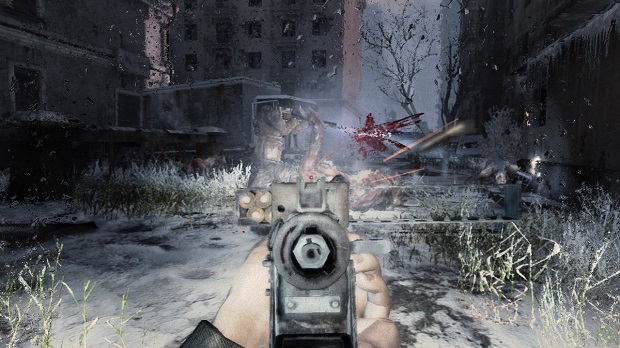 Twenty years later in 2033 and Artyom, the adopted son of the northern station of VDNKh, now called Exhibition. Defends the station from these creatures which have now come to be known as the Dark Ones with the help of a member of an elite group of soldiers called the Spartan Order named Hunter.

After the initial wave, the group finds out the station was attacked at the other end. After finding the defenders almost entirely decimated, Hunter then gives Artyom his dogtags and instructs him to get to Polis the “captial” of the metro and seek the help of his superiors. From there his journey to Polis begins.

The game has three distinct enemies, four if you include bandits. The main foes here are the mutants, bears, rats, demons, you name it. They’re grotesque, ferocious beasts that will stop at nothing to hunt and consume you. They’re relatively easy to defeat however, but somewhat tricky to avoid. Other forces include the Red Line, a group of Stalinist hell bent on restoring the communist regime and the Neo Nazi Fourth Reich, also bent on taking over the Metro system for the glory of Herr Fuhrer. Both groups are relatively easy to sneak past and respond to force much the same way.

As he travels through the metro system, assisting and being assisted by various people. Encountering odd phenomenons and illusions brought about by the Dark Ones. Artyom is faced with numerous, often incredibly subtle moral choices that will impact the ending of the story. By helping people out along his journey and behaving differently during Dark One illusions there can be a positive and negative ending. Although, in 2033 the canonical ending is that he launches a missile to defeat the Dark Ones.

Metro Last Light, continues Artyom’s story. He is informed that a Dark One, survived the missile strike at the end of the events of 2033. Having had his doubts about the attack on the Dark Ones and whether or not something could be made of an attempt to make contact with the Dark Ones. He sets out with Anna, the daughter of Miller, the leader of the Spartan Order, to find the Dark One.

D6, a pre-war bunker loaded with weapons and supplies, has now become the stronghold of the Order. But members of a Stalinist regime called the Red Line, encountered in the first game and the Neo-Nazi Fourth Reich have heard about D6 and it’s splendors. Now they want to claim it for their own, while Miller wants the survivor of the Dark One’s destroyed. Artyom is captured after an illusion by the young Dark One, knocks him unconscious. He then wakes up in a prison, from there he escapes with the help of a Red Line soldier named Pavel. Together makes his way back to Polis, Order HQ. After a brief stint in capture again, Pavel is rescued by Artyom. He eventually betrays the player and becomes a primary target along with finding the Dark One. 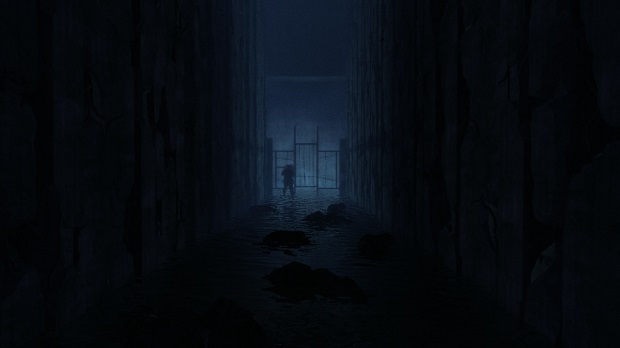 The gameplay is a little hit and miss for me. I’ve never been terribly good with survival horrors. Not because of the horror aspect. But I tend to like having large caches of ammo, just in case. A resource that is scarce in this game, too scarce, even on the easiest of difficulties. The game is also very dark and I like being able to see. Apart from that, the game works like most first person shooters. There’s some unique, heavily crafted weapon concepts, similar to one found in the Fallout series. A heavy emphasis on trying to be stealthy and moral decisions like limiting the number of people you kill, in order to get the best ending.

The game has a very minimalist approach to it’s hud. There is no radar, no map, just a compass you can bring up with a list of objectives. I had to frequent this compass to figure out where to go, with so many routes to choose from, sometimes it would get confusing. I only learned into my play through of Last Light that your lighter also points to the direction you need to go. This made it much easier to find my way as the lighter was a much easier method and it also creates some much needed light.

Even on normal difficulty the game isn’t forgiving. Ammo is sparse, filters are an essential yet critically limited resource. And it doesn’t take many hits to take you down. It’s in this manner the game sells its stealth mechanic, sneak by hostiles, knock them out or stealth kill them. The good news is that there are often many routes to take to sneak around your foes. In the event there isn’t there’s many light sources you can interact with to darken the area and proceed mostly unseen. The number of enemies you kill over knocking unconscious, or outright sneaking past, can have a positive or negative affect on the outcome at the end of each game too.

There’s plenty of weapons to choose from and scavenge along the way. The Kalash, an AK clone, a literal RPK, a slew of crudely homemade rifles, grenades and throwing knives for the stealthy touch. There’s booby traps to avoid or dismantle, patrols with patterns to memorise. Numerous paths to take to encircle or go around groups of enemies.

While the gameplay is average, the series shines in it’s story. There’s dialogue at in almost every corner. Codex entries about events and characters. NPC’s interacting with each other can give you bits of information about where you are and where you’re going. Artyom narrates the story as you progress and it’s a world full of depth. I had been interested to play the game before because I liked its concept. Now having finally played it I’m really interested in checking out the novels. Grahpics are mediocre at best. When playing in tablet mode, the graphics are little better than than middle tier PS3 games. They fare much better when the Switch is docked, but the series isn’t known for groundbreaking graphics. Metro 2033 was released back in 2010 and this is simply a remaster, but considering other big name titles like Final Fantasy XIII, Mass Effect II and Assassins Creed II launched in the same year. I somewhat expected more.

Character art seems to suffer the most, with features and lines you expect from first gen xbox games. Character animation is limited, beast shamble around aimlessly, sometimes missing you entirely. While that’s a welcome save in some cases when you’re overwhelmed, it’s not actually part of the game. Firefights are a little better, with the AI actually taking cover and accurately throwing grenades. They don’t flank you very well though and can be easily lured into a trap were you can easily take out large groups.

Sprite animation is painfully slow, characters walk at crawling speed and take forever to interact with objects. One fine example; certain doors can only be opened by an NPC, they walk slowly, have to stop before turning and then stow their weapon before they interact with the door.

Background art while still of a lower quality than I expect of games in the same era as graphical masterpieces like Tom Clancy’s Splinter Cell: Conviction, it is very well depicted for the themes of the game. Mutated creatures are everywhere, gore sacks, spider webs, trash, you name it. The desolation of the conditions the people of the Metro have to live in is very apparent in the game, towns are littered with trash and buildings are made up of whatever scavenged materials that remain intact. Audio wins some valuable points back however it’s not without it’s own flaws. Ambient sound effects are done incredibly well. The sound of gunfire, the howl of beasts when they discover you. The crunch of footsteps on gravel, the suction of boots in mud, the dripping of trickling water. All recorded and mixed in well. Voice acting and insert music however is pretty lacking.

There must have only been a small team of voice actors, because many of the NPCs seem to be one of two male or female voices. The same voice is repeatedly used for multiple NPCs and while I can understand that these aren’t considered important dialogue it’s somewhat jarring to hear the same voices over and over. For a company like THQ being a relatively well known and forefrontal publisher, I feel as though budget shouldn’t really have been an issue.

Music too, suffers from the same repetitiveness. The same insert tracks are used for combat, the same songs are being played at every station. Sure it might be a radio, but the technology of most stations throw doubt at the radio station idea. There’s a serious lack of variety in insert music and voice acting. It really is refreshing though that a lot of effort seemed to go into the ambient sounds, for a survival horror like this, sound is really key to adding tension and atmosphere. In conclusion, Metro Redux isn’t really my thing. The tension and atmosphere were really good, the gameplay and acting were relatively sub par. The story shone in these games, directing you ahead with a seemingly single minded goal. Then suddenly you realise there was more to the game and the subtle choices you make along the way can change the ending. After playing these games I really want to read the books as the story is really what kept me playing. If anything, my curiosity is satisfied and I honestly recommend checking it out of the story interests you. And with an enticing price of $69.95, the value isn’t too bad considering remasters these days are being sold at full price. Yet here is two games for less than the price of one. If you’re looking at metro as an action game, I’d recommend against it.