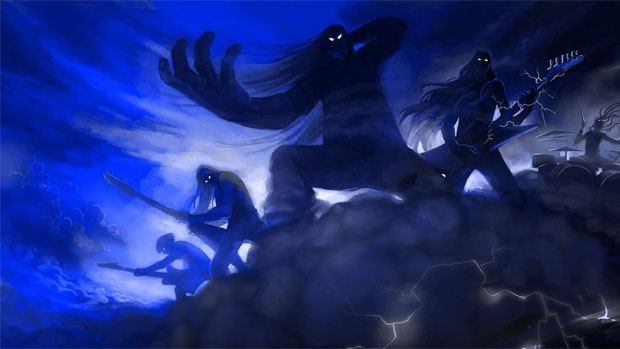 Summary: If you want something different with your animation, then Metalocalypse The Doomstar Requiem is that movie!

Welcome to the world of the death metal band known as Dethklok who must once again unite in order to save two of their own. If you haven’t heard of Metalocalypse then you’ve probably been in a cave because this cartoon series is one of the most unique and creative to date that successful merges music with animation plus some amazing voice acting. It’s crazy and it’s all about music! 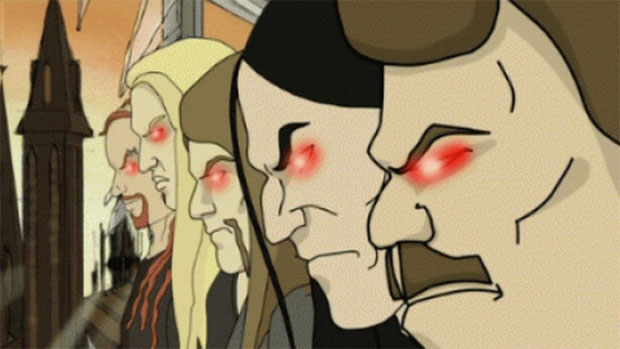 However in order to enjoy this 45-minute release on Blu-ray, you do need to be familiar with the previous series because this story recommences from the cliff-hanger ending that saw Dethklok’s band member Toki Wartooth and their producer Abigail kidnapped by the nefarious Magnus Hammersmith who was once part of the band.

So as the band gets together again to save Toki and Abigail, the creators throw some outrageous violence, comedy and over the top moments at the viewer with battles that almost bring the heavens down and of course some very catchy music which will have you bopping your end long after you have finished watching this movie. 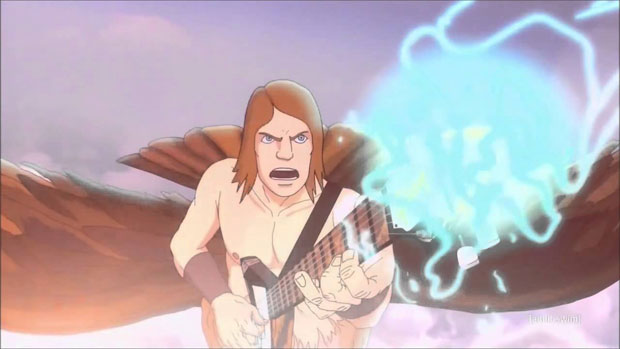 The animation used in the movie is quite spectacular and it’s like a Saturday morning cartoon on some illicit drug, particularly with the special effects. Besides the strange story and whacky characters, the star of The Doomstar Requiem is definitely the music thanks to Brendon Small who is the “real-life” star of Dethklok who really smashes out some great lyrics and sound.

Also joining Small is George Fischer, Mark Hamill, Malcolm McDowell, Victor Brandt, Mike Keaneally plus a fun cameo from comedian and actor Jack Black. So as the music hits highs and lows, Metalocalypse The Doomstar Requiem is quite an emotional ride for the viewer as they are introduced to this crazy band and their psychedelic world of music which is beautifully presented on Blu-ray. 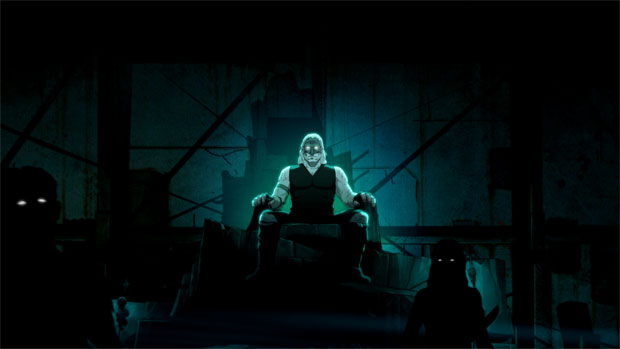 If you want something different with your animation, then Metalocalypse The Doomstar Requiem is that movie! Add in some entertaining and informative special features about its creation plus the very popular audio release and fans will be in Dethklok heaven! 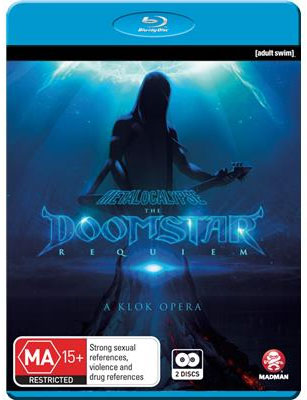