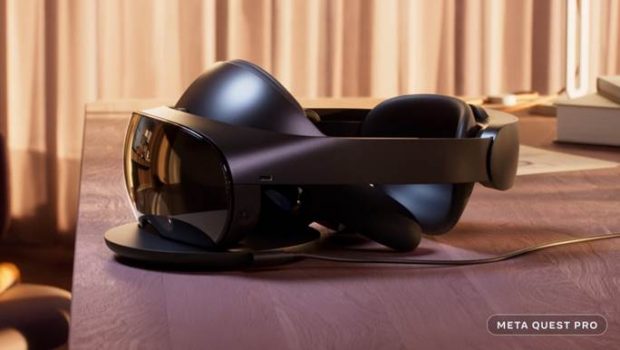 Today Mark Zuckerberg at Meta Connect 2022, he took the virtual stage alongside leaders from Reality Labs at Meta and some special guests to showcase the progress made toward that vision over the past year, including a new high-end and advanced VR headset, Meta Quest Pro, and a series of updates and partnerships in the work tech space.

Meta Quest Pro will be available at $2,449.99 AU. This includes the headset, Meta Quest Touch Pro controllers, stylus tips, partial light blockers, and a charging dock. You can pre-order your Meta Quest Pro on meta.com. With global shipping starting from 25th October.

But the metaverse won’t be built by one company alone. Mark Zuckerberg was joined by both Microsoft Chairman and CEO Satya Nadella, and Accenture Chair and CEO Julie Sweet, to share new partnerships that will accelerate the future of work:

“ This… is Meta Quest Pro. It’s the first in our new line of advanced headsets, built to expand what’s possible in VR. It takes what people love about Meta Quest 2 and adds a bunch of new technologies to help you do more in the metaverse. It’s made for collaboration and creativity, and with mixed reality built in, it lets you do things that haven’t been possible before. All in a beautiful design that’s comfortable to wear. Whether you’re looking to work in a new way, or you just want the very best experiences available today… this sets the standard.” – Mark Zuckerberg

“So, the main reason that we’re in this space is that we think that VR can be very powerful for social connection and with the Quest Pro, we want to bring more of that into the work context as well, where Microsoft already has some incredibly successful products in the market.”  – Mark Zuckerberg

Alongside these innovation and partnerships announcements, Meta also shared details on the progress its seeing across a growing and evolving VR ecosystem: