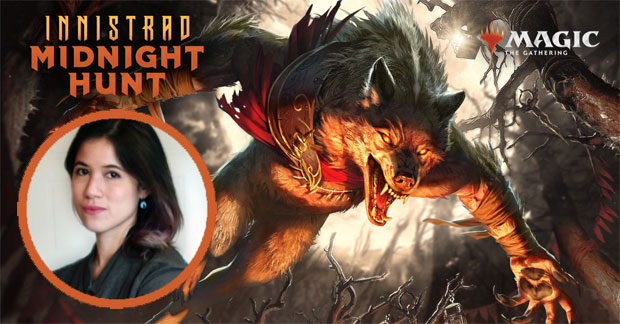 We catch-up with Meris Mullaley, Worldbuilding Design Manager to discuss Innistrad: Midnight Hunt, the 89th Magic The Gathering expansion as mindless creatures who were once human, ghouls and skaabs now roam aimlessly through the wilds of Innistrad who were animated by dark necromancers.

In the narrative of MTG, where does Midnight Hunt fit in the grand scheme?

Midnight Hunt is our third return to the plane of Innistrad having previously visited back in 2011 and 2016. For those unfamiliar with Magic’s overarching story, we follow a number of heroes called Planeswalkers as they journey to different worlds. This time round, our cast of heroic Planeswalkers returns to Innistrad to try to prevent an eternal night – scary stuff for the humans of the plane! 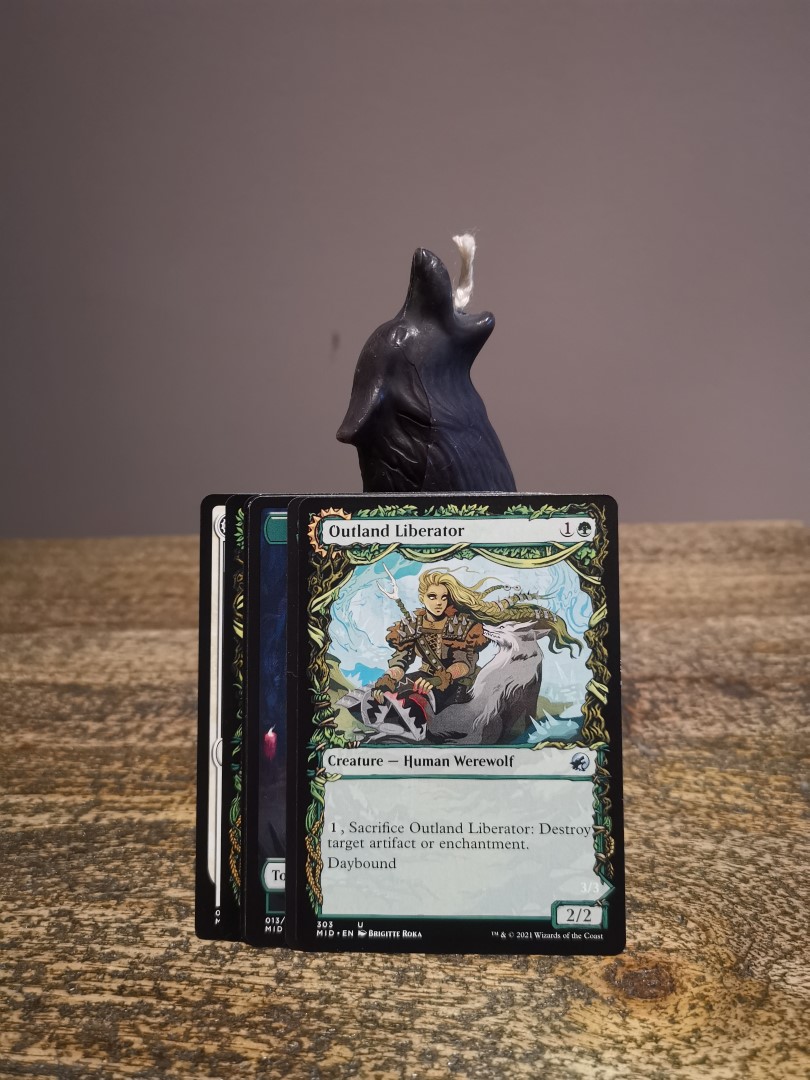 What’s the story behind Midnight Hunt?

Arlinn Kord, Werewolf Planeswalker and protector of Innistrad, is searching for clues on why the nights are growing longer. Along the way, Arlinn discovers a coven of Witches trying to restore balance to an ancient artifact called the Celestus which is responsible for affecting the day/night cycles on Innistrad. Unfortunately, Arlinn also discovers a pack of Werewolves looking to take advantage of the longer nights by hunting for longer. Midnight Hunt is all about the ensuing struggle, with a number of familiar Planeswalkers joining in the fight to help Arlinn out.

Can you walk us through the creation process in designing the world behind Midnight Hunt?

This is our third visit to Innistrad so there is already so much depth to the world we see in Midnight Hunt. We always enjoy returning to worlds we’ve built before, especially when the audience enjoys those settings too. But we always want to introduce something new on each return to a world. For Midnight Hunt, amidst the Gothic horror themes of the setting we get to show something we’d never seen before on Innistrad…a festival.

Worldbuilding meetings focused on what existing Innistrad elements we expected to see in this set, including a lot of werewolves. We also spent time brainstorming and imagining the new elements – the hedge witches, the Harvesttide, the Celestus.

Whenever we build a completely new world from scratch or expand on an existing world – we always hold a “concept push.” For three weeks a group of our artists come together, brainstorm, and illustrate a bunch of visuals for the upcoming set. The worldbuilding team discussed elements of a world, such as environments, creatures, and cultures, and the concept push helps us create enough art references to support a full card set. This is also when we get to explore ways to make these creatures visually unique.

Vampires exist on Innistrad, Zendikar, and Ixalan and they all have visuals and narrative details that are unique to each plane. Some of those differences are driven by game mechanics at play in each set, and some is determined by the themes and worldbuilding details of the plane. A brooding, sinister vampire of Innistrad would stick out among the adventuring vampires on Zendikar.

Who are your top 3 favourite creatures and why?

From Midnight Hunt, I’m particularly fond of Beloved Beggar. I think the card tells such a wholesome and heartwarming story across two frames of artwork and flavour text. Plus, I can never say no to Serra Angel’s stats.

My other two favourites would be Delver of Secrets, a return to one of Magic’s historically most powerful creatures, and Champion of the Perished, a cheeky callback to Champion of the Parish from the original Innistrad set.

With so many different creatures in the MTG universe and beyond, how does the team keep the creation process unique?

What are some of the challenges and rewards you faced with the creatures?

Innistrad is a fun challenge when it comes to the creatures of the plane. It’s a delicate balancing act of making the humans feel scared and on the back foot but without making them defenceless or hopeless. One of the best challenges is how to give the human’s a sense of agency and find the moments of heroism they need to fend off the darkness.

As for rewards, the best reward of all is seeing any of the creatures we designed deal the finishing blow in a game!

Lastly how do you think fans of MTG will embrace the new set?

It’s no surprise that Innistrad is such a fan-favourite plane – so many people are fans of gothic horror and other horror archetypes. I think any horror fan worth their salt will love this folk horror return to the plane and find so many small references and nods to the genre to explore. I also think Magic fans in general will have a lot of fun with the story and the new card interactions that have just been made available.