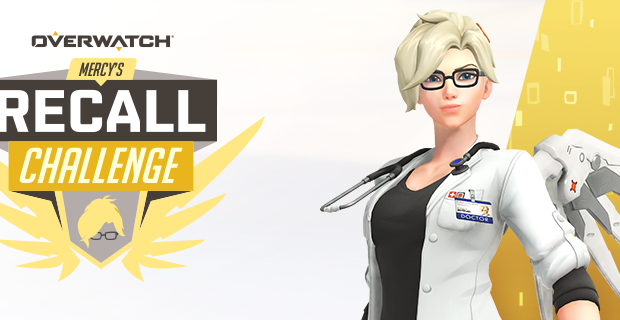 Support has arrived! Learn more about brilliant head of medical research, Mercy, in the latest Overwatch short story, “Valkyrie.” Penned by Michael Chu and illustrated by Nesskain, “Valkyrie” sees Dr. Angela Ziegler confront her past and wrestle with whether she should join the fight again…

From 13 November – 3 December AEDT/NZDT, players will be able to get back in the fight and obtain eight sprays, a player icon, and the legendary Dr. Ziegler skin for a total of 10 new rewards.

Your wins in Quick Play, Competitive Play, or Arcade will earn you a new player icon, two new sprays, and a new legendary skin: Dr. Ziegler:

Additionally, we’re bringing you Twitch Drops every time you tune in to participating broadcasters through 3 December. Simply log on and watch to earn six Mercy’s Recall Challenge sprays: