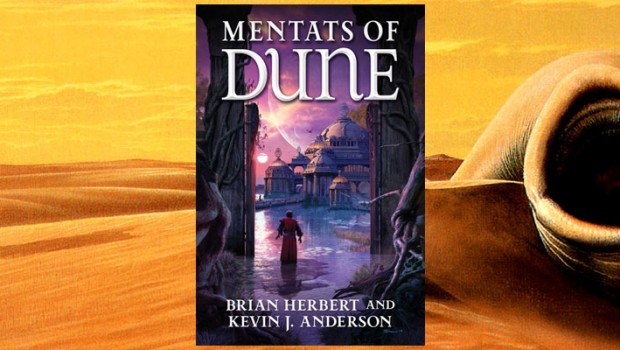 Summary: It's the perfect sci-fi space opera and both Herbert and Anderson should be commended on another enjoyable Dune novel.

Co-written by Brian Herbert and Kevin J. Anderson, Mentats of Dune takes place well before the original Dune novel (Frank Herbert) and is the sequel to The Sisterhood of Dunes which is part of the Great Schools Trilogy. The series touches upon the reluctant to embrace technology and how some have allowed humans to cross this barrier to become a powerful type of human-computers with thinking patterns that are quite unparalleled and may very well change the evolution of humanity.

Unfortunately not everyone favours the idelogies of Gilbertus Albans who has founded the Mentat School in order to enable his students to fine tune their minds as the antitechnology fanatics lead their own zealotted attacks on this new technology even though they embrace technology for their own needs in this complex sci-fi political story.

With that said, Mentats of Dune at times can be quite a complex read, especially with its links to other novels in not just the series but also the original work of Dune creator Frank Herbert. Thankfully writers Brian Herbert (son of Frank Herbert) and Kevin J. Anderson ensure that their web of several stories are successfully irrevocably linked as this battle continues between two factions, one based in ancient lore and the other in futuristic technological achievements.

Of course it would not be a Dune novel without the fabled world of Arrakis and its Spice that is the heart and core of the Dune universe and fortunately plays an interesting role in this story, not to mention the political intrigue, especially that of Josef Venport. The characterisation of Mentats of Dune is almost flawless and even though the novel is a little slow to start, when the story does pick up, so does the role of each and every character in this intricate story about the fate of mankind.

It’s the perfect sci-fi space opera and both Herbert and Anderson should be commended on another enjoyable Dune novel. 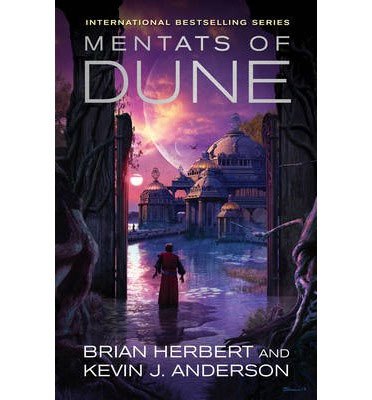