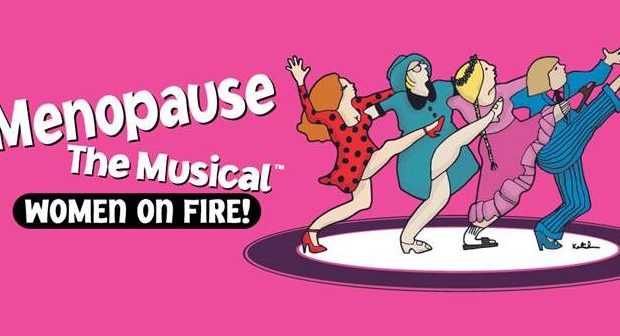 The absolute smash hit Menopause The Musical is back with all new choreography and starring ‘leggy’ superstar Jackie Love along with the return of Caroline Gillmer (Underbelly), Donna Lee (Beauty & the Beast) and Lena Cruz (Priscilla The Musical). Renowned Director & Choreographer Tony Bartuccio gives a fresh and contemporary edge to the worldwide smash celebrating women and the change!

The original Menopause The Musical debuted in Melbourne in 2005 for a six week season which was extended to six months. The show then went on to tour other capital cities for five years and was seen by 980,000 theatre goers across the country. Worldwide, it has been seen by 11 million people since it first opened in Florida, USA, in 2001.

Menopause The Musical follows the story of four women who meet at a lingerie sale and discover they have plenty in common, including memory loss, night sweats, hot flushes, too much sex, not enough sex and much more!

If you loved the original – you’ll love Menopause the Musical – Women on Fire, which will include 6 new songs and lots of new gags. Featuring entertainer, Jackie Love as The Soap Star. Jackie is a much loved Australian artist and personality, performing from the age of 12. Winning multiple awards, she’s appeared on TV, in major Musicals and on stages around the world. In fact, because of her international touring Jackie sings in 11 languages.

Now the side-splitting celebration of all things menopausal continues in the all-new Menopause the Musical – Women on Fire!