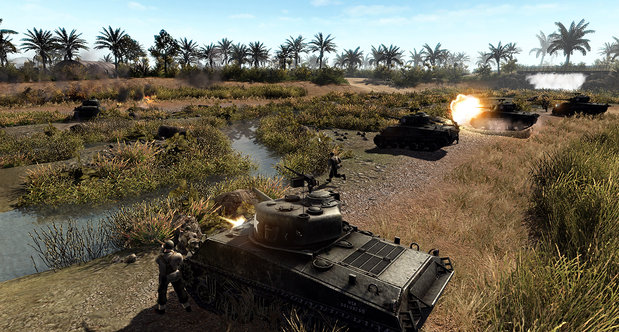 MOSCOW, Russia — February 20, 2014 – 1C Company is excited to announce that
Men of War: Assault Squad 2 early access program starts today at 10 AM PST. Early access is available to all customers that have pre-ordered the game.

The game is available for pre-order on Steam and other digital stores. Pre-order offers a 20% discount and an additional 10% off for all Men of War: Assault Squad users.

This is the next chapter in the award-winning Men of War series and a continuation of the Men of War: Assault Squad experience.

This new Assault Squad game brings significant game engine and visual improvements as well, with special attention paid to ones that were highly requested by the players.  These included items such as advanced multi-core support, advanced shader technology, interface and AI improvements, as well as added camouflage depending on season/map, fully updated inventory items with new graphics and updated vehicles, sound improvements, Steam multiplayer and much more.

More information about the game can be found at www.menofwargame.com