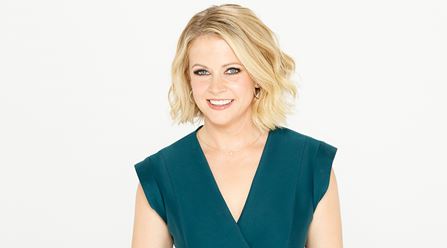 What does a tween with all of the answers and your friendly neighbourhood witch have in common? Melissa Joan Hart, of course! Whether you know her as Clarissa, Sabrina or just plain old Melissa, the nineties sitcom sweetheart (and one of the busiest working mums in Hollywood) will be casting spells over Oz Comic-Con Perth and Adelaide this March and April.

Since putting away her spells, Melissa Joan Hart has starred in Melissa and Joey, written a memoir and worked as a director, all while raising her three young sons. She also provided the voices of aunts Hilda and Zelda in the animated Sabrina series, while her younger sister took over the title role.

If you’ve ever wanted Clarissa to Explain It All to you, Oz Comic-Con will be your chance as Hart takes to the stage each day for exclusive question and answer panels. For fans who Can’t Hardly Wait to meet her, Hart will also be taking part in professional autograph and photograph opportunities.

Hart is the latest guest to be added to the lineup for Oz Comic-Con Perth and Adelaide, joining Jason Momoa (Game of Thrones, Aquaman), David Giuntoli and Bitsie Tulloch (Grimm), Alaina Huffman (Supernatural) and Brian O’Halloran and Marilyn Ghigliotti (Clerks).

Oz Comic-Con will be held in Perth at the Perth Convention and Exhibition Centre on March 25-26, and in Adelaide at the Adelaide Showgrounds on April 1-2.