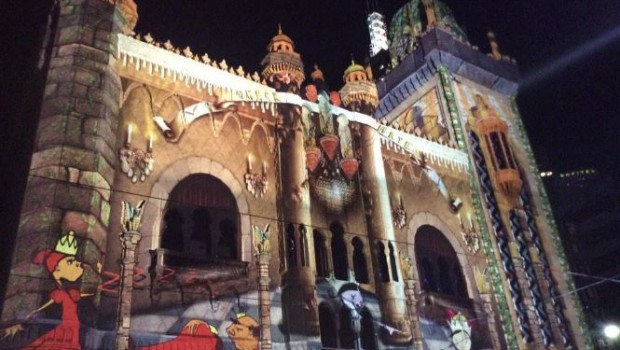 Melbourne turned on a stunning night for the local and international visitors who navigated their way through 9 cultural precincts featuring more than 80 free events. From the National Gallery in the south, along the banks of the Yarra River and Birrarung Marr, through the centre of the city to the new Melbourne Museum precinct in the north, artists from Australia, France, Portugal, Greece, Canada, UK, USA and Morocco captivated and delighted audiences from dusk til dawn.

Artistic Director, Andrew Walsh commented “The third iteration of White Night Melbourne has been a success. We would like to thank all the artists, from Australia and around the world, who participated and the hundreds of thousands of visitors who marveled at their works from dusk to dawn. A project of this scale requires partnerships and participation with and by a broad range of stakeholders and authorities, we’d like to recognise the support of Victoria Police, Public Transport Victoria, Ambulance Victoria and City of Melbourne.”

Organisers said one of the most pleasing aspects of this year’s event was how well received the changes to the event were – the new event precinct design accommodated half a million people comfortably, and helped ensure the crowd numbers were spread more evenly across the entire 12 hours.

Highlights from the night included the 4 Elements coming to life on the façade of the Royal Exhibition Building, the transformation of the Yarra River and Birrarung Marr into a Little India in Sita’s Garden, luminous plastic bodies dancing across the moat National Gallery of Victoria as part of KEYFRAMES and the amazing, animated chimerical world of Hicham Berrada, the Wonderland projections on Flinders Street, flame sculpture The Crucible at Birrarung Marr, Sofles-Graffiti Mapped in the Mackenzie Street carpark and the celebration of the 150th anniversary of Lewis Carroll’s Alice in Wonderland at the State Library. The music stages were once again a major hit with thousands of visitors enjoying all-night live music from Jazz @ the Forum to I Could Have Danced All Night and, Music for a World Stage on the Melbourne Museum forecourt to the Indie Music Stage in the Alexandra Gardens.

The hashtag #whitenightmelb was the top trending tag in Australia on Twitter last night.