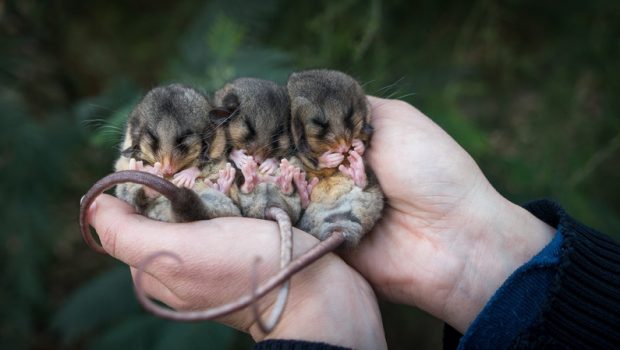 Melbourne Zoo today unveils its full Zoo Twilights 2020 lineup, with the iconic outdoor concert series once again set to showcase a diverse mix of top local and international acts in the breathtaking open-air surrounds. Melbourne’s must-see summer music event will run each weekend, from 24 January to 7 March, with all proceeds from this year’s series going towards Zoos Victoria’s efforts to save the critically endangered Mountain Pygmy-possum from extinction.

The program kicks off on Friday January 24 with the glitter-cannon bang of Confidence Man – the dance-pop “enfants terrible” who have won over crowds everywhere from Glastonbury to Splendour in the Grass and Golden Plains. The upbeat Brisbane-based duo will be the dance-floor tour guides to the Zoo Twilights opening night party with support from the Ken Done-toned, sun-drenched psychedelia of Melbourne DJ collective Wax’o Paradiso.

The sky above Zoo Twilights will shimmer an electric blue when ICEHOUSE takes to the stage beneath it. Led by the creative brilliance of frontman Iva Davies for over 40 years, ICEHOUSE elevated the standard for Australian music locally and internationally in the ’80s and ’90s with an extensive catalogue of irresistible anthems – like “Hey Little Girl”, “Crazy”, “Electric Blue” and, of course, “Great Southern Land” – that saw them earn multi-platinum status around the globe and remain a chart staple for decades.

One of the most influential acts to come out of Jamaica, Toots & The Maytals are not only pioneers of reggae, they gave the genre its name. Punctuated by Frederick Toots Hibbert’s distinctive voice, the band’s buoyantly infectious ska and rocksteady anthems “Pressure Drop,” “54-46 (That’s my Number)” and “Funky Kingston” have had an enduring global influence. After spending decades bringing reggae to the rest of the world, the indefatigable nine-piece will transform Zoo Twilights into a Caribbean paradise.

Since winning triple j Unearthed in 2001, Missy Higgins has inhabited a unique place in the hearts of Australians thanks to a succession of hit songs including “Scar”, “The Special Two” and “Futon Couch”. A night in Higgins’s audience is an immersive journey through the best of Australian pop. She’ll be supported by the much-lauded Australian singer-songwriter William Crighton for a truly magical night of music.

After selling out three Zoo Twilights shows last year, eternal summer favourites The Cat Empire return for the third year running, this time supported by Queensland Music Award winner Emily Wurramara. Since 1999, the unstoppably energetic seven-piece Melbourne band have shared their inimitable brand of Latin-and roots-inspired pop with hungry fans in every corner of the world, lighting up dancefloors and establishing themselves as international festival favourites.

Manchester’s loved musical sons, 10cc invite fans of all ages to indulge in a night of nostalgia. The art-pop icons took the world by storm in 1975 with their innovative ballad “I’m Not in Love,” and it remains a singalong gold standard to this day. This summer, the band will perform alongside one of Australia’s most enduring performers, Russell Morris. Since releasing the psych-rock classic “The Real Thing” 50 years ago, Morris has recorded 14 albums, been inducted into the ARIA Hall of Fame, and picked up a bunch of platinum record plaques along the way.

One of the country’s most ambitious and prolific live acts, 2019 Australian Music Prize-nominated Methyl Ethel arrives at Zoo Twilights to deliver their unique brand of richly layered, synth-hued noir-pop. Appearing at Twilights on the heels of a North America and UK tour, the 4AD-signed act will be supported by the transcendent new-wave textures of Hatchie, hailed by Pitchfork as the “dream-pop idol of tomorrow.”

Tickets on sale 8am (AEDT) Tuesday, October 22 at www.zootwilights.org.au