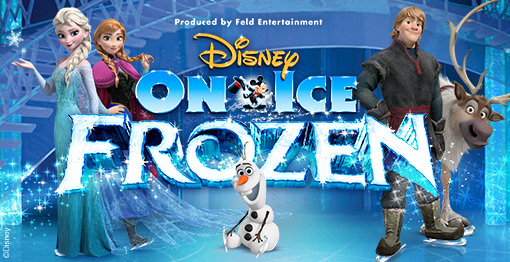 Melbourne has fallen in love with Disney On Ice presents Frozen and the demand for tickets has been so overwhelming that the tour will return for 3 new shows on Saturday 22 July (10am & 2pm shows) and Sunday 23 July (10am show). Tickets for the new shows will go on sale at 9am on Tuesday 6 June.

2017 marks 30 years since Feld Entertainment first toured Australia with an ice show and this absolute MUST SEE magical event of the year, Disney On Ice presents Frozen, has taken Melbourne by storm.

Audiences will be enchanted with the much loved Anna, Elsa and the lovable snowman Olaf as well as experience never before seen characters, including Grand Pabbie and the Trolls and the Marshmallow. Hosted by Mickey and Minnie, this live spectacular which will feature the full story of Frozen, as told in the Academy award winning film.

Audiences across Australia are invited to escape to a breathtaking, magical world. Perth fans of all ages have been captivated by the ice spectacular this past weekend “…..backflips, spirals and coordinated ice dance moves, stunning sets and a cast of thousands wearing brightly coloured costumes were impressive…”  Perth Now

Disney On Ice presents Frozen will transform the stage into the wintery world of Arendelle inviting audiences to accompany Anna on her epic journey to save her sister Elsa and the kingdom of Arendelle. The immersive show experience features world class ice skating and dazzling special effects.