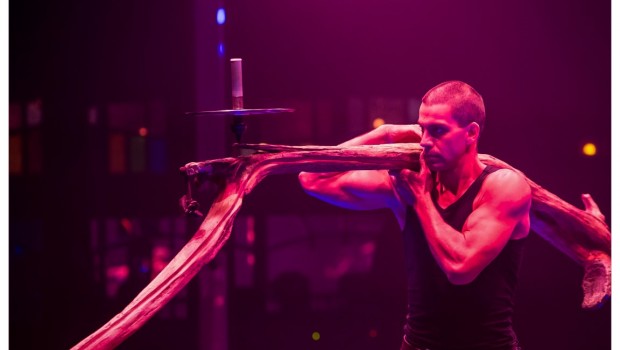 Melbourne season of EMPIRE by Spiegelworld extended until May 11 2014

“as big and brassy as ever” – Herald Sun
“a surreal and beautiful visual experience – Everguide
“a must see event” – The AU Review
“highly memorable, wondrously diverting” – Theatrepress.com.au
“unlike anything you will have ever seen” – Broadway World

EMPIRE by Spiegelworld opened its return Melbourne season on the Rooftop at Crown last week to  glowing reviews. Due to popular demand, Spiegelworld is delighted to announce that three new weeks  have been added to the Melbourne season, with the hit spiegeltent show from New York City now  playing until May 11 2014.

Tickets for the final Melbourne shows will go on sale at 9am tomorrow, Saturday March 22  from www.ticketek.com.au. No further season extension will be possible with EMPIRE continuing on  with its world tour from June.  The Herald Sun recently awarded the show 4 stars, stating “if you survived last year’s romp, you’ll  know what to expect. If you haven’t seen this collection of heady delights, then think burlesque circus  cabaret.” Stage Whispers declared, “sometimes one standing ovation just isn’t enough; so be
prepared to be on your feet two or three times when you see this sensational production. Anyone who  isn’t swept away by the energy and magic on offer needs their pulse checked.” Aussie Theatre  described the show as capturing “everything that makes the intimacy of these mirrored tents so  special and combines it with acts so originally dazzling, jaw-dropping dangerous and blush-inducing  hilarious that it re-ignites the most jaded love for circus and burlesque”.

Presented in Spiegelworld’s 700-seat antique spiegeltent, EMPIRE smashes the boundaries of circus,  cabaret, vaudeville and burlesque, reinventing the genres for a 21st century audience. Featuring the  sexiest, most daring artists from across the globe, the show had its world premiere season in New  York City during the summer of 2012, where it was the first tented show ever seen in Times Square.  Spiegelworld is also currently presenting Absinthe on the forecourt of Caesar’s Palace in Las Vegas,  where it is has just celebrated its 1500th performance. Spiegelworld’s latest venture brings them back  to Las Vegas with the creation of Vegas Nocturne, the anchor live entertainment inside Rose. Rabbit.  Lie. only at The Cosmopolitan of Las Vegas.