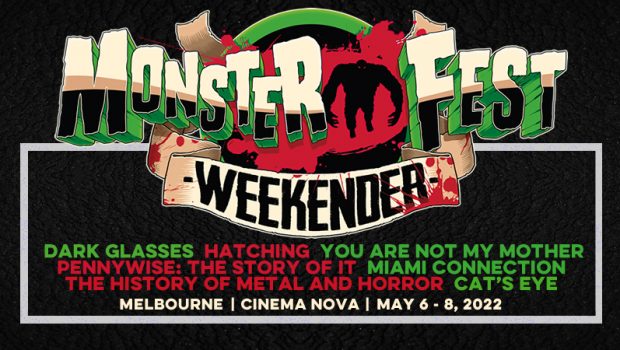 MONSTER FEST returns to Melbourne for a mid-year three-day mini-festival, MONSTER FEST WEEKENDER from Friday 6th – Sunday 8th May at Cinema Nova, featuring the latest transformative and transgressive genre cinema from across the planet along with stunning restorations of some pop-culture classics. 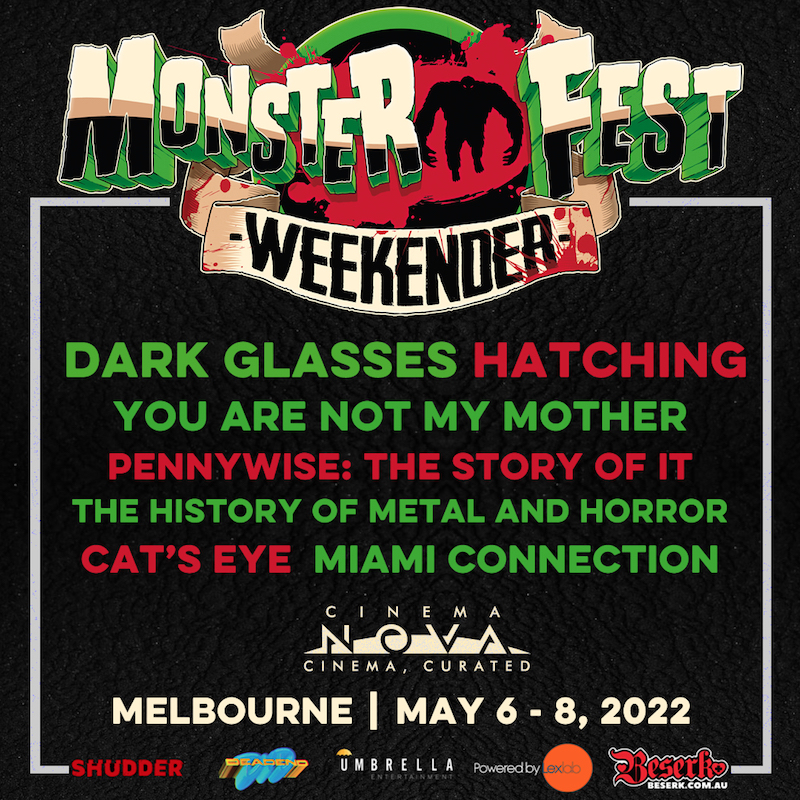 Grab your black gloves and reach for a straight razor as horror maestro Dario Argento returns with DARK GLASSES, an innovative and brutal giallo that pairs a visually-impaired woman with a young boy in pursuit of a serial killer.

Fresh from its world premiere at Sundance, filmmaker Hanna Bergholm‘s HATCHING is a satirical and transformative body horror come creature feature that sees a girl on the cusp of adolescences nurse an abandoned egg to a nightmarish juvenility.

YOU ARE NOT MY MOTHER | DIR. KATE DOLAN
IRELAND 2021 | AUSTRALIAN PREMIERE

Writer/director Kate Dolan makes her feature-film debut with YOU ARE NOT MY MOTHER, an unnerving and dread-fuelled tale of a teenager attempting to uncover the puzzling disappearance of her mother and her far more mysterious and sinister return.

PENNYWISE: THE STORY OF IT is ‘the’ definitive documentary on the history and enduring legacy of Tommy Lee Wallace’s adaptation of Stephen King’s IT, lovingly crafted by longtime fan and Monster Fest alumni John Campopiano and fellow documentarian Chris Griffiths, this is the final word on the 1990 mini-series that launched a thousand nightmares and for some lifelong coulrophobia.

Metal and horror have long shared a close association and filmmaker Mike Schiff‘s THE HISTORY OF METAL AND HORROR examines how these perceivably dark and undeniably transgressive arts originated and their evolution through time via interviews with some of the most influential musicians and filmmakers of both mediums.

Monster Fest is proud to present the World Premiere 4K Restoration of CAT’S EYE, directed by Lewis Teague (CUJO, ALLIGATOR) and with a screenplay by Stephen King, this benchmark anthology horror is comprised of three tales, two of which are adapted from King’s own NIGHT SHIFT collection and a third written directly for the screen.

Y.K. Kim & Woo-sang Park‘s MIAMI CONNECTION is a martial arts and music extravaganza that despite poor box office and harsh critical reception upon release has gone on to become a beloved cult classic and there’s no better time to discover (or rediscover) it for yourself than at our 35th Anniversary Screening, held in conjunction with Umbrella Entertainment.

VIP Pass – $119
Valid for all 7 sessions from Friday 6th May through
Sunday 8th May 2022. It cannot be used for multiple
tickets to the same session or potential encore screenings.