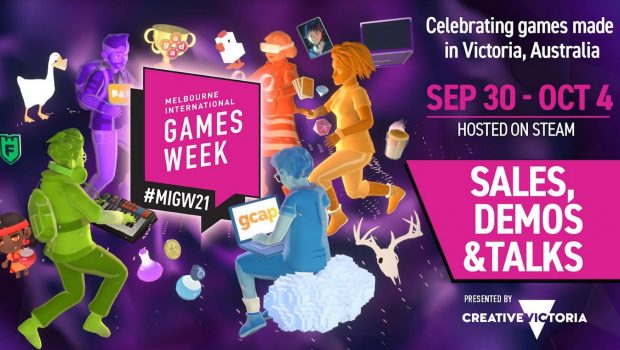 The Festival will also showcase Victorian developers and their games over four days, offering demos and discounts on certain products. Games featured as part of the sale will be available up to 8 October 2021, 3am AEST.

Now in its seventh year, MIGW is the biggest games event in Asia-Pacific and a fixture on the global calendar, connecting games, technology, and culture, with a broad program for industry, educators, and games enthusiasts alike. The launch of the MIGW Steam Festival provides the ideal opportunity to showcase the incredible games developed by Victorian developers as well as content from
key industry bodies for the rest of the world to explore.

Visitors can support the local industry by purchasing the MIGW Steam Festival Supporter Pack, a discounted Steam game bundle offering some of the amazing products coming out of Victoria, including digital board game RPG Armello, Paperbark (which tells the story of a wombat), top-down SWAT game
Hot Brass, Frog Detective and multiplayer exploration game Feather.