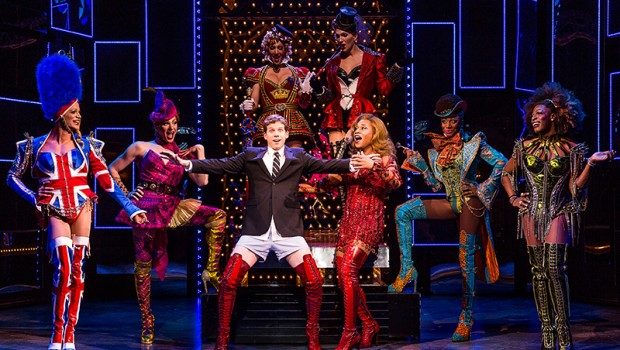 MELBOURNE GETS KINKY! TICKETS ON SALE FOR HIGH-HEELED BROADWAY HIT

“A roaring success. There’s no business like shoe business.”

Kinky Boots officially opened on Broadway in April 2013, scooping six Tony Awards, including Best Musical and Best Original Score Written for the Theatre – the first time a solo female composer has ever won the award.  The production also took home the 2014 Grammy Award for Best Musical Theatre Album. The blockbuster Broadway hit opened in London’s West End in September 2015, winning the Radio 2 Audience Award for Best Musical at the London Evening Standard Theatre Awards. Further productions are also currently playing in Toronto and on tour in the US.

“What an absolute hoot of a show this is… total box office family entertainment!” The Times

“The hottest musical on Broadway!” The New York Times

Inspired by a true story and based on the Miramax film by Geoff Deane and Tim Firth starring Joel Edgerton, Kinky Boots tells the story of Charlie Price who has reluctantly inherited his father’s Northampton shoe factory. Trying to live up to his father’s legacy and save the family business from bankruptcy, Charlie finds inspiration in the form of Lola, a fabulous entertainer in need of some sturdy stilettos. Lola turns out to be the one person who can help Charlie become the man he’s meant to be. As they work to turn the factory around, this unlikely pair finds that they have more in common than they ever dreamed possible – and that when you change your mind, you can change the world.

Minister for Tourism and Major Events, John Erin said today: “Kinky Boots isn’t just a showstopper, it’s a powerful story too. It’s one of equality, fairness and inspiration. It’s no surprise that a Broadway show of this size is coming to Melbourne. We’re a leader for the big cultural events, and we do them so well.”

Tickets are available from www.kinkybootsthemusical.com.au