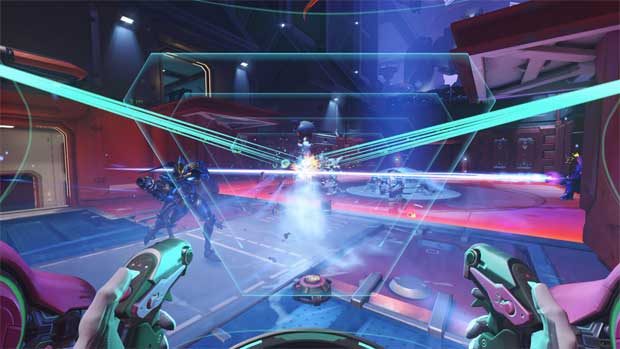 The global esports economy is expected to reach $ USD 1.4 billion in revenue by 2020, with Overwatch being one of the major titles dominating the industry.

Released in 2016, Blizzard Entertainment’s team-based action game, Overwatch, showcases a diverse cast of heroes who battle in colourful, dynamic locations across the globe. Overwatch has quickly grown into one of the world’s most popular games, with more than 40 million players.

In Overwatch Contenders Australia, 12 of the highest-performing teams across Australia and New Zealand will battle for their share of a $67,000AUD Season 2 prize pool. The top four teams from the regular season will advance to the Melbourne Esports Open for the Season 2 Playoffs live on stage.

TEG CEO Geoff Jones has welcomed the inclusion of the Overwatch Contenders Australia Season 2 Finals to an action-packed two-day schedule at the Melbourne Esports Open.

“From the outset TEG had a vision of esports as major event live entertainment in world-class arenas with big crowds just as passionate and engaged as a major footy final,” said Jones.
“I am sure that the Melbourne Esports Open will live up to this billing in its debut year. Not only do we have an array of top pro teams and the most popular titles, but we have a magnificent precinct at Melbourne Park.

“The many esports activities for fans and the chance for anyone with the skills to compete and showcase their style in multiple esports titles in Margaret Court Arena cap off a fabulous esports entertainment schedule.”

Tickets to the Melbourne Esports Open are on sale today Thursday 21 June at 2pm from ticketek.com.au. Prices start at $19.90 for juniors and $29.90 for adults. Family day passes start from $79.70.