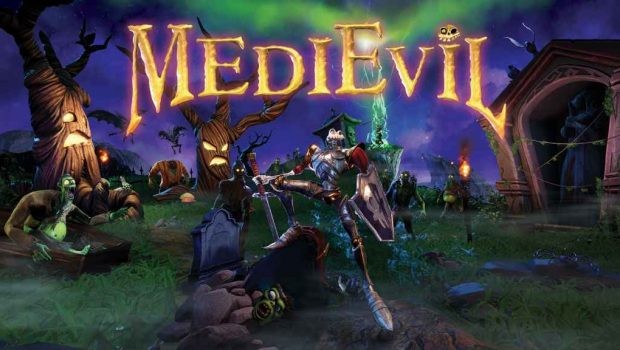 Remaking a classic title from the days of videogames past seems like an easy way to make money, as evident by the success of recent efforts such as the Crash Bandicoot N. sane Trilogy and the Spyro Reignited Trilogy; with a built in fanbase that’s now all grown up and ready to splurge their disposable income on all manner of nostalgia inducing media, we’re seeing  more and more developers return to the well and dredging up old IPs to repackage and repurpose for both long time fans and potential newcomers. 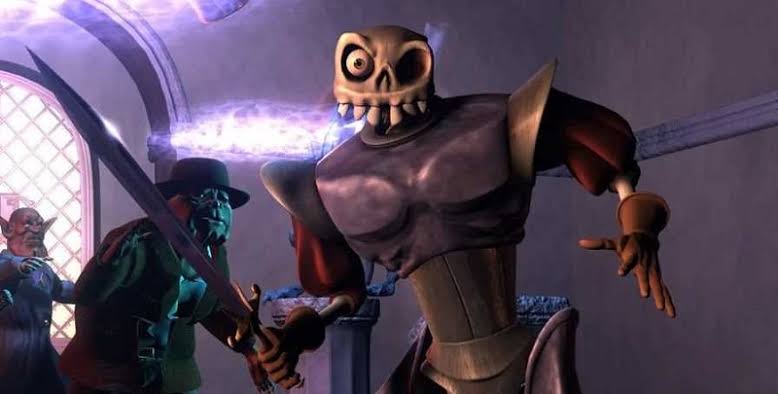 Medievil wasn’t quite as revered in gaming circles as the two aforementioned series’ but it definitely still held a place in the heart of many an old school PSX veteran; personally, I have fond memories of running through the level contained on a demo disc that had come bundled with a magazine I’d picked up in the days of my wayward and I later endeavoured to rent the title from those long forgotten archaic institutions known as “Video Stores” (Younger readers, ask your parents about these relics of a bygone era).

Medievil’s biggest strength, to me at least, has always been its unique visuals and character designs, partially cribbed from films like The Nightmare Before Christmas but with enough tweaks and variations to competently stand out from the crowd as its own thing; this charming aesthetic still holds up to this day, but unfortunately a lot of other elements of the game fail to make the transition as smoothly. 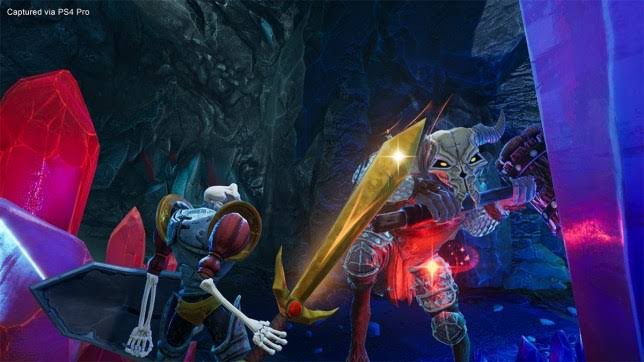 One of the main purposes behind remaking a classic title, aside from generating that sweet cash money, of course, is to update the control schemes, camera and the like to fall more in line with the expectations of a modern audience. The PSX may have had some banger titles back in the day but many were hampered by awkward and fiddly camera controls, something that was especially prevalent before the introduction of the Dual Shock controller with its analogue sticks.

Many games found ways to work around the issue but, for the most part, it always felt clunky and made the transition into the era of three dimensional gaming a much harder proposition than it perhaps should have been. 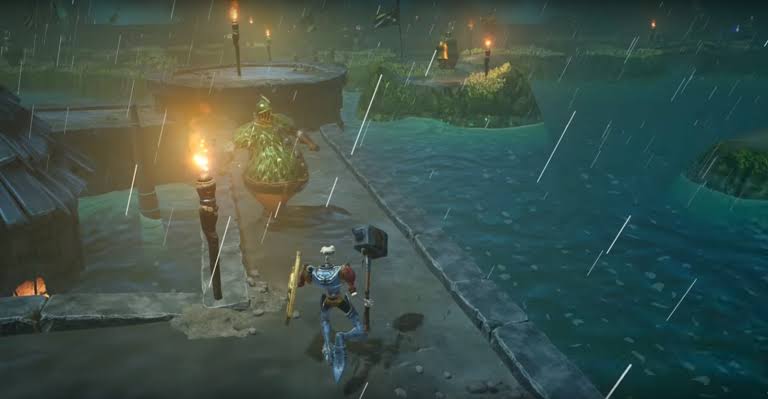 Of course, those days are now long behind us, so imagine my shock when I booted up Medievil and found myself struggling time and time again to manoeuvre the camera whilst running about the gothic environments.

It appears that, in an attempt to straddle the line between modernising the game and retaining the elements that made it such a beloved classic, developer Other Ocean Emeryville have fallen too far towards the side of the former, much to the detriment of the game. 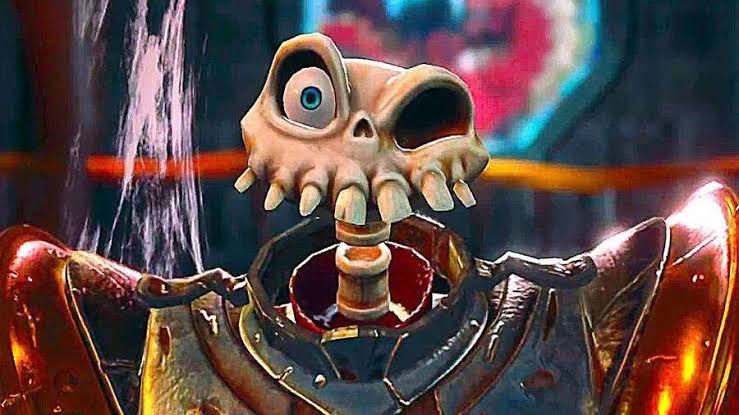 The story of Sir Daniel Fortesque’s redemptive journey makes for a fun romp even today, and the quirky cast of characters you run into are all endearing in their own way and boast solid vocal performances across the board; in fact, from a presentation standpoint, I’d go so far as to say that the game is practically flawless, which makes it sting even more that the actual gameplay just fails to hold up to what is expected in this modern era of gaming goodness.

Aside from the aforementioned camera issues, the game suffers heavily when it comes to controlling Sir Fortesque, with imprecise and weightless combat exacerbated by stiff and almost unresponsive controls that turn even relatively straightforward platforming sequences into trial and error nightmares. Modern audiences will be stunned to find that you can’t lock onto enemies at all, instead being forced to flail wildly in the general direction of a foe and hoping against hope that you’ll connect.

You possess a shield but will more than often take a hit or two whilst trying to connect, which serves to compound the frustration you’ll already have due to fighting with the controls more frequently than with the onscreen enemies. 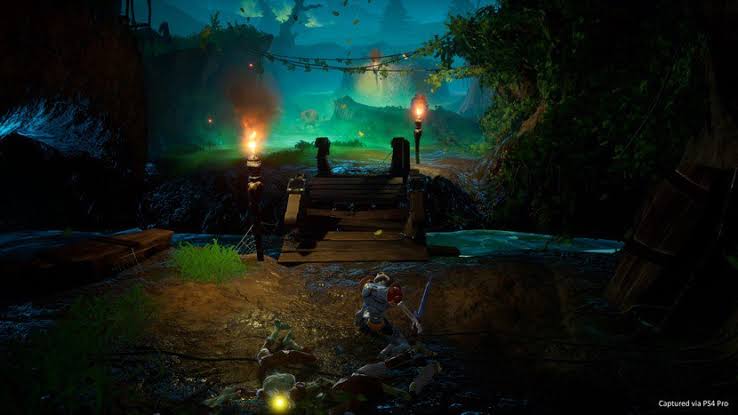 Medievil features all twenty of the original levels present in the original game, offering up chalice challenges and proudly boasting that the level design is so true to the original that one could feasibly use a guide from the 1998 version to help guide their way.

One thing using an old guide won’t cover, however, is the addition of Lost Soul quests, which see you complete all-new questlines for myriad characters throughout Gallowmere, the successful completion of which will net you the option to play the original game in all of its anachronistic glory… That’s right, for purists there is the entire unaltered PSX game available here, the only catch being that you have to run through the remake at least once in order to unlock it. 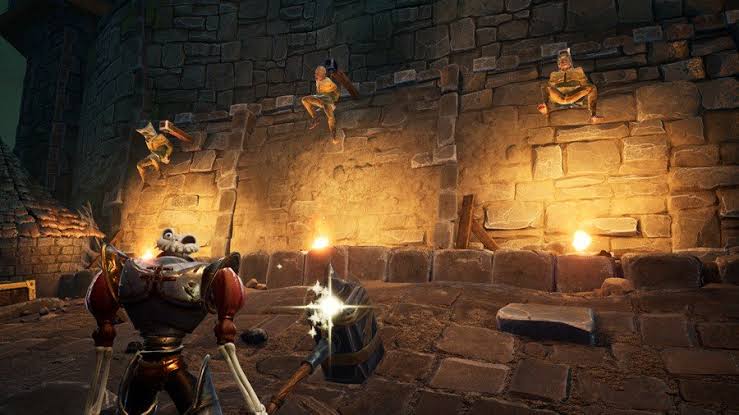 As you’d expect, the graphics are much more detailed and crisper than anything the old PSX was capable of cranking out, with the attention to detail for both the characters and the environments something to be commended; the art design of the original game was truly one of its strongest points, as I mentioned earlier, and here you can see all of them resplendent in their glory and as close to the original designers intentions as possible.

The audio is just as strong, for the most part, with a mixture of old recordings mixed in with new ones for the vocal performances and a robust and stirring score that effectively evokes an appropriately creepy atmosphere. 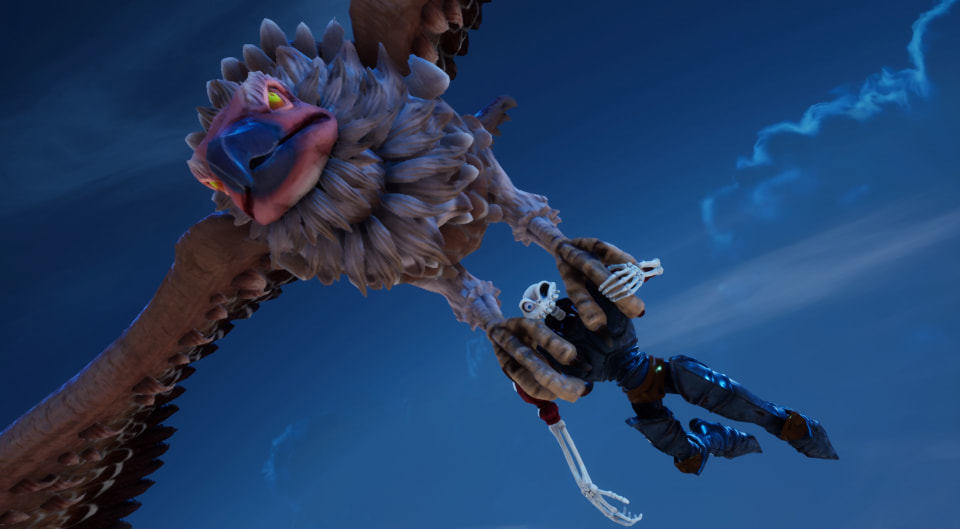 Medievil’s biggest downfall is its rigid adherence to its source material, anachronistic gameplay elements and camera controls included. As much as I wanted to enjoy my time within the charming limits of Gallowmere, all too often I’d find my enthusiasm dampened due to the imprecise combat and clunky controls.

It’s a shame, as Medievil still possesses so much personality that just endears the characters and premise to the player, but actually trudging through the game is nowhere near as fun as I’d initially expected when I heard that it was being remade for a current audience.

As such, it’s a hard game to recommend, due to being just too darn faithful to the original for its own good; if you’re a diehard fan of the original game and can contend with the issues outlined above, then by all means give Medievil a shot, but with a wealth of excellent platforming and adventure titles available on the PS4, it’s hard to see a reason to play this over one of its contemporaries aside from the nostalgia factor. 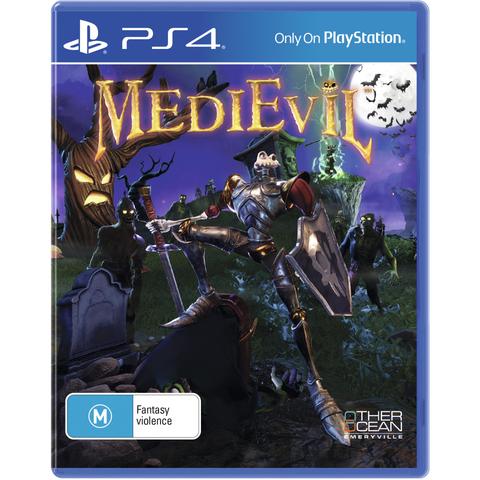