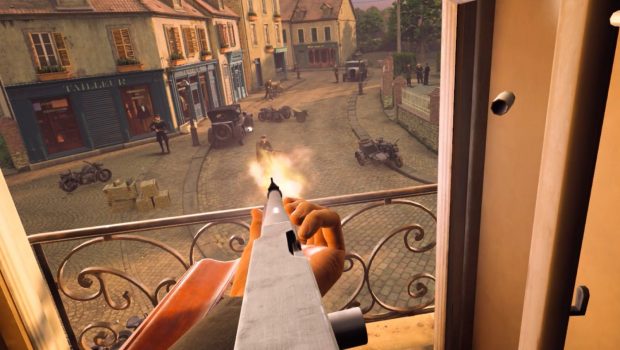 MEDAL OF HONOR: ABOVE AND BEYOND, COMING EXCLUSIVELY FOR VIRTUAL REALITY, ON OCULUS RIFT

Today at Oculus Connect 6, Respawn™ Entertainment, a studio of Electronic Arts Inc. (NASDAQ:EA) and Oculus from Facebook revealed Medal of Honor™: Above and Beyond, coming next year exclusively to VR, on the Oculus Rift platform. Medal of Honor: Above and Beyond will deliver its most authentic and immersive World War II experience from the series to date.

The game, which is being built for Oculus Rift from the ground up by a team comprised of veteran developers of the series, will put players in the role of an agent in the Office of Strategic Services (OSS). Players will go behind enemy lines to sabotage Nazi facilities, subvert enemy plans, and aid the French Resistance. Players will also experience a rich, exciting single-player campaign that takes them through historic events on land, air, and sea, all in virtual reality. Watch the first gameplay footage in the developer diary here