One of my all-time favorites MechWarrior games was Mercenaries. It was an incredible MechWarrior experience. Now after all these years with no Single player MechWarrior games, now finally, MechWarrior 5 Mercenaries is going ground pound onto the scene. We are very fortunate to be able to ask a few questions to the President of Piranha Games Mr. Russ Bullock.

For those that may not know Piranha Games is behind the very well done and successful MechWarrior Online, so the MechWarrior franchise and this next game could not be in better hands.

Impulse Gamer/ Edwin: In earlier MechWarrior games, a building would be blasted…a chunk fly off, then just big pieces fall down like blocks….How detailed will destruction be modeled in the game?

Russ Bullock: Environmental destruction will range depending on where you are – if you’re in an urban setting, using the buildings as a shield can work, but eventually with enough damage the building will erode enough to blast your enemies. Walls can be knocked down as well and you can smash through buildings depending on which Mech you’re in. Basically, if it looks generally of Mech height or smaller it’s a good bet it can be completely leveled. 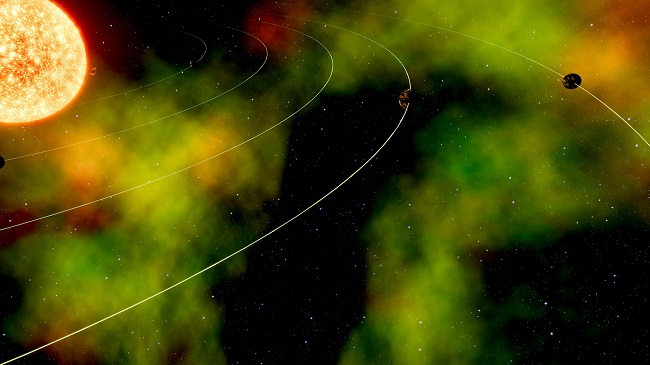 Impulse Gamer/ Edwin: Speaking of destruction in the game, how much detail damage will we see on mechs in battle, or even in our own cockpits?

Russ Bullock: Every mech is made up of 11 targetable components each of which has 3 states being Armor remaining, Internal Structure exposed and completely destroyed all represented graphically on the mech as it deteriorates in combat.

Impulse Gamer/ Edwin: Will we be able to target different parts of an enemy mech, like say the legs, and if so what result will this have game wise, both visually and as a mercenary, financially?

Russ Bullock: You can target all 11 components of the mech as just discussed, whether or not that will result in more salvage and finances depends on your contract. Some contracts may not contain much in the way of salvage rights, especially early in the game when your reputation is low. 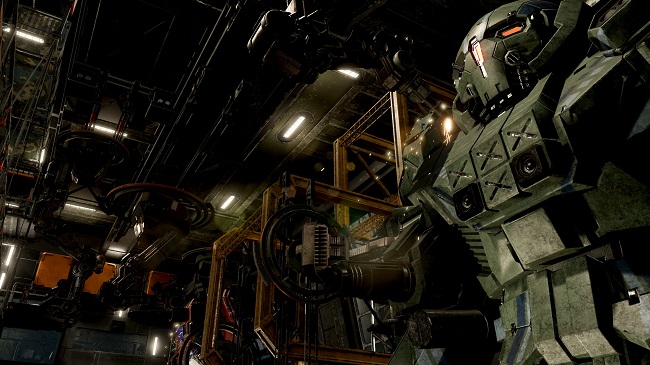 Impulse Gamer/ Edwin: One of the things about being a Mercenary is that salvage rights are a bigthing. So with that in mind, the less damaged an enemy Mech is after abattle the more it would be worth either in selling it, or less to fix it up and add to your own lance. How does the salvage system play into the game and what does it include? (Like for instance are Weapons, armor and ammo salvageable?)

Russ Bullock: Yes, all the individual components of a mech are salvageable and yes, the damage state of the mechs on the battlefield will play into what is available. However, the terms of your contract will dictate how or what types of salvage you will have access too. Your negotiation power will grow with your reputation. 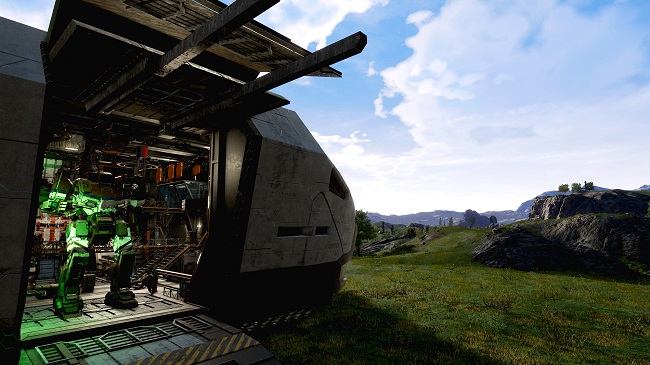 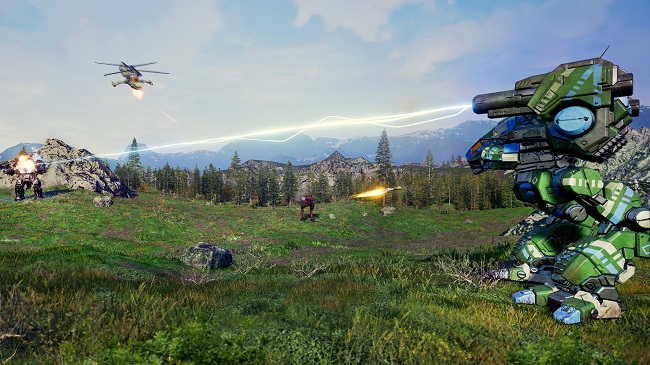 Impulse Gamer/ Edwin: Do drop ships play more of a roll in the game? On the other hand, are they just big Taxicabs? Game wise, what can we do with and or IN the drop ships?

Russ Bullock: In MechWarrior 5 the dropship is your home and this is where you will spend significant time walking around the Mech bay managing the repairs and affairs of your unit. Everything from the damage of your mechs from your latest mission will be on full display in your dropship. 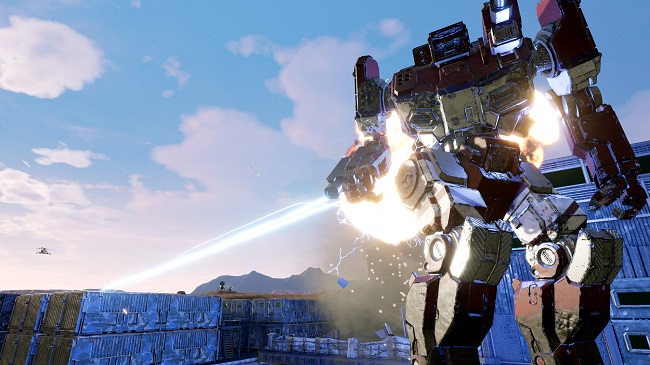 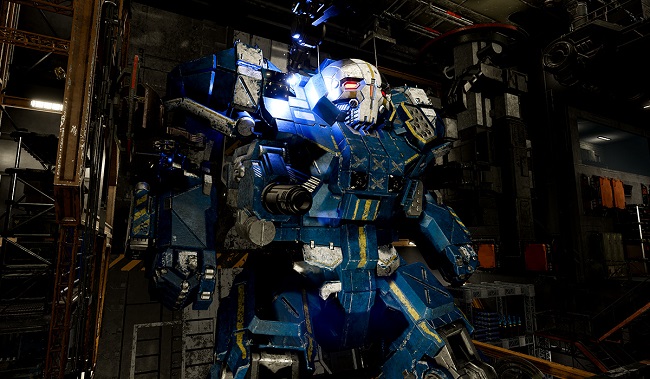 Impulse Gamer/ Edwin: Mechs can heat up pretty bad in battle even with Heat Sinks, if there is a body of water around can a player use it to help regulate heat and cool down?

Impulse Gamer/ Edwin: Yes, I know, I am so excited myself as a fan of the franchise; I answered that last question myself, within the question. Sorry.

Impulse Gamer/ Edwin: One of the things that was spectacular about Mercenaries was that you could take a Mech and as long as you stayed within the tonnage it could handle, you could customize things a bit. Is that in this game and can you tell us about it?

Russ Bullock: Absolutely – customization is a core part of any MechWarrior game but each one does it slightly differently. MechWarrior 5 will be very true to the lore in that customization is possible in many different ways but your primary source for different mech styles and loadouts will be through the games hundreds of different variants. The marketplace will be filled with timeline and location based mech chassis for sale each one with differences in tonnage and weapon configuration. 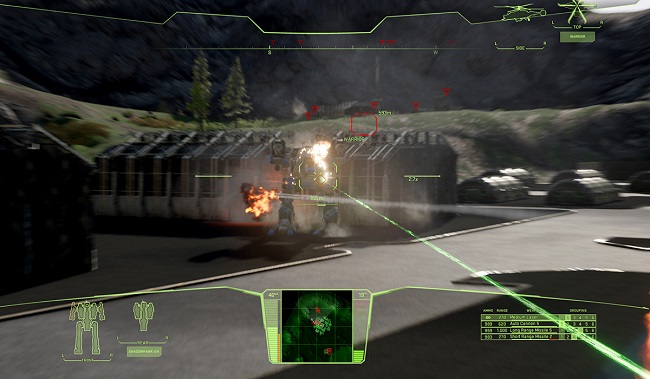 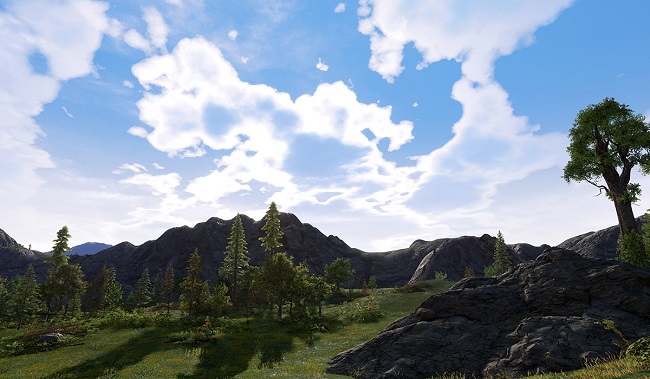 Impulse Gamer/ Edwin: When can we know what Mechs will be available in the game? Or if you can reveal a couple more now, other than what has been seen in the game demo play that would rock.

Russ Bullock: Well we are still finalizing a list but suffice it to say if the mech is in MechWarrior Online and fits a 3015 to 3049 timeline; it will probably be in MW5. 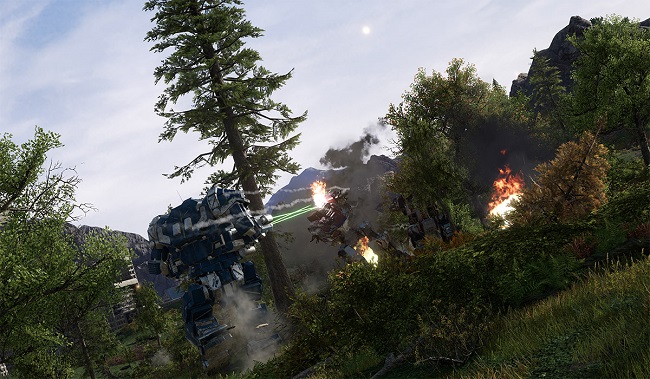