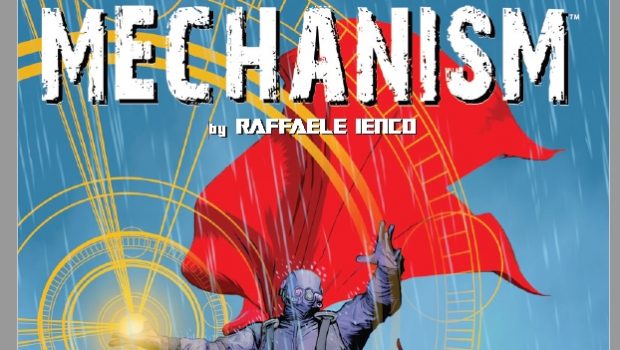 Summary: That old question of whether we can create artificial life and what it might think of us is asked, in the midst of an alien invasion.

It has been said that the one thing likely to unify all world powers is a threat from beyond our world, Mechanism starts arguably with this scenario but then throws in a few more questions such as what if we create an artificial intelligence to help us… but it learns too much and makes it’s own decisions on the value of humankind? As the Geckos are getting more overwhelming ground forces are getting smaller and smaller as more fighters die trying to stop the invasion. One mans android creation is sent into the field to learn about humanity before it is set to actively help in the defence… but it may be more than even he realised. 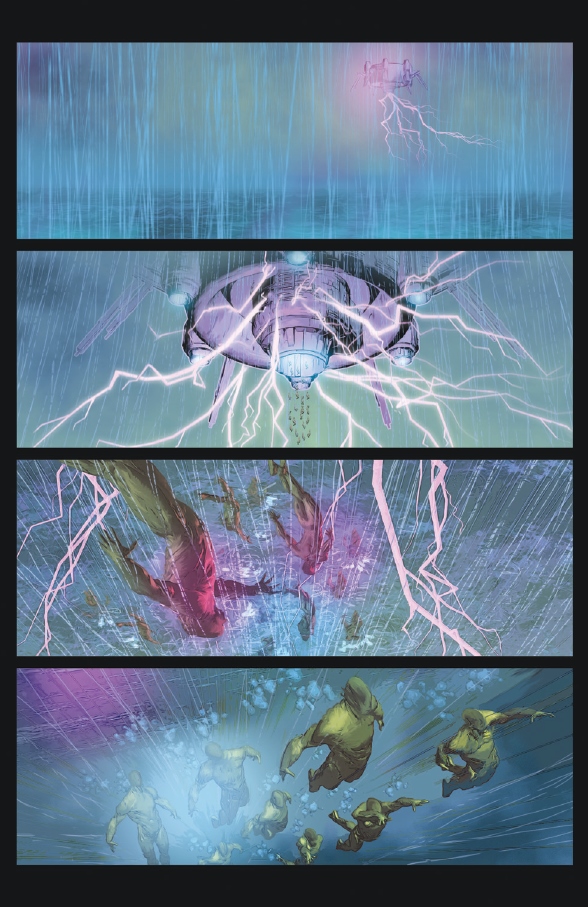 The writing is fast paced… it read to me like a would be movie script… only rarely does the pace drop below a frantic rush of activity. It works to give a sense of impending danger and to the frantic and desperate lives the people now live in this future Earth that is suffering from years of human abuse and now facing an invading alien army. There isn’t a lot of fleshing out of characters but given this is only really the start that can be put down to the urgent need to cover a number of bases as quickly as possible. 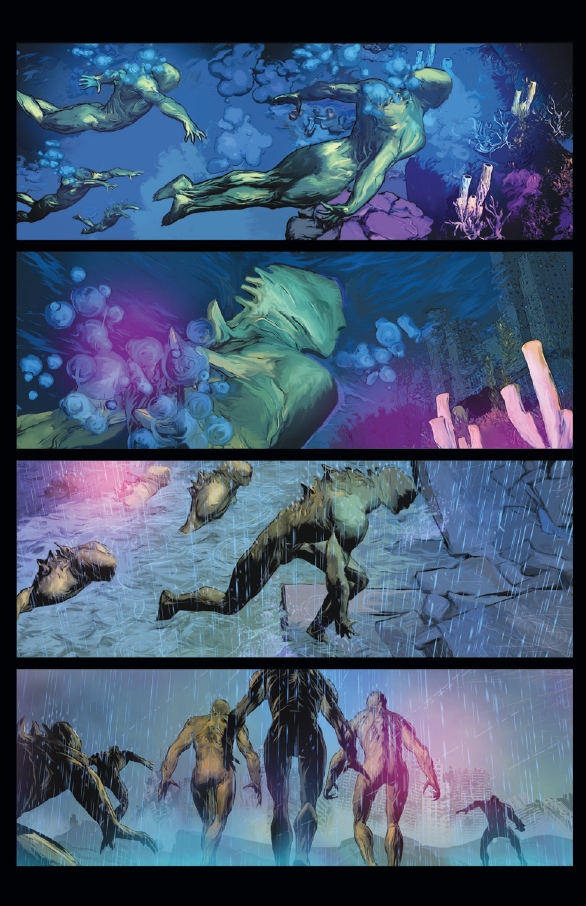 I’m not really sure what to make of the artwork. It is bold and striking yet I felt a certain sense of the uncanny valley, most specifically when any human was involved as there was just something about them that made me think they were computer generated then posed. In some ways that works for the story as it maintains a sense of unease… you can’t quite feel comfortable with the people invovled… on the other hand it can cause you to stop in your tracks while reading and try and figure out why the person looks a little “off”. I am nitpicking however as overall the images are very striking and at times give a Bladerunneresque feel to the world as it stands. 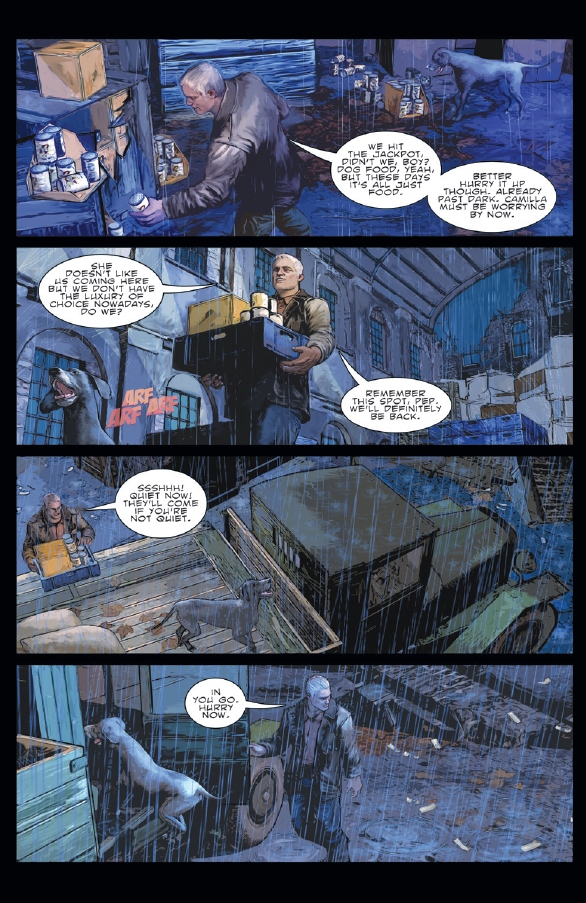 Feeling like a storyboard for a movie waiting to be made, Mechanism is the action sci-fi tale I could see jumping to the big screen. Though there is a lot in this one collection of the beginning of the Mechanism story… it ends right when things are getting more interesting… and sure that’s the best way to hook the reader into wanting to get the next issue… but like many firsts, pilot episodes etc… it can also feel a little too unfulfilling. Fortunately Mechanism has enough set up to make the next chapter in it’s tale one that is worth looking forward to. 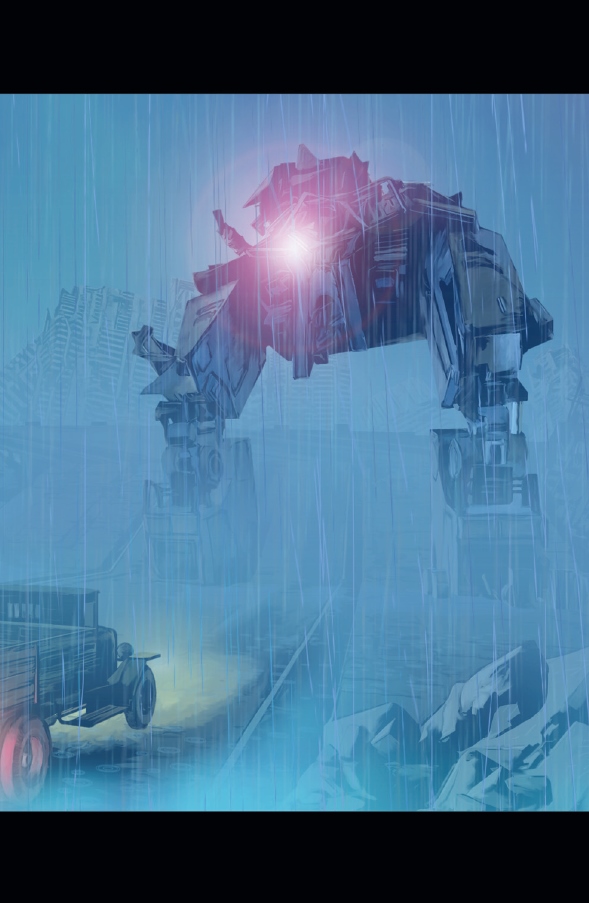