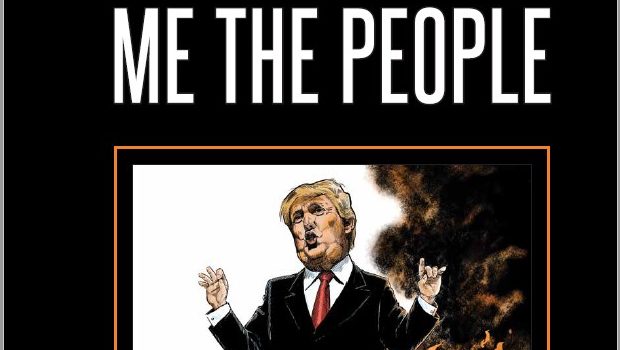 Me The People Comic Review

Recently I reviewed Lil Donnie, a humorous look at the “Commander in Grief”, that title took the approach of playing up physical traits and being more of a caricature of the Whitehouse staff… Me The People takes a far more realistic approach to it’s portrayal of the current state of politics in America. It is true to say that Me The People has a more dark tone to it… but that tone is simply due to the mirror that is reflecting what is actually happening… it can be harsh, but it’s critically important! 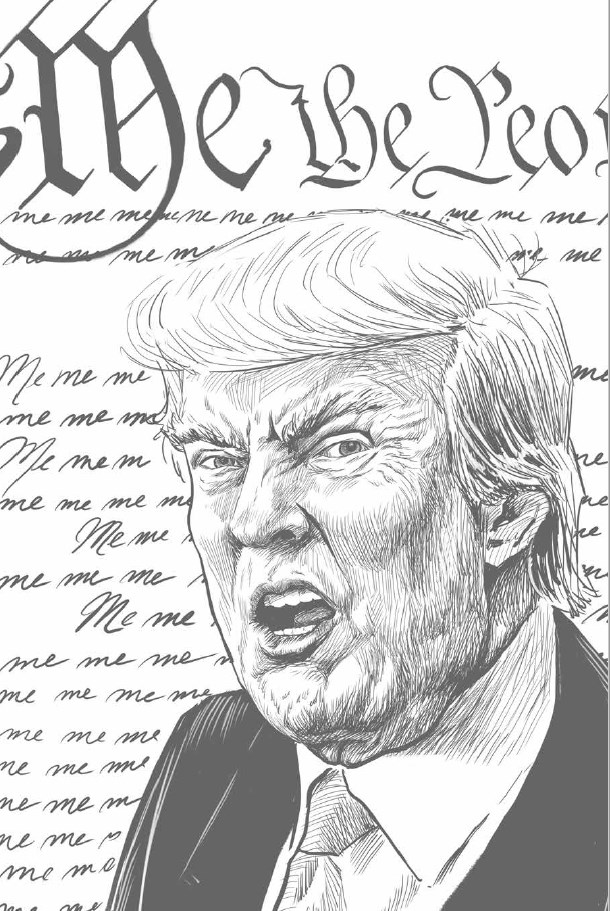 As mentioned above… Me The People takes a more gritty and real look at the Whitehouse and it’s impact on the world. This approach can make it hard to view at times (because it reminds us just how harsh times are)… but it’s essential that we do look at material like this. The images don’t just stand to point out the horrible things being done but to remind us of where this has come from and point out where it can be going. I’m probably a little over the top saying there are no caricatures here… there are quite a few… but they seem more dark than Lil Donnie… both are using their medium to shine a light on the mess the U.S.A. has found itself in… but they take a slightly different tact. 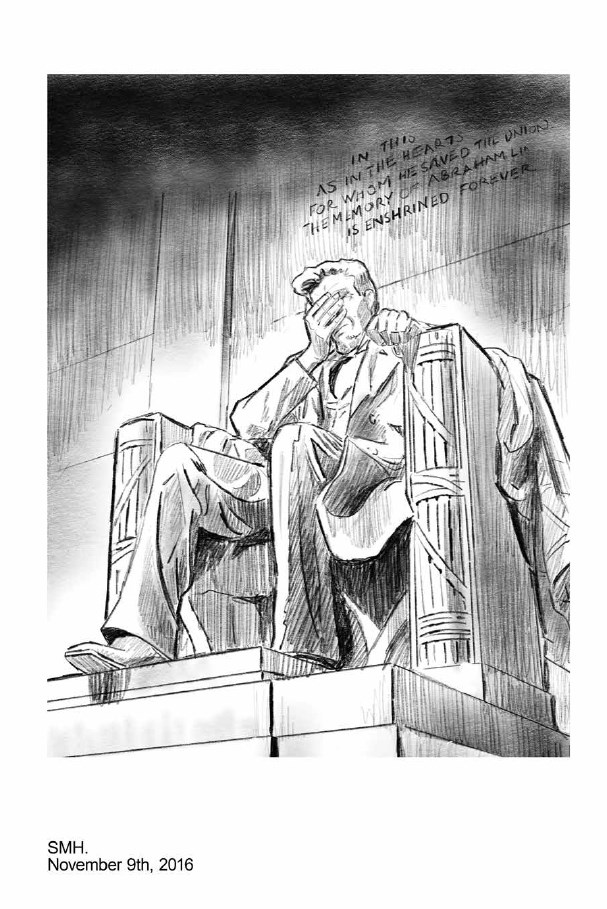 The art within these pages is impressive! There are certainly plenty of images that are exaggerated or softened for perhaps a more casual look… but there are also some images that are just high quality sketches… sketches that happen to also show the absurdity of the current political climate… but brilliant sketches irrespective of their intent. What is perhaps most striking here is that the images largely speak for themselves… no words are required. The art is so well tuned into the details and the mood and attitude of the subject/s that even when words are present… the main message has already been understood. 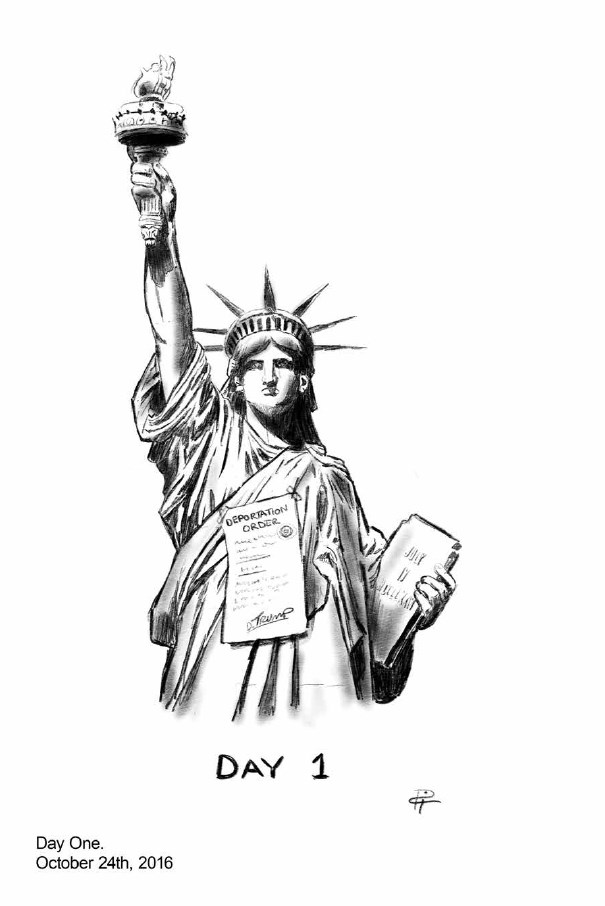 There are some people who say that it is the job of art and comedy to push boundaries… to make people upset, to make them think. I’m not one of those people… I think they have the capacity to do those things, but I don’t think they have the obligation. Me The People flips that a little and is inspired by Pia’s need to do something and the best thing she could do is this collection, this collection that just happens to push boundaries (for some) and certainly it will upset some… but for the rest of us it reminds us that we are not alone in thinking these things that are going on are absurd. It strips away the hyperbole and the Twitterstractions and hones right in on individual issues and simply puts them front and center, no arguing one way or the other… a simple image showing the core of the issue and the reader can understand it how they want. Pia Guerra joins the growing ranks of people who I’m quite sure history will show as being on the correct side of the line… unfortunately those on the other side have moved so far to their side they are barely even visible. 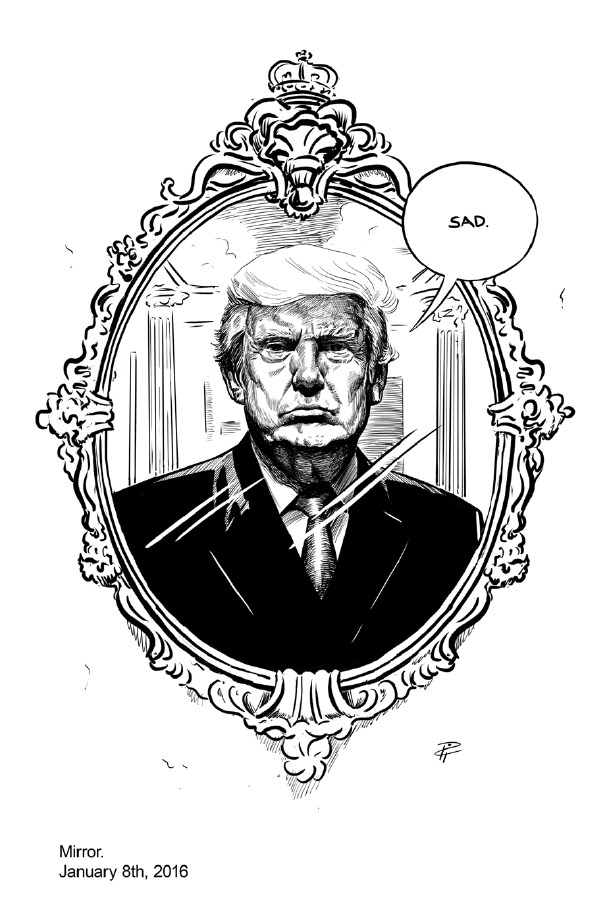