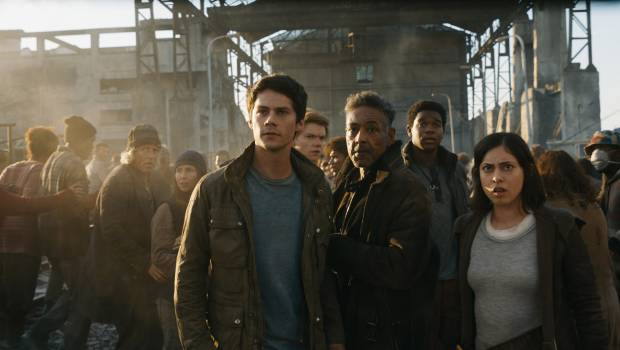 On the sun-scorched future Earth, the remaining three Gladers fight together with The Right Arm to rescue their friend Minho. Immune from the world-destroying Flare virus, Minho is held captive by the evil WCKD corporation. In a race to find a cure for the virus, the opposing sides will fight to save their friends and what is left of the ravaged earth.

If none of this makes sense, it’s apparent that knowledge or viewings of the two previous Maze Runner films are imperative to realise exactly what on earth is happening during this action-heavy third instalment. Picking up right where The Scorch Trials (2015) left off, the film opens on a large scale and literally drives headlong into the progression of the story. There’s no time for the audience to breathe or familiarise themselves with the characters. Thomas (Dylan O’Brian) launches himself through the desert on trains, planes, and automobiles in a post-apocalyptic mix of Mad Max and James Bond.

Halting briefly in pace after the opening sequence, we are greeted by old faces as they re-group to face WCKD and tackle the plot holes thrown at us early on. The character arcs are recklessly written in an attempt at suspense that seems either made up or too far removed in context, especially given the detail that a book can have compared to watching a film. The Death Cure does include the most impressive action set pieces of the series in scale and frequency though. Unfortunately, this intensity can’t hold the film together under the weight of an unnecessary and indulgent running time of almost two and a half hours.

Many of the old faces also return, including Kaya Scodelario (Teresa), Thomas Brodie-Sangster (Newt), Rosa Salazar (Brenda), Ki Hong Li (Minho). The older cast adds much needed dramatic poise. Patricia Clarkson (Ava), Aiden Gillen (Janson) and Giancarlo Esposito (Jorge) have all returned to battle. This will please many fans of the series despite the return of some characters completely washing out the dramatic effect of scenes featured earlier in the series.

Based on the books by James Dashner, the Maze Runner series has been fortunate to make it this far along the story arc of the books. Other films within the young adult science fiction genre, such as the Divergent series, have been cancelled due to poor box office performance. Compared to The Hunger Games by more than just its genre, Maze Runner doesn’t have as strong a cast as the Jennifer Lawrence-led franchise. This series also differs from Divergent by its less cerebral approach. The Maze Runner series remains an action orientated film about friendship, bravery and overcoming obstacles together. This is pushed home with a sledgehammer during the final act of The Death Cure with the final moment of the film dishing out violent ends for some of the main characters amidst the multi-sided struggle for the cure.

From the outset, this film isn’t attempting to gain new fans but pleasing the ones that have stuck with the ride. For those excited for this instalment of the series, you won’t be disappointed. Despite the bloated length and mostly predictable end of this chapter (if you haven’t read the books), there are many answers given with plenty of thrills and twists on the way. Even with the film’s polished execution from series’ ongoing director Wes Ball, those new to the series will liken The Death Cure to lower budget, straight-to-rental science fiction and not be so enraptured with the plight of the Gladers. 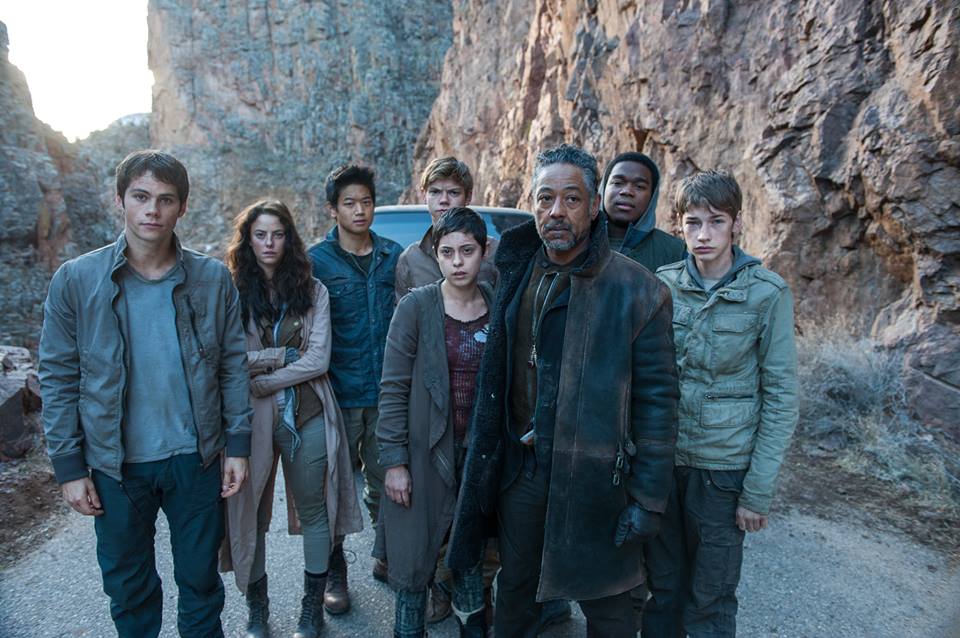 Maze Runner: The Death Cure often falters through an all too familiar running time of over two hours. The action manages to impress in scale but is let down by a blanketed and over polished look given to both the world and the main characters. Post-apocalyptic Earth should have beauty within the destruction. The Death Cure has its own kind of beauty, but it is a sculptured and plastic beauty that feels a little too in love with its own reflection.

Summary: The Death Cure has its own kind of beauty, but it is a sculptured and plastic beauty that feels a little too in love with its own reflection.