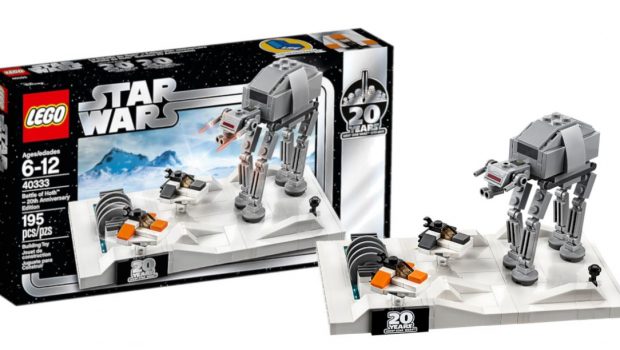 May the Fourth bring you to LEGOLAND Discovery Centre®

Kids will feel the force on Star Wars™ Day by taking part in challenges to build a mini LEGO version of Han Solo’s iconic starship. After participating in the free workshop on the balcony outside LEGOLAND Discovery Centre’s retail store, kids can take their mini Millennium Falcon home to add to their LEGO collection!

The retail store at LEGOLAND Discovery Centre is also celebrating May the Fourth with incredible deals on Star Wars™ LEGO products for one day only.

Purchase any Star Wars™ set over $199 and receive a free Battle of Hoth 20th Anniversary Edition valued at $24.99! There will also be 10% off 10 different Star Wars™ LEGO sets including Darth Vadar’s Castle and the X-Wing Starfighter. All Star Wars™ LEGO Minifigure key chains will be 50% off.

LEGOLAND Discovery Centre’s retail store is receiving the re-released Tantive IV from Star Wars Episode IV: A New Hope just in time for May the Fourth. The very first spaceship audiences saw “a long time ago in a galaxy far, far away” is available from this Saturday for $329.99.