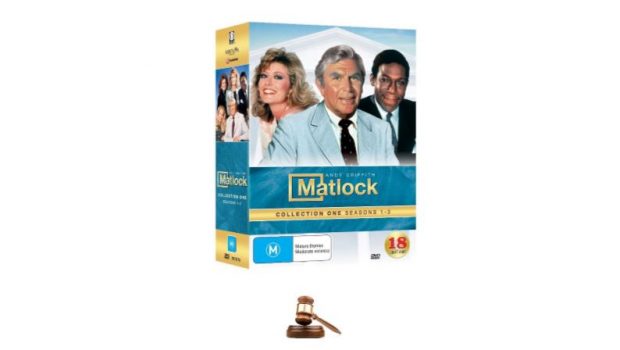 Friday, June 16, 2017 – Via Vision Entertainment is thrilled to be releasing Matlock Collection One. The hit US TV series will be available featuring the first three seasons from July 5.

In and out of the courtroom Ben Matlock (Andy Griffith) is a force to be reckoned with. Although he doesn’t come cheap as an attorney he defends his high profile clients like no other. With his quick wit and Southern charm Matlock, over the years, has captivated juries and audiences alike.

For fans of television murder mysteries Diagnosis Murder Season 8 featuring the legendary Dick Van Dyke is also out July 5. In these 22 episodes LAPD consultant for hire, Dr. Mark Sloan gets in over his head as he matches wits with a look-alike gangster, a beautiful international jewel thief, a vengeful home-security programmer and others.