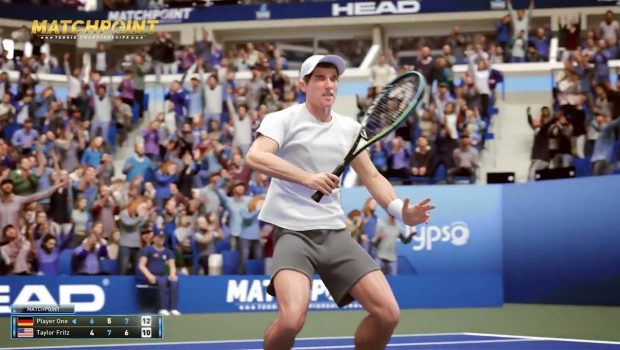 Tennis fever is in the air and a brand-new challenger is waiting to make its debut on the court, are you ready to commence your journey to becoming World #1? Matchpoint – Tennis Championships, the just-released tennis simulator published by Kalypso Media and developed by Torus Games, is ready to make its first serve and is available today with Game Pass for console and PC. The tennis title is available on Xbox One and Xbox Series X|S consoles (supported through Smart Delivery), PlayStation 4|5, and Windows PC right now!

Matchpoint – Tennis Championships offers a dynamic and immersive gaming experience with its extensive career mode, unique rivalry system, authentic ball physics, and advanced multiplayer mode. From choosing the right coach to implementing the best play style, strategy and decision-making will be central to success as players experience what it truly takes to climb the ranks and become a tennis champion. Unprecedented player control and true-to-life ball physics are combined to make Matchpoint – Tennis Championships an authentic tennis gaming experience in which every swing and hit counts across the clay, hard, and grass courts.

Matchpoint – Tennis Championships is available today with Game Pass for console and PC and is out now on Xbox One and Xbox Series X|S consoles (supported through Smart Delivery), PlayStation 4|5, and Windows PC from today. The title will be available on Nintendo Switch™ on October 20, 2022.