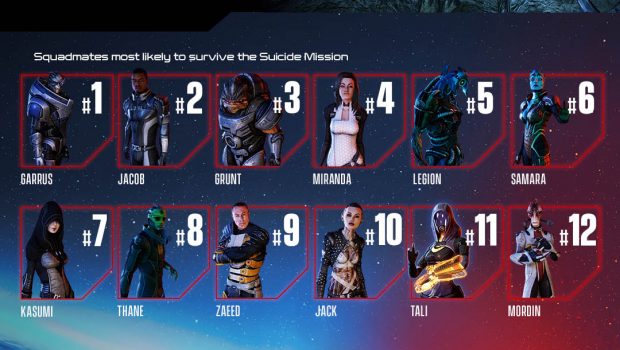 The Mass Effect Legendary Edition team at BioWare published a new infographic detailing the choices that players made across the remastered classic trilogy, from the background of their Shepard to the squadmates that were most likely to survive the Suicide Mission.

The many choices throughout Mass Effect Legendary Edition led to a lot of interesting decisions; for example:

There’s never been a better time to jump into the Mass Effect trilogy and add to the stats. Mass Effect Legendary Edition is currently on sale on the following platforms: