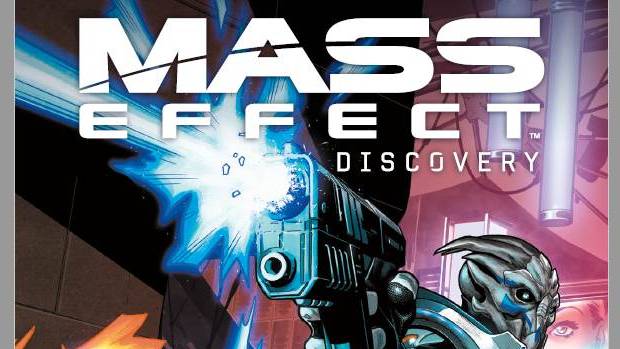 Summary: What is the Andromeda Initiative all about? A Turian military recruit wants to know just that and is willing to risk it all to find out.

Mass Effect has been around for quite some time now and the world created for that game series has expanded well beyond what we may have ever expected. Not only have we got a number of sequels that extended the story surrounding Shepard but then the games branched off and explored more of the universe. So too did the comics. Originally we had stories that seemed to run parallel to the core story of the original game/s and as such Shepard was always just out of sight in a sense. Now we have the latest game that goes in a different direction and so to has this comic. 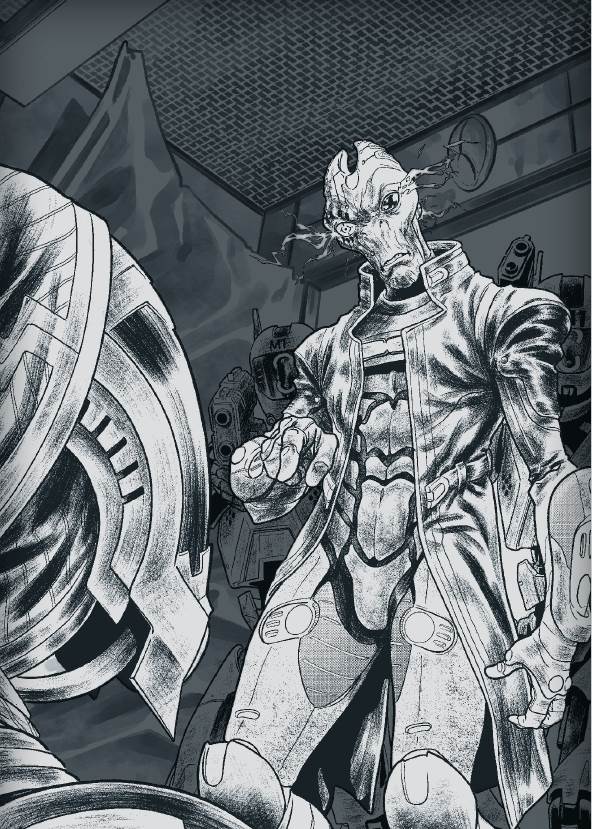 Despite receiving mixed reviews for moving away from the core Shepard storyline, Mass Effect Andromeda really shows just how vast a fictional world exists within the Mass Effect franchise. Mass Effect Discovery shares that exploration of the greater universe within this mythos. Focusing primarily on a young Turian military recruit and his desire to break away from his familie’s influence by going off on his own investigation we have the perfect setting for that layer upon layer of mystery that threads its way through Mass Effect’s storylines. While our young Turian is off doing his thing, we are introduced to other characters that at first seem to have their own unique agenda only to learn that their paths will cross over. The air of mystery hangs thick throughout and the writing just draws you along each and every path leading you to the conclusion with bated breath. 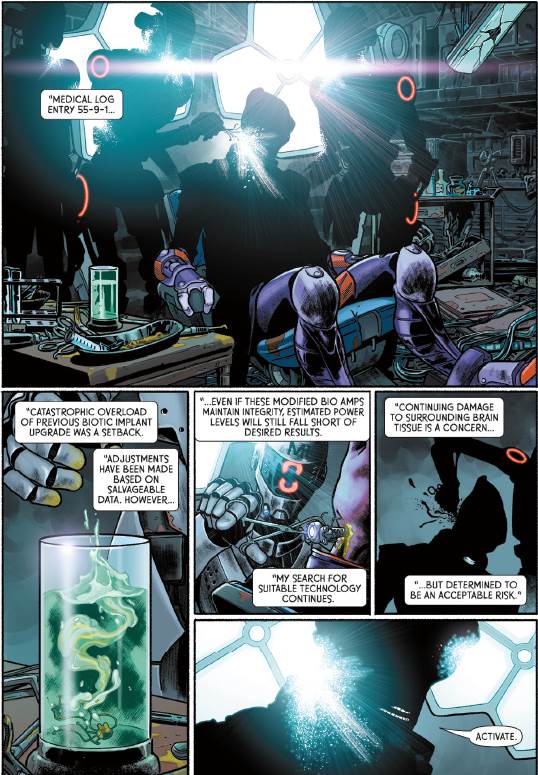 Gabriel Guzman and Michael Atiyeh work well together here. Images that could easily become quite confusing due to their complexity are kept clear and striking thanks to great line work mixed with a gentle colour pallet. A lot of work has gone in to adding texture to many of the panels, the line shading helps to stop the images becoming too flat and adds a sort of “lived in” or “used” sense to the people and places. Things aren’t so polished that they look straight off the factory line, they’ve been around and seen some action (it’s one of the things that helped make Star Wars seem so much more believable… things had been “roughed up” to show that they had seen a lot of use. 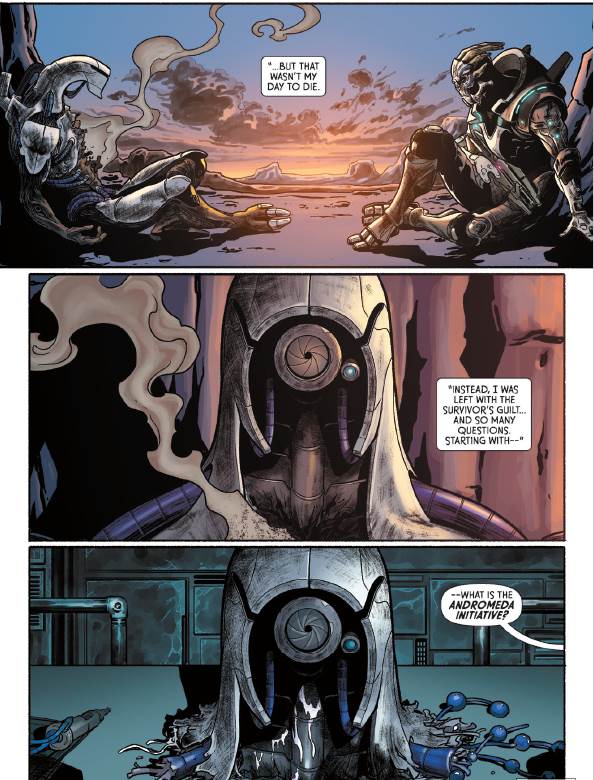 Much like the actual universe… I don’t know where the bounds of Mass Effects universe ends. There seems to be an almost infinite ex-spanse to draw stories from and I’m quite happy for them to continue exploring that open space for new tales. Murder, mystery, science fiction the styles are open to the imagination and with the writing crew we’ve had so far putting the lives of the Mass Effect Universe to paper I think we can expect many great stories to come. If you were a fan of the games in general then this should certainly be of interest to you and if you liked the last game then this might just fill in some gaps or at least add some depth to the story and explain a bit more about the Adromeda Initiative. 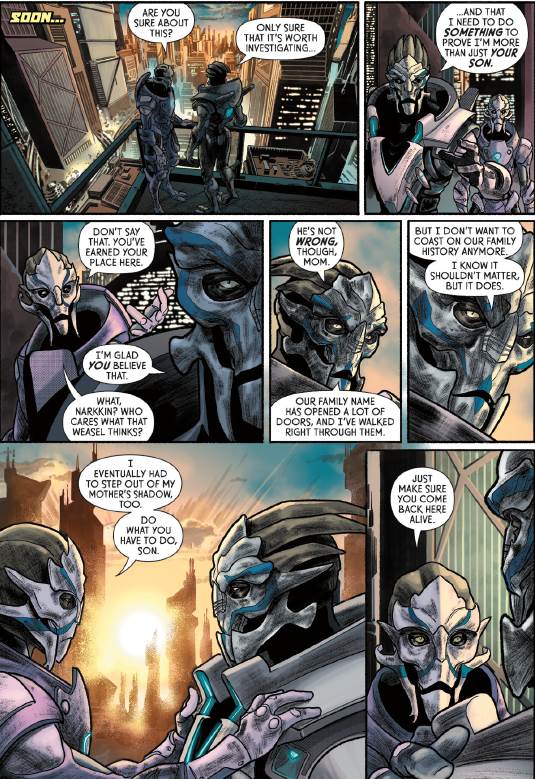