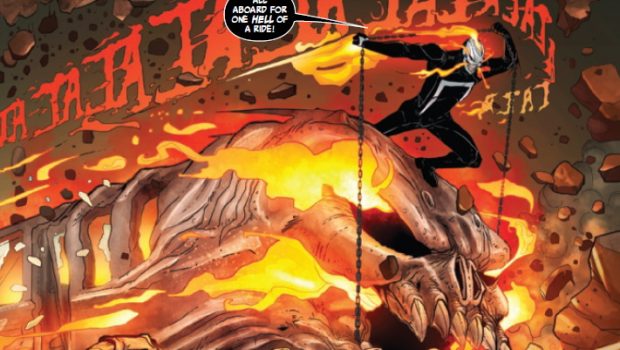 Summary: While not my favourite of this series it is still interesting enough to be worth checking out especially if you have not heard of some of these characters before.

An anthology of stories including Latin-X characters and creators featuring Spider-Man, White Tiger, Ghost Rider, Reptil, Americana Chavez, Brawn, Nina the Conjurer, Risque, Sunspot and others with some feature articles and other things like recipes to break up the issue into sections.

While I had heard of some of these characters there were also a lot of new ones in here and some different takes on ones such as Spider-Man and Ghost Rider that added something new to their character. I enjoyed the one with Black Panther as he has a heart to heart with Spider-Man and encourages him to be true to himself.

Overall the stories are fine except for one which is mostly just talking and just seems like a lecture. If I wanted that there are other places to get that and not really in something like this but it was still good that they included it.

As with the others in this series I did still enjoy this one but maybe not as much as the one with the women characters but that may be more not knowing not much about Latin-X culture and not being in the USA where it is more well-known.

I would recommend this one if you would like something different and wanted to find out about a lot of different characters at the same time.