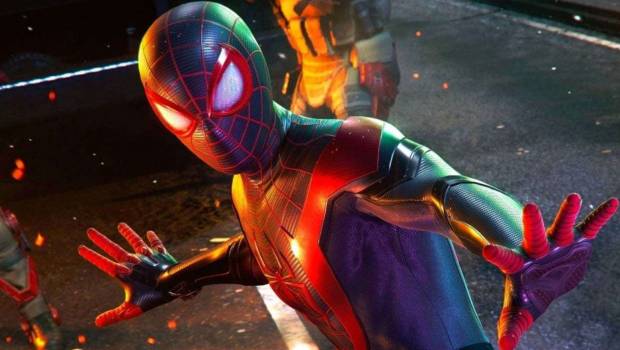 Summary: Marvel's Spider-Man: Miles Morales is just as fun as the original but now with all improved next-gen regalia!

In the latest adventure in the Marvel’s Spider-Man universe, teenager Miles Morales is adjusting to his new home while following in the footsteps of his mentor, Peter Parker, as a new Spider-Man. But when a fierce power struggle threatens to destroy his new home, the aspiring hero realizes that with great power, there must also come great responsibility. To save all of Marvel’s New York, Miles must take up the mantle of Spider-Man and own it.

Marvel’s Spider-Man: Miles Morales is the first next-game for the new PS5 which delivers the same exhilarating experience as the original that allowed you to play as the hero Peter Parker, however in this current installment you play the equally cool Miles Morales, the new friendly neighbourhood Spider-Man on the block. Unfortunately after defeating the villain known as Rhino, Miles discovers that Peter is off to Europe and is leaving New York City in the capable hands of Morales.

.
However before we jump into the story and the gaming mechanics, let’s talk about the PS5 graphical capabilities of this game. On the PS5 console, Marvel’s Spider-Man: Miles Morales features 4k graphics and some totally realistic ray tracing which makes the entire city come to life with realism. While the game does run at 60 frames per second (FPS), this is with ray tracing disabled, however with this graphical option enabled, the game still runs at a smooth 30 FPS. The unfortunate aspect about swapping between both modes is that each time you enable it, it returns you to the start of the last checkpoint. 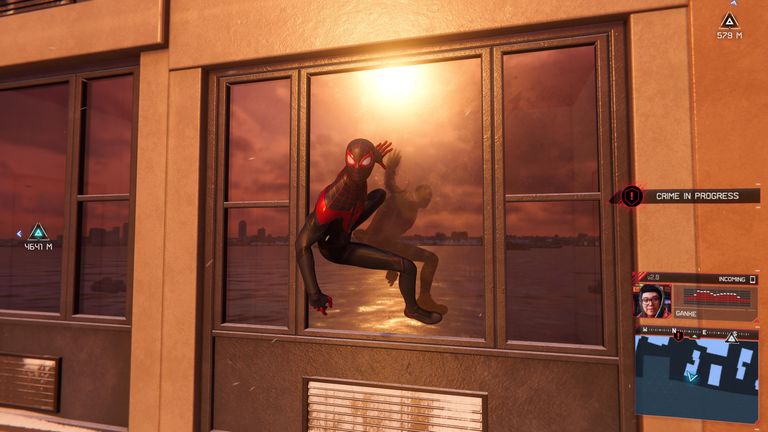 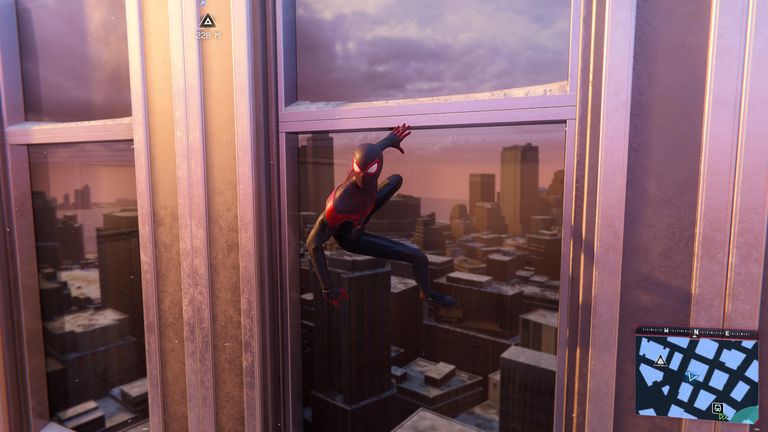 Load times however are super fast on the PlayStation 5 and the DualSense haptics adds an element of real-world interaction with its clever levels and targeted vibration such as when you shoot your webs or if you receive a text message. Also, the speaker on the DualSense controller adds to immersion, particularly when you are using your electrical powers. 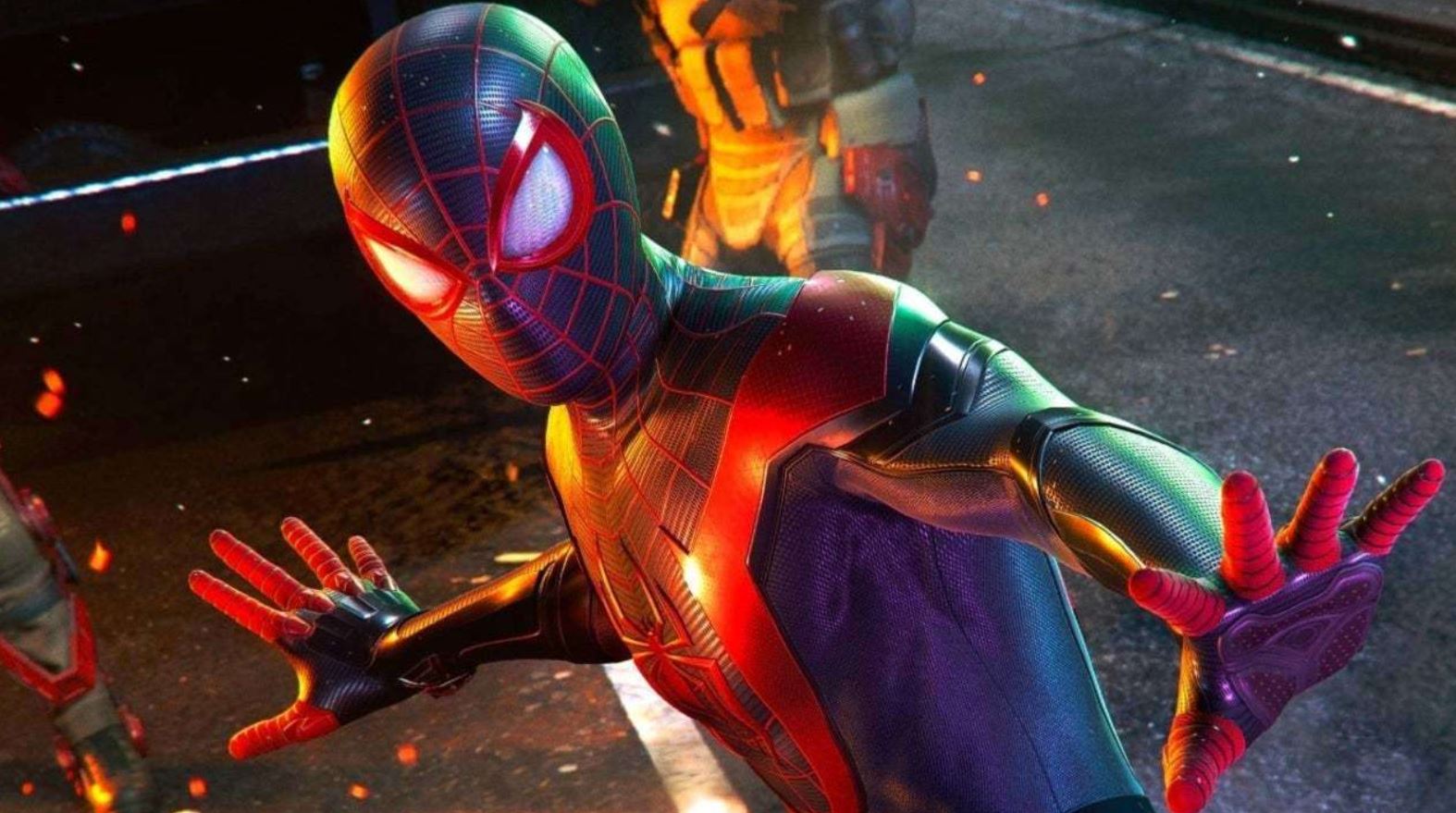 While Spider-Man: Miles Morales is a sequel to the 2018 game, you don’t need any prior knowledge as the developers welcomes both existing and new fans alike to new sequel. In terms of Peter vs Miles, Peter Parker is the hardened hero, whereas Miles Morales is the new hero and while they both share the mantle, they also share a joint tragedy that both their fathers are dead (including Peter’s mum and Uncle Ben) which is a focal point of our new hero’s journey that makes him a much more grounded and relatable character. Supporting you into the game is a fun “tutorial” at the start which also serves as the handing of the reigns from Peter Parker to Miles Morales. Unfortunately for Miles, he soon discovers that the city is in danger from a seemingly innocent (yeah right) advanced technology energy conglomerate called Roxxon and the mysterious Underground. 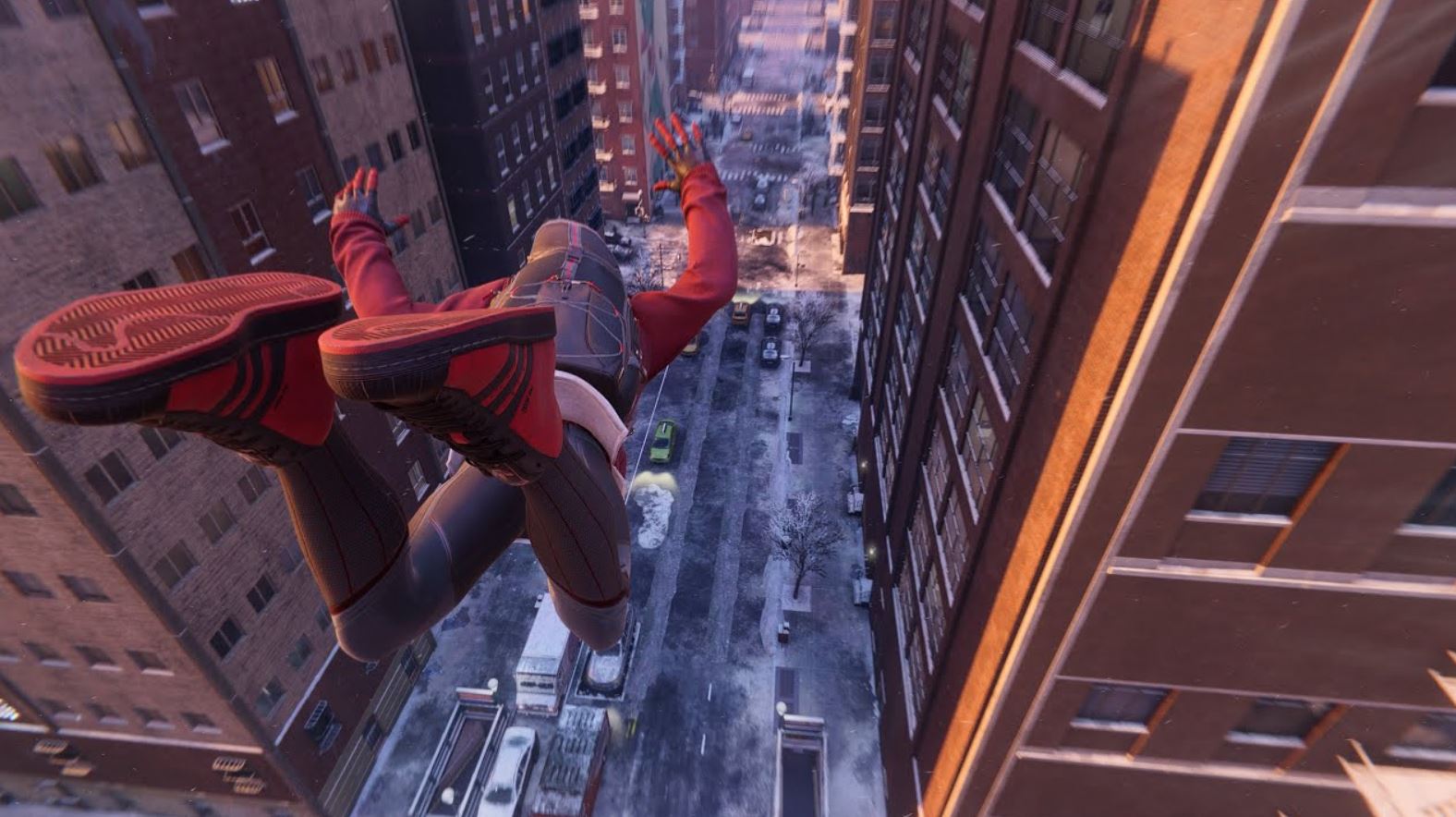 While this is an action adventure game, it is a superhero game revolving around Spider-Man that successfully implements the swing mechanics of Spidey perfectly into the game as you control this web-slinger through the city. It actually feels like you are using your web to swing from building to building. It’s also a combination of Parkour because of how smooth the movement mechanics are, including changing one action to another. While the main story will take between 10 to 12 hours to complete, your city also has a wealth of additional activities to be discovered in order to expand this already fun game. These side missions are through a Spider-Man “Air Tasker” app that allows citizens of New York, the ability to contact our hero to complete tasks. Yes it’s a little lame but somehow works. 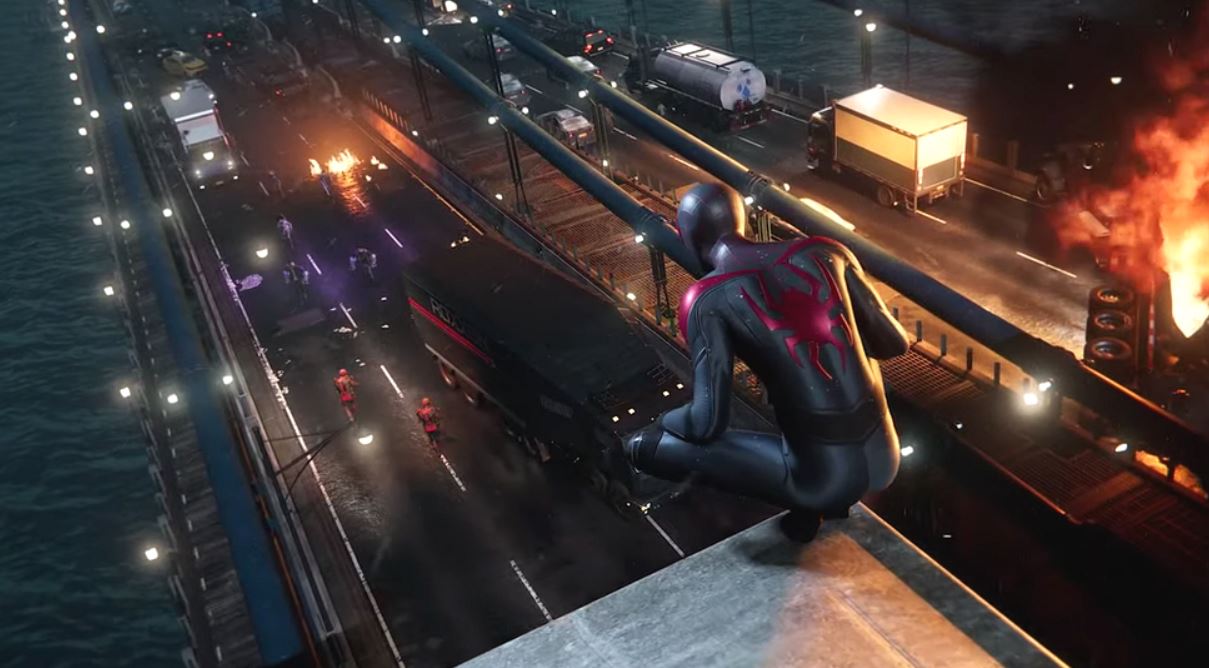 Another difference between the original game and the sequel is that while both two share similar gameplay mechanics with navigating the detailed environment and the combat, Miles Morales plays slightly different to Peter Parker. That is, Miles has access to this venom energy that allows him to create electrical attacks, including invisibility. Combat is quite fast paced and you’re usually fighting multiple enemies and without spoiling the game, there’s some challenging and fun boss battles. Needless to say, this electrical energy does come in handy for quite a few of the puzzles in the game. There’s also a skill tree that allow you to upgrade the powers and skills of Miles, including unlockable outfits to help with the overall longevity of the title. So as you explore the city, take on enemies and eventually get to the big bad, it’s Spider-Man at his best and is a super fun experience.

.
Graphically, Spider-Man: Miles Marvels looks brilliant on the PS5 with extremely detailed character design and an open-world that not only looks real but feels real. The word photo-realism does come to mind. There’s also some great lighting used, including special effects like weather (e.g. the snow) which help draw you into the “open-world” game. Adding to the spectacular graphics is the immersive audio from its soundtrack and professional voice acting. Spidey is perfectly voiced by Nadji Jeter who delivers a great rendition of Miles Morales. Jeter also made me really like Miles and never having experienced this character before, I really want to know more about this Spider-Man. Sound effects work hand-in-hand with the graphics and gameplay and for a more immersive experience, a headset is a must. 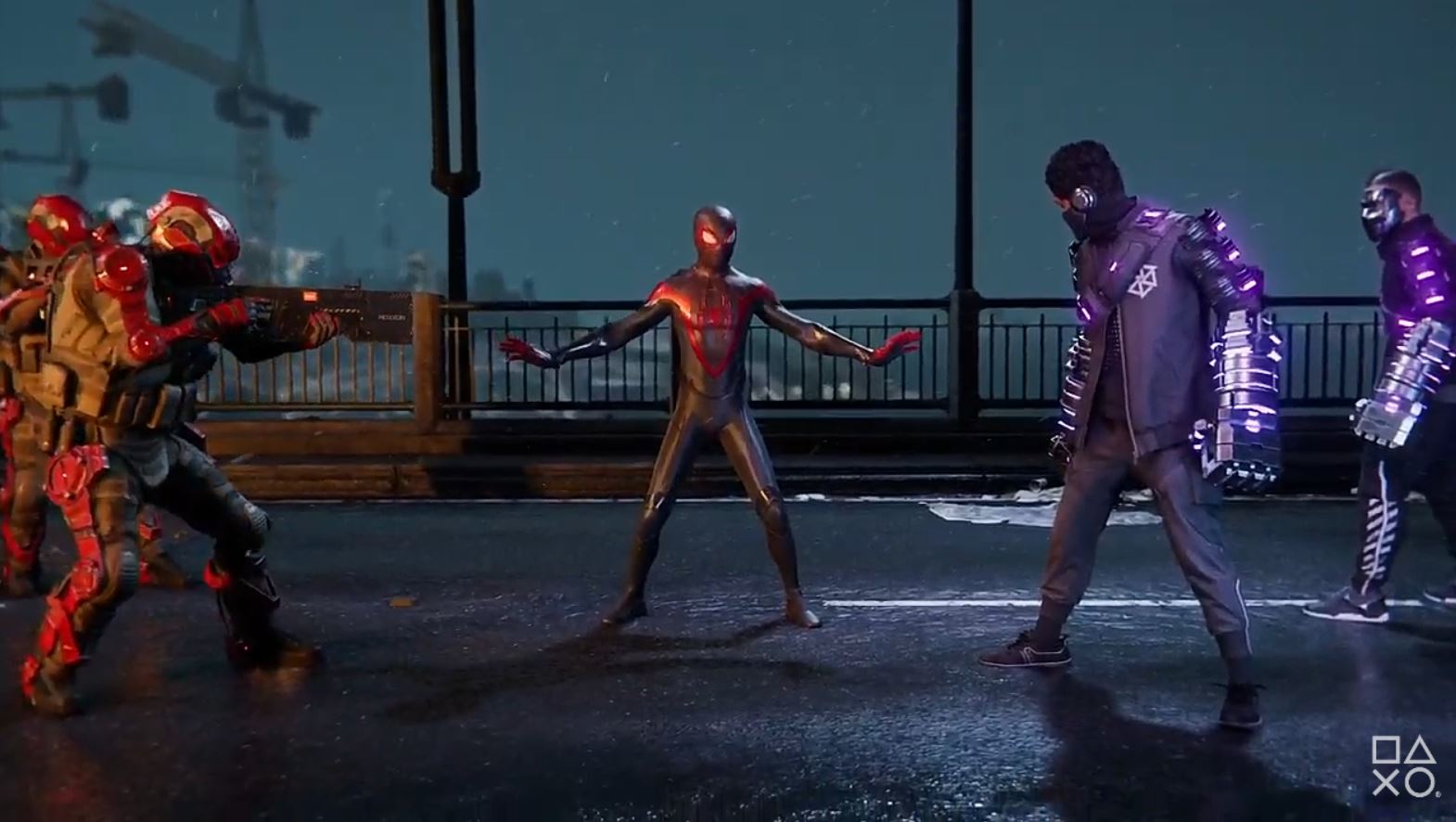 Marvel’s Spider-Man: Miles Morales is indeed the must have title for the PlayStation 5 that successfully brings this character to life on this next-gen console with some stunning graphics and flawless gameplay. Just like a comic but better as you’re the star!

Developed by Insomniac Games, Marvel’s Spider-Man: Miles Morales is the latest adventure in the Marvel’s Spider-Man universe. Teenager Miles Morales is living dual lives, adjusting to his new home while following in the footsteps of his mentor, Peter Parker, as a new Spider-Man. But when a fierce power struggle threatens to destroy his new home, the aspiring hero realizes that with great power, there must also come great responsibility. To save all of Marvel’s New York, Miles must take up the mantle of Spider-Man and make it his own. 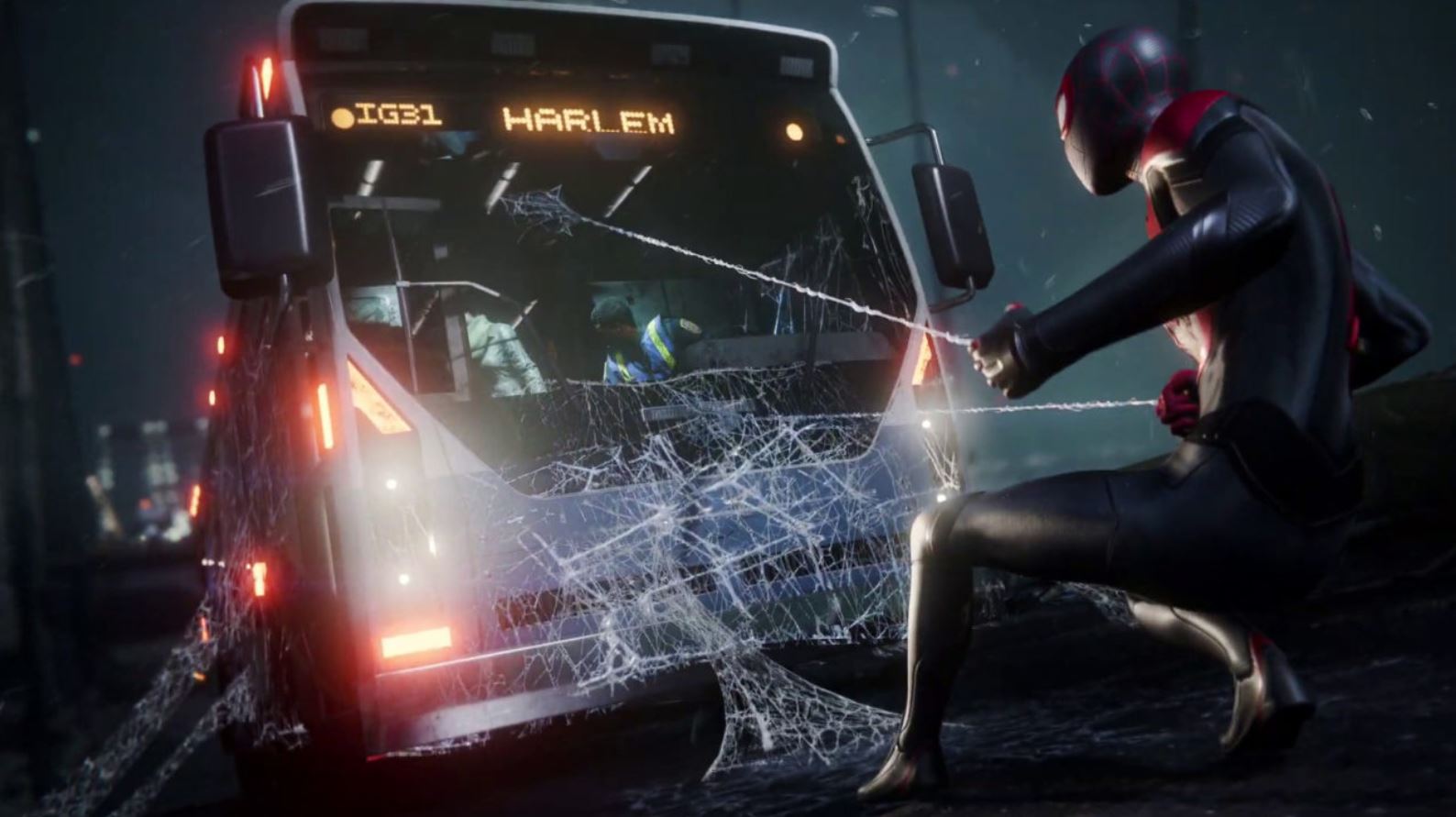 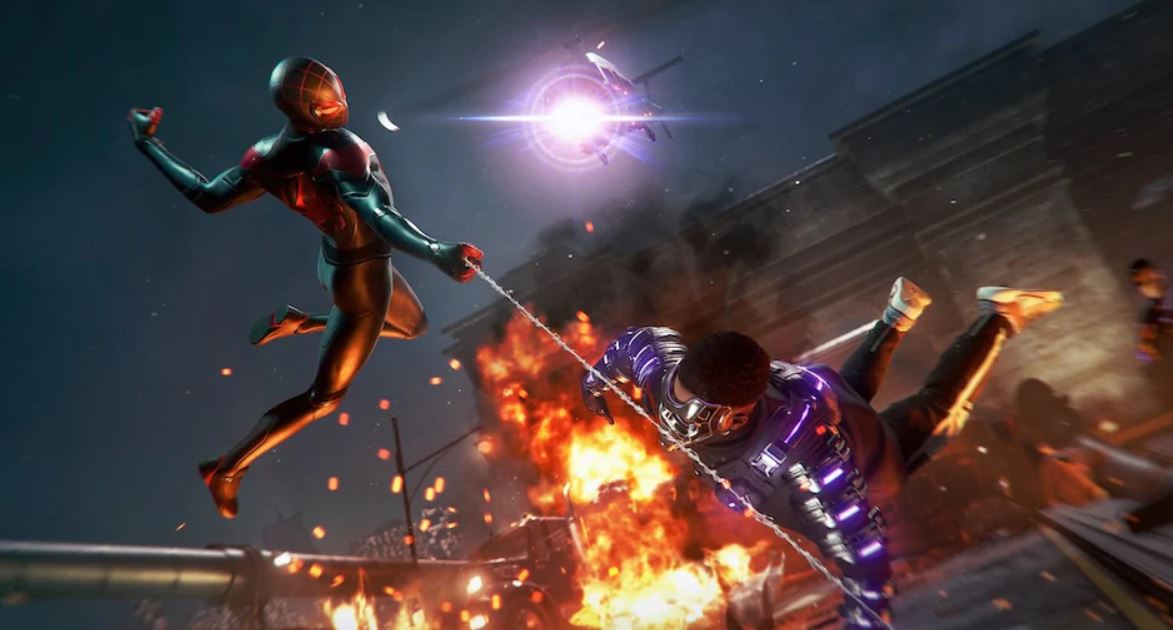