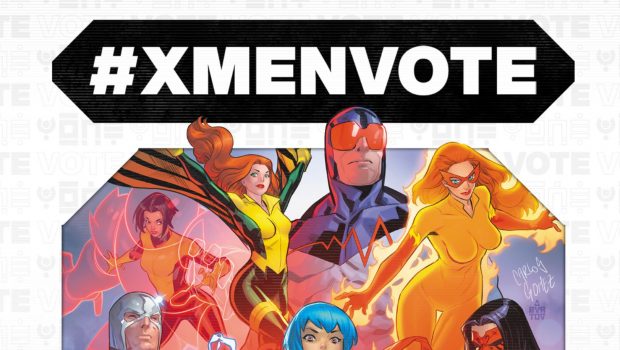 Marvel is looking to the fans to help select the newest X-Men team once again! Following the success of last year’s X-Men election, the second annual event to choose the newest protectors of Krakoa will run from January 10 at 9:00amEST until 11:59pmEST on Thursday, January 13. Participants can vote at marvel.com/xmenvote.

In 2021, True Believers everywhere voted in the first-ever X-Men election. They shaped X-Men history by choosing Polaris to star in Gerry Duggan and Pepe Larraz’s X-MEN. Throughout the election, fans campaigned for their favorite candidates resulting in “X-MEN VOTE” trending worldwide on Twitter and ultimately changed the future of all mutantkind!

Several nominations have been accepted to determine the final member of one of the most iconic teams in the Marvel Universe. Now, the last member of this new X-Men team is in YOUR hands! Each person can only cast one vote, so read about each nominee below and make your decision carefully!

Election results, along with the full X-Men team, will be unveiled during the Hellfire Gala in Marvel comics this June. The results will be completely determined by your votes, so share your vote and campaign for your favorite X-Men using #XMenVote and stay tuned to Marvel.com and Marvel’s social channels for regular updates on the Krakoan polls.

Marvel Insiders will also be eligible to enter the Marvel Insider Drawn into X-Men Hellfire Gala 2022 Sweepstakes** from 1/18 (12 PM EST) until 1/26 (11:59 PM EST) for a chance to attend the Hellfire Gala itself by being drawn into a Marvel comic book! More information on how to enter will be provided in the coming days. Not a Marvel Insider? Sign up today!

Voting will be open from 9:00am EST, January 10, 2022, to 11:59pm EST, January 13, 2022. Results from Marvel’s X-Men election, along with the full X-Men team, will be unveiled during the Hellfire Gala in Marvel comics this June. Don’t miss this next epic chapter for the X-Men this summer! 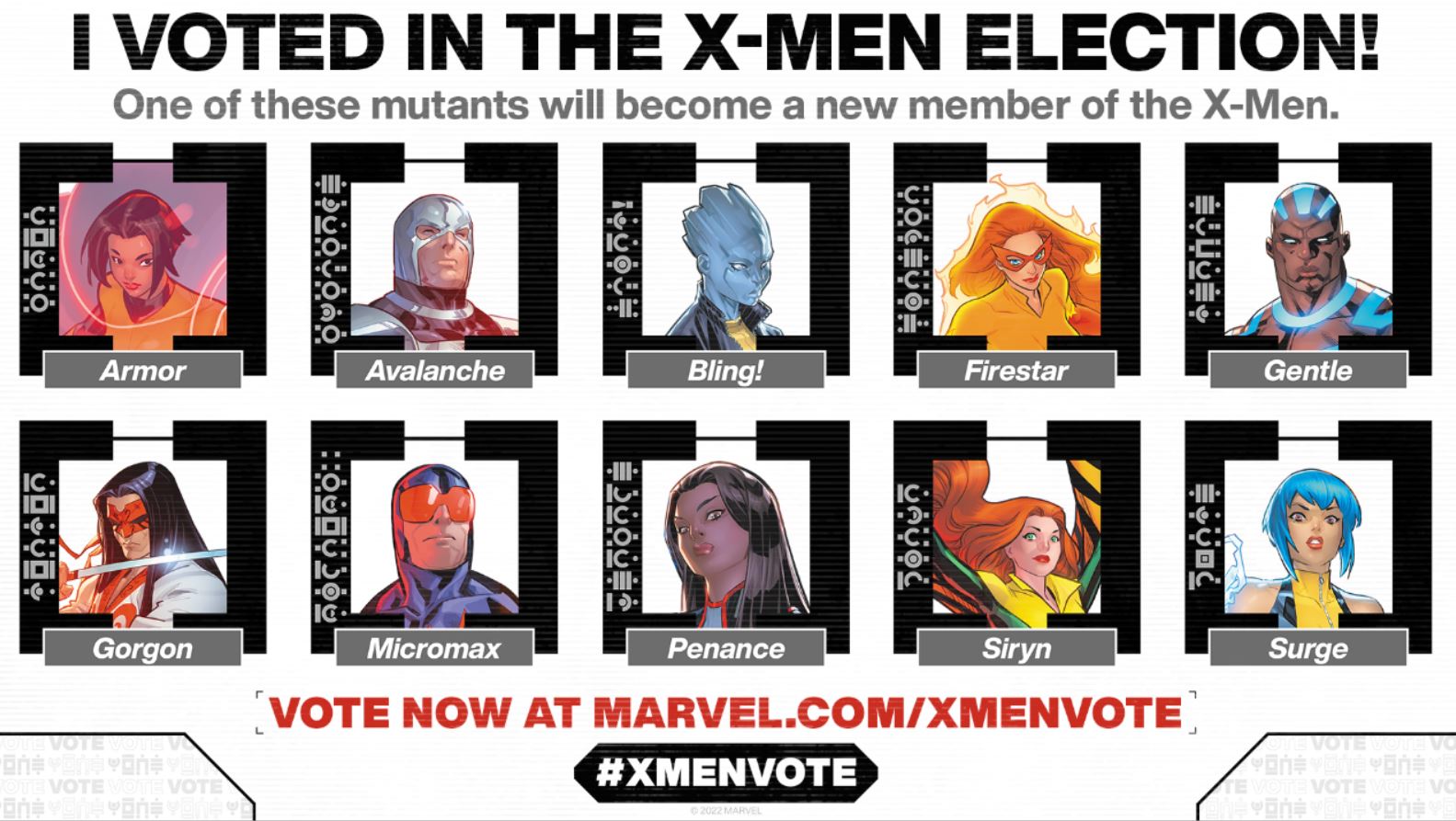