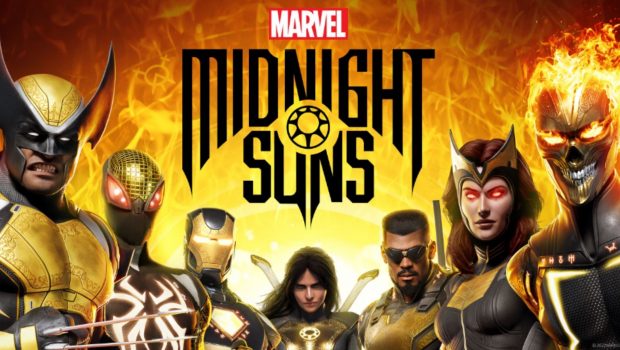 Summary: Marvel’s Midnight Suns has some really great tactical combat that is dragged down by an insistence that you want to care about the heroes beside you.

When Firaxis announced that they were working on a Marvel game, a lot of fans, myself included were incredibly surprised. A team that is world renowned for their tactical chops in the XCOM series taking a swing at world’s most saturated brand seemed like a weird combination, and then they announced that Marvel’s Midnight Suns would be a card game on top of this already strange news. I was skeptical, and after thirty hours with the game I am unfortunately here to say that I am still very skeptical about what Midnight Suns is offering to players. 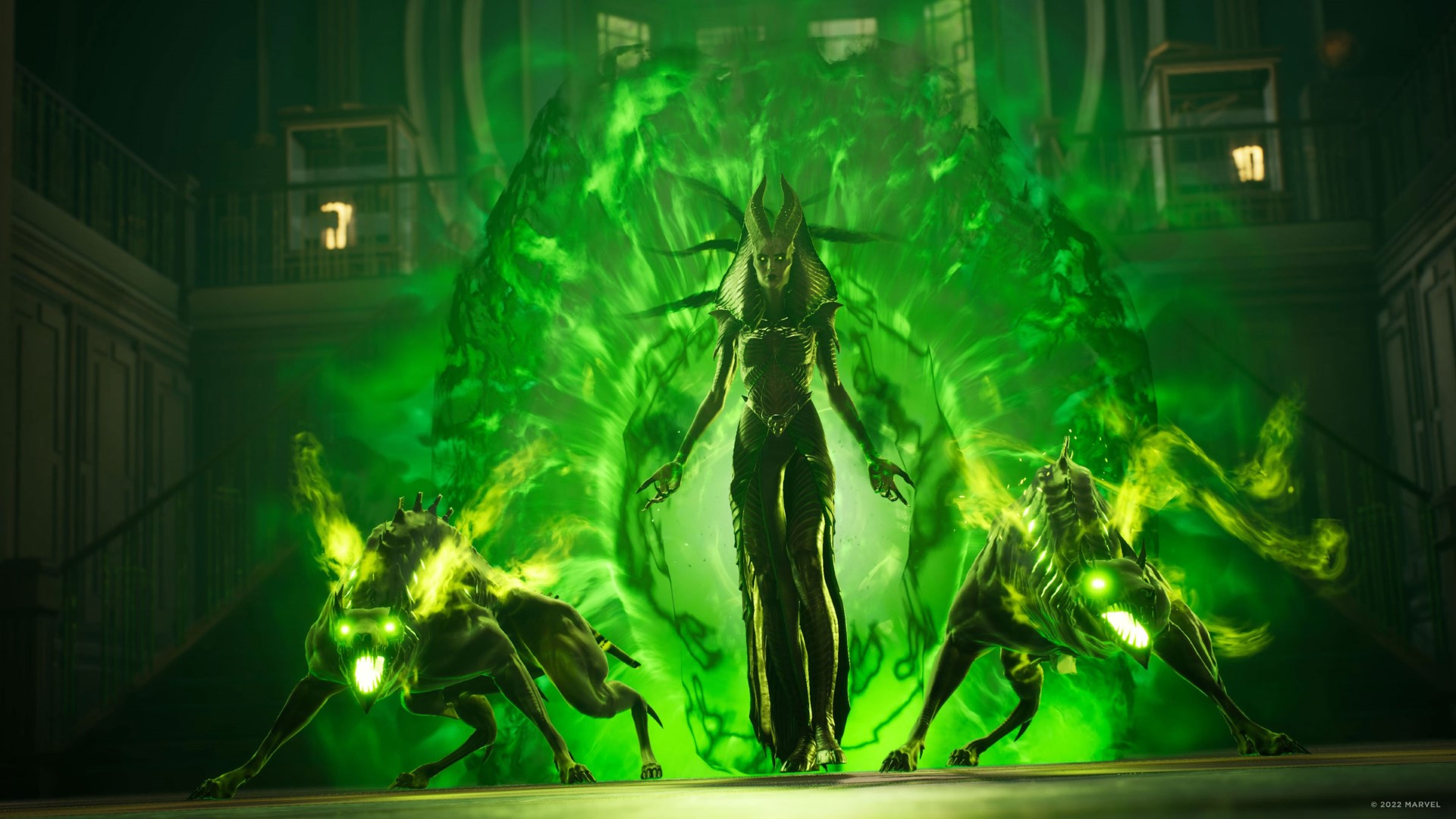 Let’s get this out of the way first: Marvel’s Midnight Suns is not an XCOM successor. If you are coming into this expecting a rich and detailed tactics simulation, you will be sorely disappointed. I’m saying this simply because I wanted Midnight Suns to give me more in the tactics department, and it never really did. The other thing is to mention that I hope you really, REALLY, like the characters that Marvel is known for, because if you aren’t into the insanely broad and safe writing that Joss Whedon popularized with the wink and nudge “jokes” that the MCU has put at the forefront of all their movies, you are absolutely not going to get anything out of this game.

That sounds incredibly negative, but I actually quite enjoyed my time with Midnight Suns. So let’s jump into the review.

Loosely based on the Midnight Sons comic arc of the 90’s, the game kicks off with the overtly evil Hydra resurrecting the all-powerful demon Lilith, a thorn in the side of superheroes everywhere due to her ability to corrupt and control them with relative ease. Thankfully there is a secret team of heroes called the Midnight Suns, a collection of former Avengers and affiliates, who have sworn to protect the world should Lilith ever rise from the grave. Thankfully the team also has an ace up their sleeves – The Hunter.

Created specifically for the game, The Hunter is a blank slate character who just happens to be the offspring of Lilith. When Hydra resurrects Lilith, the Midnight Suns crack open the “break in case of emergency” tomb of The Hunter, giving the player a chance to insert themselves into the world, and build their own legend. On paper, this actually sounds pretty cool, but in practice for me personally, I found it to be a laborious affair, but more on that a little later. 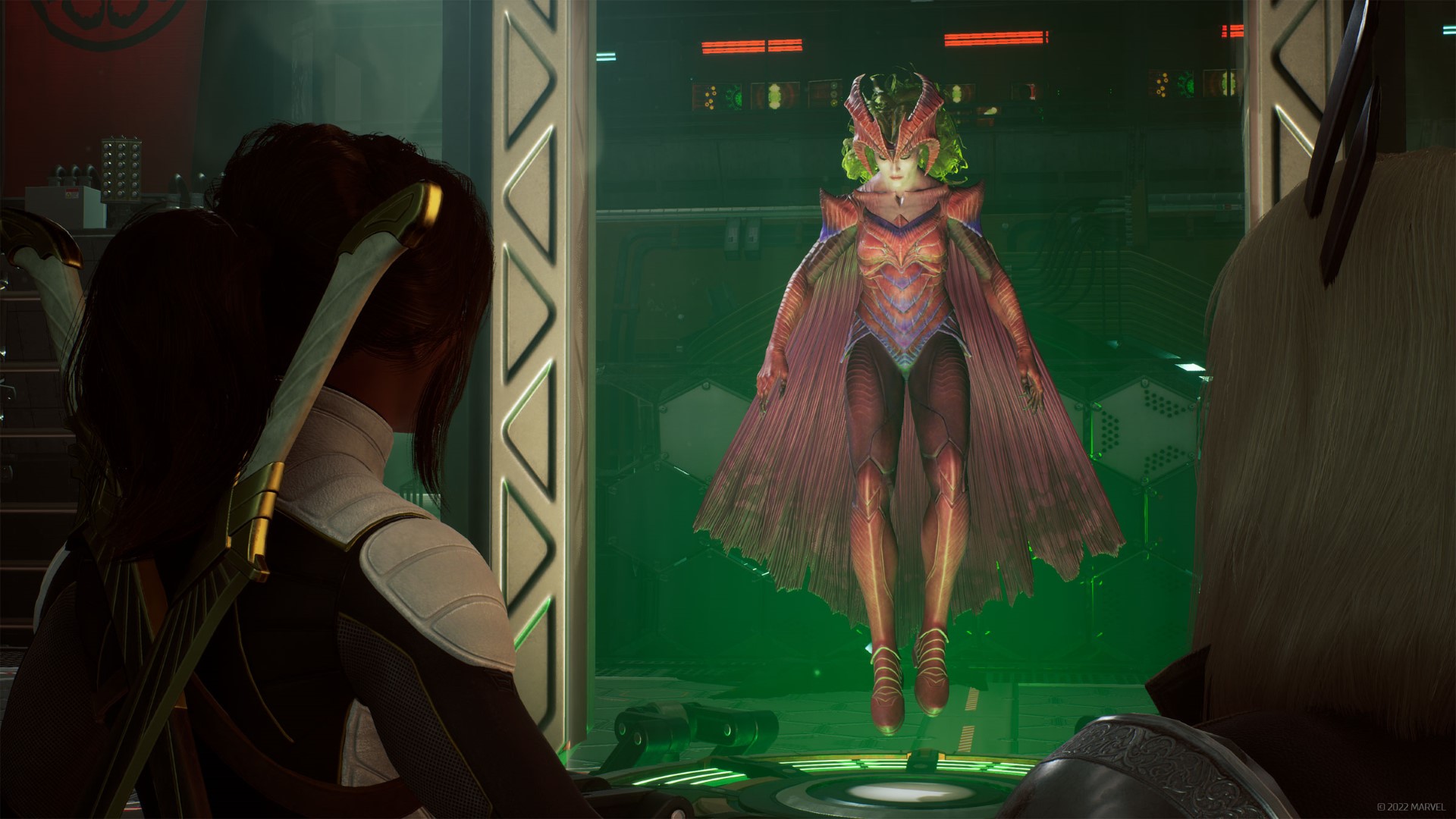 The Midnight Suns then band together to track down Hyrdra threats, have momentous battles that see new characters join the roster, and grow closer together as a team as they march towards the defeat of Lilith. If you are at all familiar with the Marvel formula, there is nothing super surprising awaiting you within the main plot beats here, but it is written with such a reverence and understanding of the characters that you can’t help but feel invested. Firaxis are a systems developer, but seeing how well they have handled the narrative depth here on one of the most complex media franchises in production today, I definitely want to see more of this in their next games.

But wow, does Midnight Suns put tactics on the back burner. I went into the game not expecting a reskin of XCOM, but I was expecting gameplay first and foremost. What I was not expecting was a full-fledged RPG and relationships simulator to be waiting for me inside. Disappointingly I quickly found out that this side of the game was actually the main event. The flow of the game is pretty consistent. Each day you will explore The Abbey – your superhero lair that houses your bedroom, training ground, a lounge, a bar, a workshop – all that good stuff. You will spend upgrade points and artifacts that you find out during missions to unlock new items and cards, and slowly unlock a bevy of upgrades that will make your team stronger.

Then you will choose a mission from the war table. Some are non-critical wide missions that will grant various rewards and currencies for upgrades, while others are story beats that introduce new heroes and villains, usually with a greater sense of bombastic plot.

And after the battle is over, you will come back to The Abbey and “hang out” with a particular hero of your choosing to strengthen your bond with them. These hang out sessions are kinda weird, because these characters are actually fairly one dimensional, the conversations rarely offering anything deeper than surface level chit chat. When The Hunter has the personality of wet bread, it just makes these moments super awkward, despite you ability to make dialogue choices that lead you down a light or dark path, that will unlock different abilities and upgrades.

And while I don’t have a mechanical issue with these systems, I do feel that the game is completely lopsided with just how much it implores you to enjoy this relationship building mechanic. You need to raise your friendship level to unlock powerful combo moves for battle, but watching TV with Ghost Rider or hanging out with Blade by the pool and having these thin conversations was not at all enjoyable, and it completely detracts from the tactics.

And notice how I haven’t even spoken about the battle system yet? That’s because in my first 8 hours with the game, I had only managed to complete seven or so combat encounters. That is how heavily weighted to the relationship and RPG systems Midnight Suns is. I was signing up for over-the-top superhero combat, not for planning a surprise party for a character I’ve never even heard of as a casual Marvel fan. The combat system that Midnight Suns has here is actually pretty fantastic! Dealing with the fact that superheroes are next to invincible, it does away with grid-based positioning, and cover in favor for a card battle system. Each turn you can play three cards which has your heroes pulling off feats and smacking foes in the face. Learning how to combo your heroes cards, and knock enemies into each other or environmental hazards is key to being victorious on the battlefield.

Each turn you only have one movement action, so while there isn’t a grid system to deal with, positioning is really important as you set up quick actions, knockbacks into environment, and getting ready to pull off AOE attacks. Having Spider-Man launch off a dumpster to smack a fool in the face, then having Ghost Rider literally summon his car to run down 3 perfectly positioned Hydra operatives feels incredible, much wilder than any other tactics game I’ve played.

I also really enjoy the deck building element of the game, which keeps things incredibly simple for the player, which makes it all very accessible. Each hero you take into battle has a handful of cards, each offering an attack or buff/debuff mechanic. As you unlock new cards from researching artifacts, you simply fuse together copies to make a better version of that particular card. So creating a dynamic team and equipping them with complimentary cards is fairly simple, and before long I found myself having my favorite hero combinations that would keep my team healed and dealing a tonne of damage. The combat is fun. Unlocking cards and upgrades is fun. Even the mechanical side of unlocking the upgrades for the abbey is fun. But the trappings and style around the relationships is either going to work for you, or not, and ultimately I feel that is based on how into the MCU are you? While Midnight Suns is definitely not trying to be an MCU game, you cannot help but see certain characters as a poor facsimile to their movie counterparts. Then having other characters in the periphery show up and not be at all like their movie personas is jarring, mixed in with a slew of characters that I’d bet a majority of people won’t even know, it gets a little grating.

Is Marvel’s Midnight Suns a great game? I don’t think so. I think it’s tactics are fun and solid, but they take a backseat to the RPG and relationship elements. Your enjoyment of those elements rely far too heavily of your investment on the Marvel formula, and for me there just isn’t enough of a meaningful pull to go through these laborious conversations for hours on end to have just a side of tactics. Your mileage may vary, but I feel that for many, this will be a game that goes down as an interesting experiment that will be copied by others, and those games will benefit from the risks that Midnight Suns has taken.