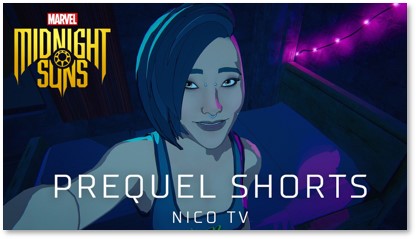 With the release of “Nico TV,” all five Marvel’s Midnight Suns are now available to watch on Marvel Entertainment’s YouTube channel.

*Launch timing for the Xbox One, PlayStation 4 and Nintendo Switch versions of the game will be shared at a later date.