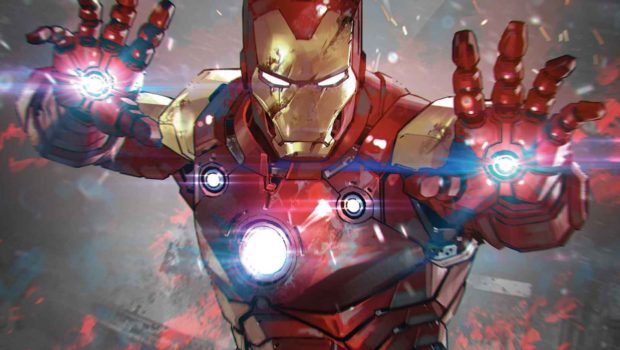 MARVEL’S HIGH-FLYING ARMORED AVENGER IS HUMBLED BY A NEW ARCHENEMY IN THE INVINCIBLE IRON MAN #1 TRAILER!

Next month, Iron Man suits up for a brand-new era just in time for his 60th anniversary! Written by Gerry Duggan and drawn by Juan Frigeri, INVINCIBLE IRON MAN will begin with Tony Stark hitting rock bottom after a host of villains surface to take him down, from classic foes like the Living Laser, to brand-new rivals, like Feilong. Straight from the pages of Gerry Duggan and Pepe Larraz’s X-Men, the aggressively ambitious genius with a vendetta against mutantkind is switching targets. Matching Iron Man in intellect, power, and wealth is no small feat and this dark counterpart is planning to attack Tony in every way possible!

After a heavy dose of setbacks leave him with nothing, Tony will need to court new allies, embrace bold solutions, and make startling moves that will affect the wider Marvel Universe including the Avengers and mutantkind. Can he navigate his way towards a brighter future or will he be the architect of his own destruction? Fans can see the explosive opening strike that will set Tony on this dangerous but exciting new path right now in the all-new INVINCIBLE IRON MAN #1 trailer, featuring never-before-seen artwork!

“Tony will be tested, as will the armor,” Duggan told CBR in a recent interview. “As a longtime Iron Man fan, I’m very happy to be throwing everything from my years of notes on the character into one big story. I’ve only pitched stories with beginnings, middles and ends for a while now, and I’m getting to execute on my favorite ideas for both Tony and Iron Man. There is an attempt by our villain to make Tony his own worst enemy.”