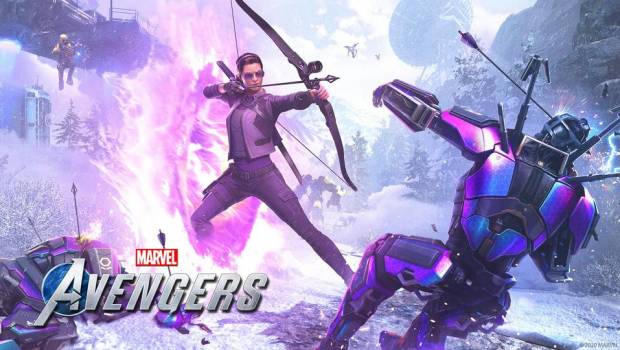 Summary: Kate Bishop is fast-paced and fun, despite her narrative being far too short and told too quickly. The rest of the update is virtually non-existent, however, and isn't enough to breathe new life into the experience.

It’s been over three months since the initial release of Marvel’s Avengers, the live service game centred around the titular superhero group as they battle it out against those bent on unsavoury deeds. With the recent release of Kate Bishop – Operation: Taking Aim, developer Crystal Dynamics hopes to breathe fresh life into the multiplayer action experience – which has seen a frightfully low number of remaining players since their unsteady launch.

The new update (coming in at around 14GB on PS4) introduces a three hour long narrative experience centred around Kate Bishop, apprentice to Clint Barton (better known as Hawkeye) but a fine hero in her own right. In addition to a new hero and story, Taking Aim brings with it a new Major Artefact alongside some new and improved gear sets to help customise how you want to play as Kate.

At the top of the pile is Kate herself, and while it might be that she is a sight for sore eyes desperate for content, she nonetheless delivers a playstyle that is different enough from the original crew of heroes to be fresh, but not so distant to leave new or returning players confused. Kate is best played at range, her vast arsenal of different arrow types lets you approach combat in a myriad of different ways. Whether its dealing damage from a high vantage with Razor Arrows and explosives, or teleporting into massive groups of foes and sending them reeling with the wide-spread Scattershot, Kate is a blast to play no matter your position in the fight. 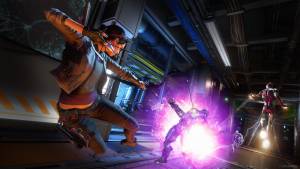 For those less concerned with raw damage, Kate’s heroic and intrinsic abilities allow for a level of strategy unparalleled by the base game’s playable heroes. With Decoy – for example – you’re able to place a second version of Kate to provide cover fire, distract enemies, or even just act as an easy escape with the Afterimage upgrade, allowing you to swap places with your double. This is only one of the many ways Kate is able to control the battlefield.

With a new hero comes new skills to tune the way you fight as a particular hero. Kate’s skill trees allow an impressive amount of customisation in how Kate works, for instance, I found ways to reduce her ability to teleport in order to increase damage on close-range melee attacks, which helped because I didn’t find myself making use of her teleport much anyway. These skill trees are designed superbly to give you a real sense of progression with a particular character, introducing new skills just as you grasp the old ones.

Alongside Kate as a new playable hero, Operation: Taking Aim brings a fully fleshed-out three hour long set of story missions that explores the narrative reason for Kate’s induction into the Avengers, her search for her mentor. 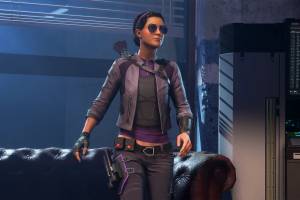 The narrative is simple, but merely acts as an impressive springboard from which the rest of the post-launch content will launch. Kate’s search for Clint is, while compelling, a trifle too short to justify the long wait players have had to endure since it was announced. The narrative also feels rushed, like it’s there only to serve as a backdrop for Kate’s appearance and as a setup for a more exciting story to come (as evidenced by the story’s mysterious ending).

Outside of the main event, Operation: Taking Aim brings a new Major Artefact called Vishanti Appendix XIII, a spell located in the book of Vishanti, which is a tome used and protected by Doctor Strange in Marvel lore. Vishanti Appendix XIII in practice, however, is much less exciting than its lore-rich sibling, merely replicating Black Widow’s ability to turn a character invisible. While it does provide some use during tough fights, I never found it to be necessary or worth the massive cooldown it has between uses. In short, it’s not worth your time unless it fits with one of your builds. 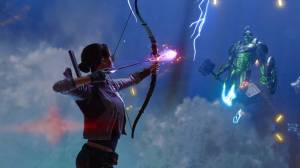 Unfortunately, outside of that, there still isn’t much to do in Marvel’s Avengers. While future updates are said to add new areas and villains to the mix of daily and weekly resets, Crystal Dynamic’s first expansion has proven to be less than impressive for those either not interested in Kate’s playstyle and aesthetic, and those looking for variety in their daily grinding.

Overall, Operation: Taking Aim has introduced a stellar addition to the roster in Kate Bishop, and her narrative is compelling enough to keep you invested – even if it is too short. The other additions (or lack thereof) are less than impressive, and provide very little variety to regular play and don’t improve on the honest criticisms of the game’s lack of endgame content. Future expansions can add new heroes and narratives as much as they like, but without a more significant reason to keep fighting AIM’s forces, I can’t see Marvel’s Avengers ever living up to its own name.