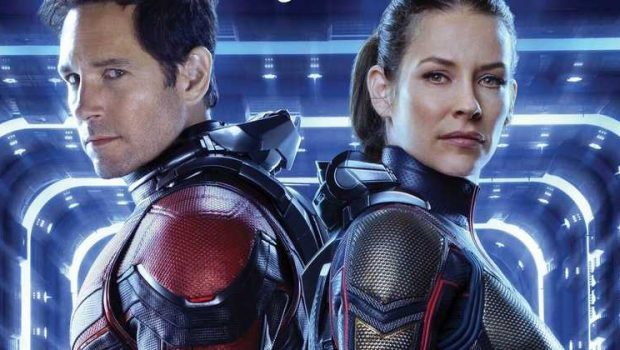 Marvel’s Ant-Man & The Wasp Home coming to Digital October 3 and on Blu-ray/DVD Nov 14!

Moviegoers are still buzzing about Marvel Studios’ “Ant-Man and The Wasp,” the follow-up to 2015’s “Ant-Man” and the 20th consecutive Marvel Cinematic Universe film to debut at No. 1 opening weekend and ranked in the box office top 10 for six consecutive weeks this summer. On Oct. 31, fans can instantly watch the laugh-out-loud super hero adventure Digitally in HD; and on Nov. 14 take it home on Blu-ray™ and Blu-ray 4K Ultra HD™.

Exclusive extras provide an inside look at some of Marvel Comics’ most celebrated characters and the consummate, comedic actors who portray them in “Ant-Man and The Wasp.” Featurettes spotlight Paul Rudd, who returns as good-hearted thief turned hero, Scott Lang, and delivers big laughs both on set and in theaters; Evangeline Lilly, who transforms into The Wasp, the first female character to be featured in the title treatment of a Marvel Studios film; and iconic actors Michael Douglas and Michelle Pfeiffer as super couple Hank and Janet Van Dyne.

GO BEHIND THE SCENES WITH PAUL RUDD HERE: https://youtu.be/ZV0AUVymX48