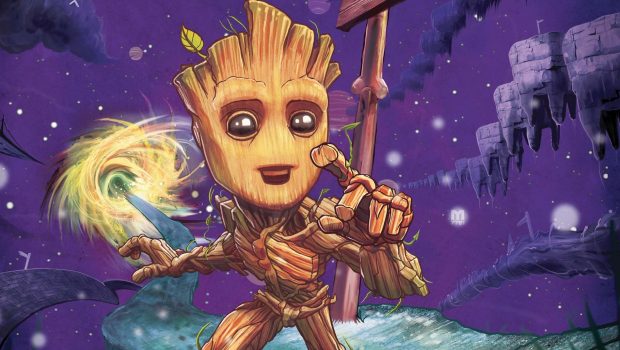 ALL-NEW GUARDIANS OF THE GALAXY #1

A NEW ERA OF COSMIC ADVENTURE BEGINS HERE! Double ships every month! The Guardians of the Galaxy have taken off into space once more, on their biggest and weirdest misadventures yet! Kicking things off with the biggest heist they’ve ever tried, we join Star-Lord, Rocket Raccoon and company as they blast their way through the galaxy, the peacekeepers of the Nova Corps hot on their tails. And once they find themselves caught in a war between The Collector and The Grandmaster, there will hardly be time to explain why Groot can’t grow any bigger, what Gamora is searching for or why Drax has sworn off violence! But don’t worry, we will — with a new twice-monthly schedule, All-New Guardians of the Galaxy has space for ALL your Marvel Cosmic needs! 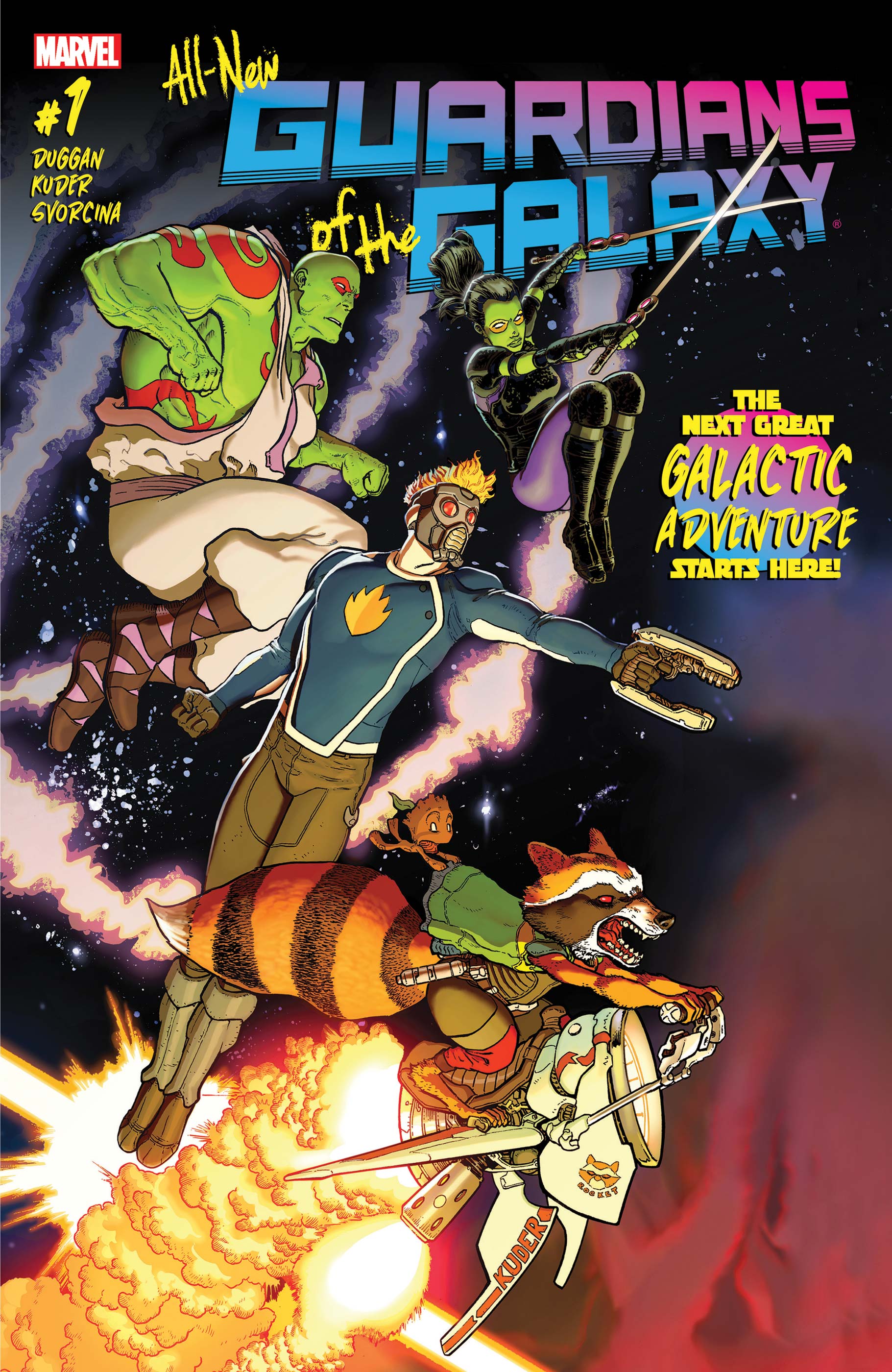 THE KING OF THE INHUMANS’ FIRST SOLO SERIES! Black Bolt imprisoned! But by who? And where exactly? The answers to both will shock you! But to learn those answers, Black Bolt must first win a fight to the death with a fellow inmate — The Absorbing Man! Award-winning science fiction writer Saladin Ahmed (Throne of the Crescent Moon) crafts a story as trippy as it is action-packed, with truly mind-bending art from the one and only Christian Ward! 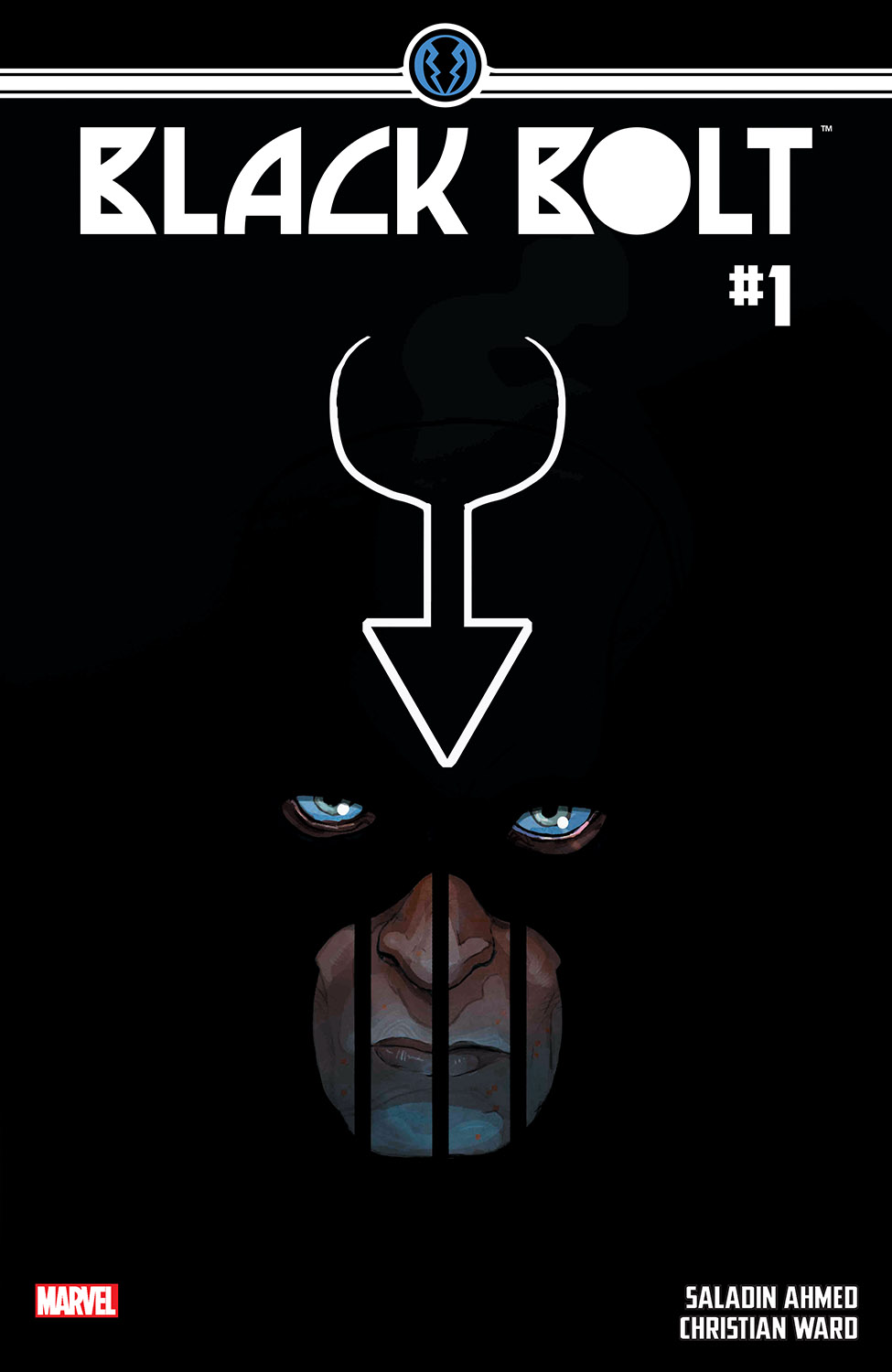 GUARDIANS OF THE GALAXY: MISSION BREAKOUT #1

The Collector’s many-worlds-famous collection is opening its doors to the public — and you won’t believe the star attraction. Only the Guardians can break through Taneleer Tivan’s security and BREAK OUT! The Marvel Universe story of Disney’s newest, raddest ride!

GUARDIANS OF THE GALAXY: MOTHER ENTROPY #1

The Guardians owe everyone on Knowhere money, so they’re forced to do a job for the local police. But that gets them running afoul of Pip the Troll and a mysterious entity known only as Mother Entropy. And that’s when the fun begins.

When a teenage JEAN GREY traveled through time and arrived in the present, she learned the terrible fate that befell her predecessor: Possessed by a cosmic entity called the Phoenix, Jean was trapped in an endless cycle of life and death. Determined to escape that future, Jean set out to write her own destiny. But now, she’s visited by a premonition that the Phoenix is coming for her…and in this new ongoing series by DENNIS HOPELESS (ALL-NEW X-MEN, SPIDER-WOMAN, X-MEN: SEASON ONE) and VICTOR IBANEZ (EXTRAORDINARY X-MEN, STORM), she’s going to fight tooth and nail to escape becoming its next victim! 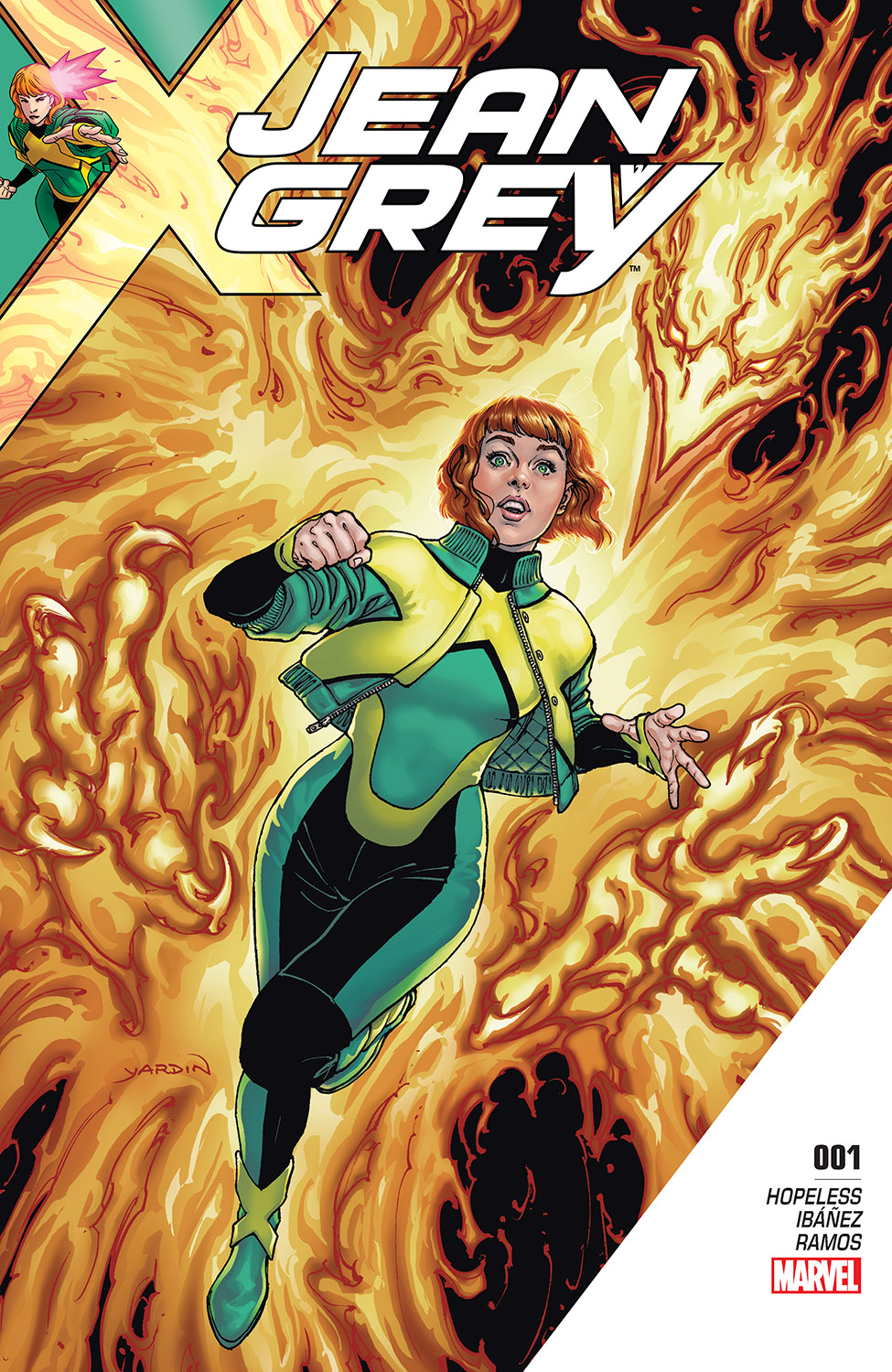 It’s been building for months, across a bevy of titles! But now, the moment has arrived for Steve Rogers to step into the light and declare his allegiance to Hydra! How can the heroes of the Marvel Universe cope with this shattering betrayal by the most trusted figure among them? And what will this mean for the world? The map of the Marvel Universe changes in ways nobody will expect — TRUST THE SECRET EMPIRE!

BLACK PANTHER AND THE CREW #2

GUARDIANS OF THE GALAXY: MOTHER ENTROPY #2

MARVEL UNIVERSE GUARDIANS OF THE GALAXY #1

GET READY FOR A LIFE OF SPACECRIME! It’s a dirty universe out there, even when you’re not regularly mistaken for trash-foraging vermin. And it’s about to get dirtier. He thought his paws were clean, that he was on the up-and-up. But then an old flame swam back into his life, and he was back in the game… the heist game. If you need a safe cracked, a vault busted or a score taken…ask for Rocket. Just don’t call him a raccoon. 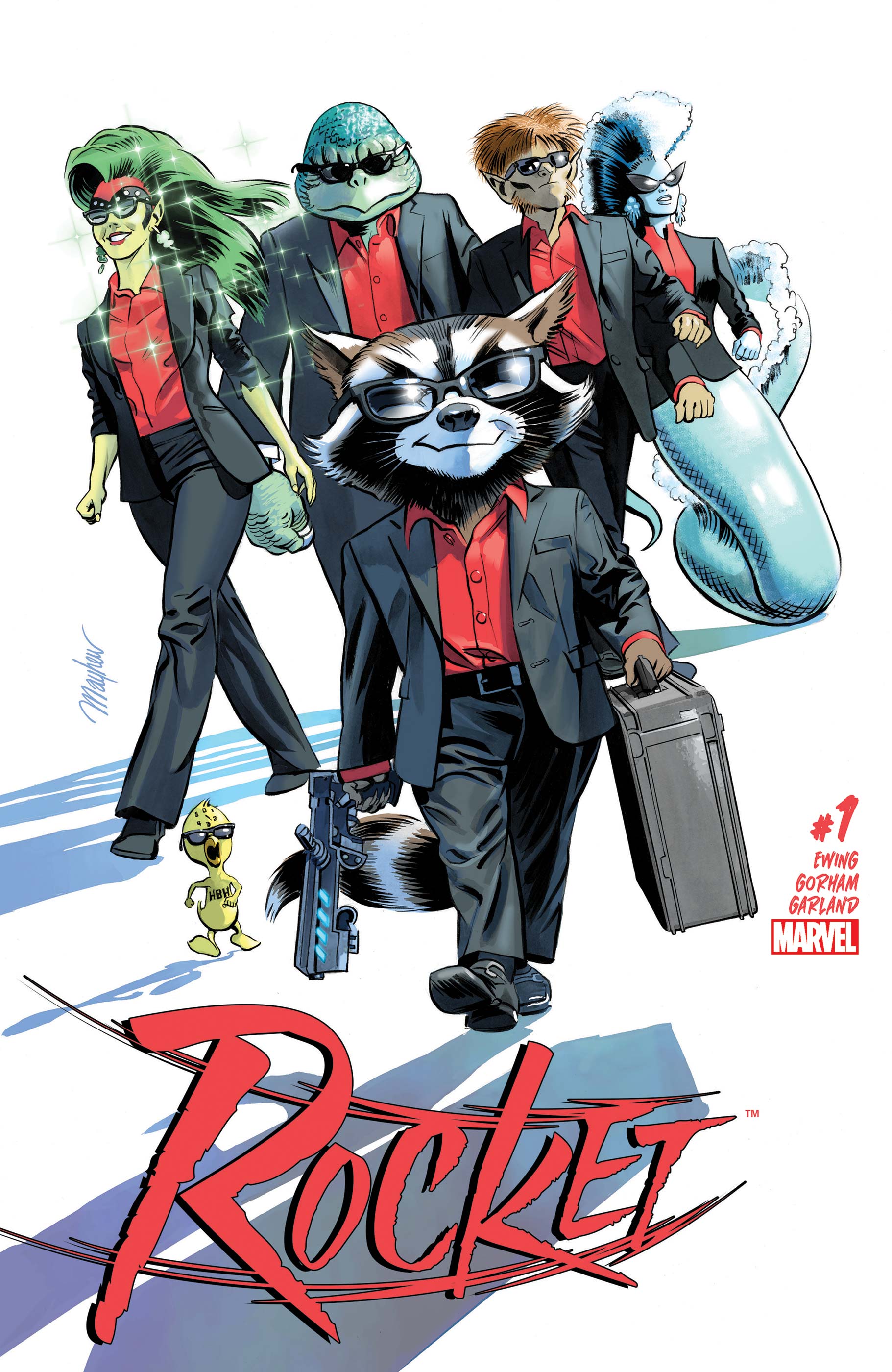 A SECRET EMPIRE TIE-IN! Captain America has been revealed to be an agent of Hydra – and he’s coming after Inhumans! S.H.I.E.L.D. Agent Daisy Johnson, a.k.a. QUAKE, wants no part of Hydra, so she goes underground, teaming up with MS. MARVEL, MOON GIRL & DEVIL DINOSAUR, KARNAK and INFERNO to set things right – for the Inhumans, but also for the entire country! Penned by rising star Matthew Rosenberg (Kingpin, Rocket Raccoon, 4 Kids Walk Into A Bank) and drawn by the immensely talented Javier Garrón (Death of X, Inhumans vs X-Men), SECRET WARRIORS is one part coming-of-age story, one part spy-thriller, all action and all heart. Don’t miss the next (and final?) generation of Inhumans as they take the Marvel Universe by storm!

“THE SCREAMING CITADEL” — PART 1. Rebel pilot and rogue archaeologist wander side by side into the darkest shadows of the galaxy as Luke Skywalker reluctantly teams up with Doctor Aphra! The Doctor makes Luke an offer he can’t afford to pass up…one that leads him to a very rare gathering at the heart of the infamous Screaming Citadel. Will Luke find what he’s looking for? Can Aphra be trusted? Or will they both wind up victims of the Citadel’s Queen?

The original manga is adapted into English for the first time! Time and again, the Avengers have assembled to save the Earth from destruction. But they’ve never had to face a threat as gruesome and UNDEAD as this one! Now, Earth’s Mightiest Heroes must fight to contain an outbreak of horrifying zombies, and stop them from spreading across the Earth! But not all of the Avengers will escape uninfected…

DEADPOOL VS. THE PUNISHER #3

The Xavier Institute for Mutant Education and Outreach has opened its doors and is ready to foster the next generation of heroes and diplomats! But this time around, the X-Men recognize an unfortunate truth: not all mutants are created equal. Some mutants are not made to fight Sentinels or serve as ambassadors on behalf of their kind. Some mutants will just be lucky to survive another day in a world that hates and fears them. And who better to mentor mutantkind’s lovable losers than perpetual sidekick Jubilee? But will Jubilee and GENERATION X survive the experience? 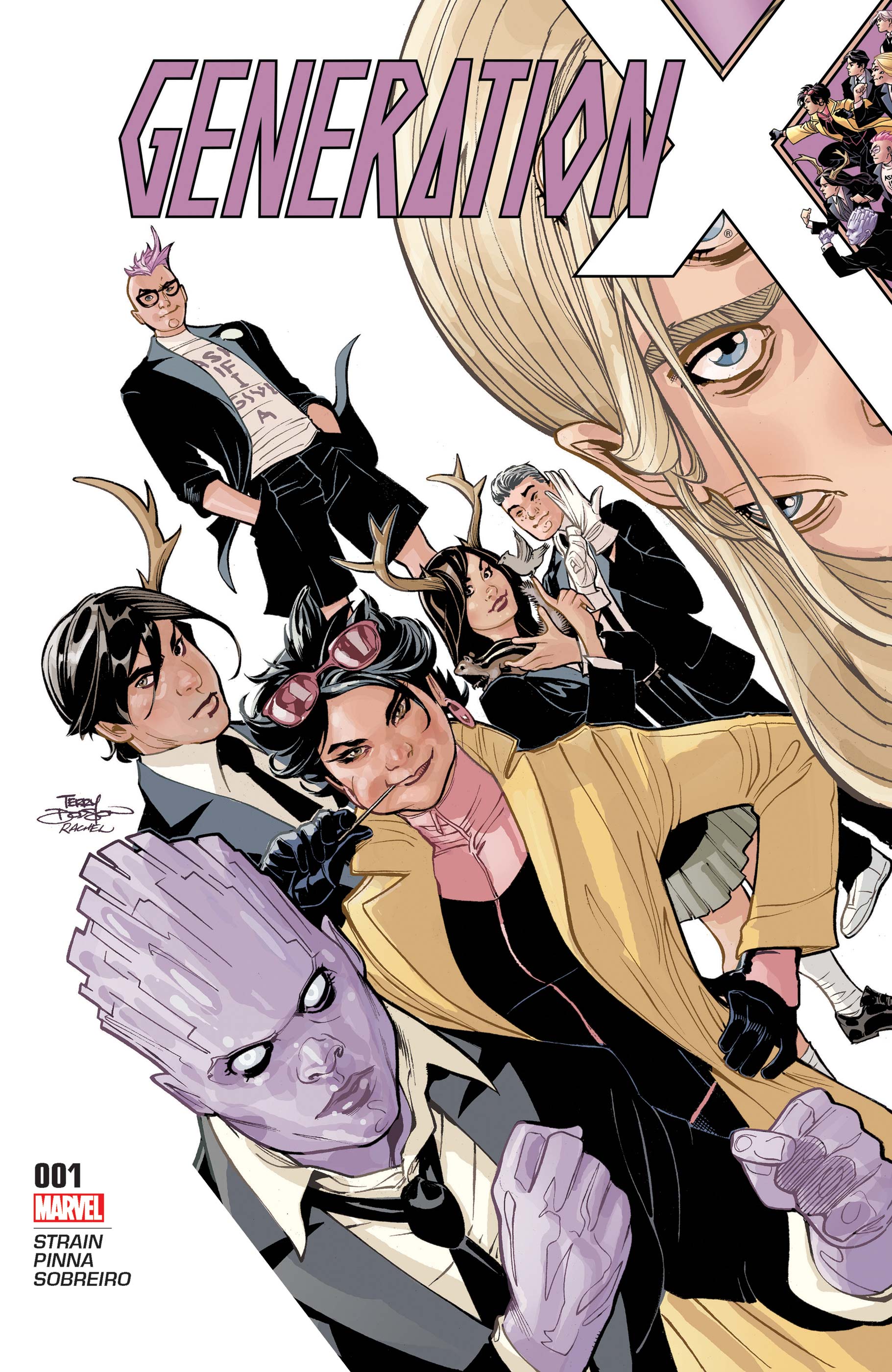 GUARDIANS OF THE GALAXY: MOTHER ENTROPY #3

CAGED VENGEANCE! Dr. Noah Burstein, the man who made Luke Cage into the unbreakable hero he is today, is dead. When Luke goes down to New Orleans for the funeral, he finds The Big Easy to be pretty &$#% difficult. Mysterious billionaires, a woman with a secret, amped-up gangs and a shadowy figure all lead Luke to the conclusion that there’s more to his father-figure’s death than meets the eye. He’s looking for answers, and it’s a bad day for anyone in his way! 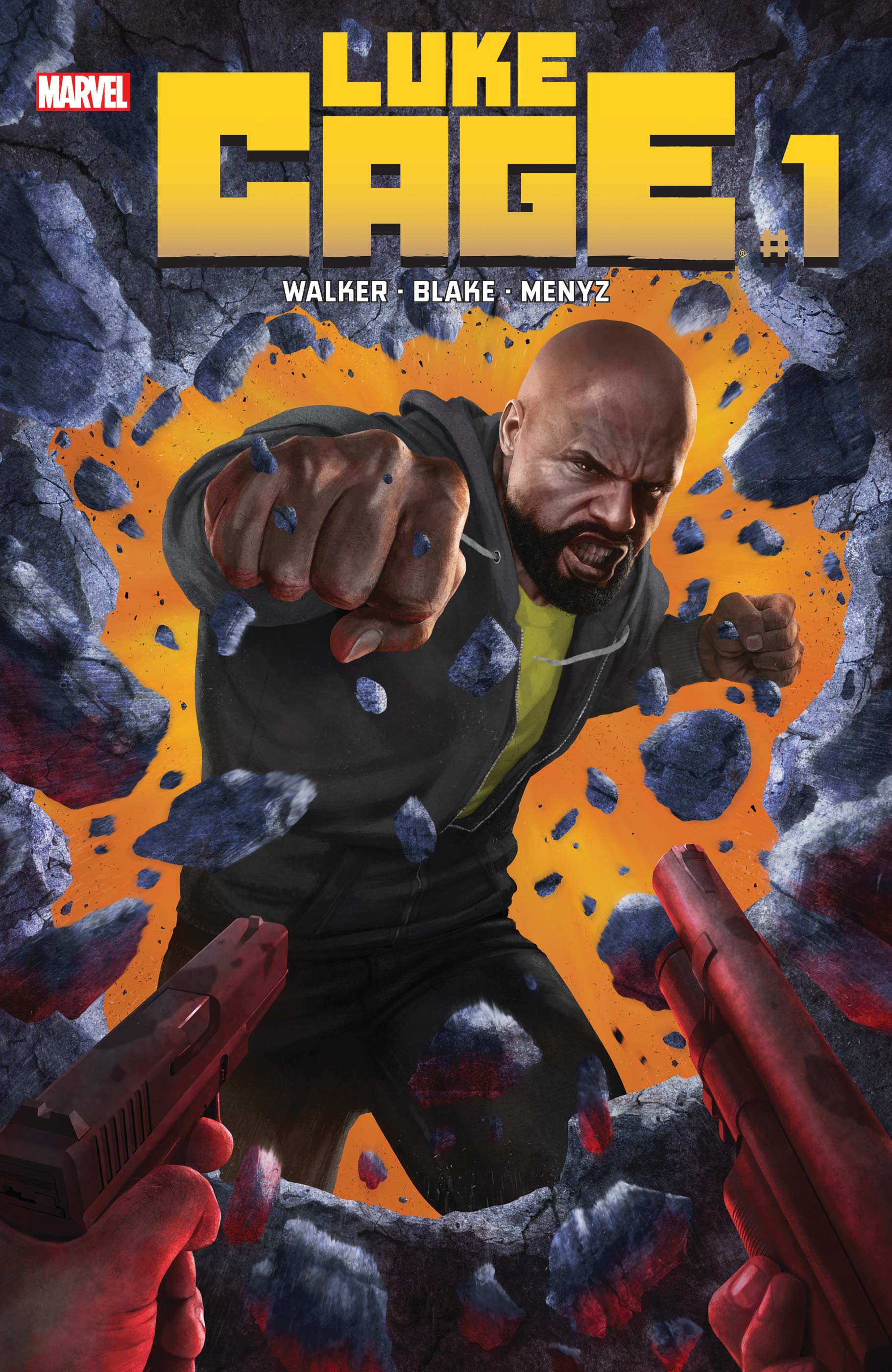 ALL-NEW GUARDIANS OF THE GALAXY #2

DOCTOR STRANGE AND THE SORCERERS SUPREME #8

GUARDIANS OF THE GALAXY: MOTHER ENTROPY #4

GROOT IN HIS OWN SERIES, SMALLER AND BETTER THAN EVER! When the Guardians of the Galaxy get caught in a wormhole, a smaller-than-normal Groot is separated billions of light-years away from the team. Falling to a planet below, Groot discovers he is on an entirely alien and unknown world full of strange creatures and societies. Seriously underdeveloped and with nobody who can understand him, Groot will need to make the journey to the center of this world and find the way back to his family! 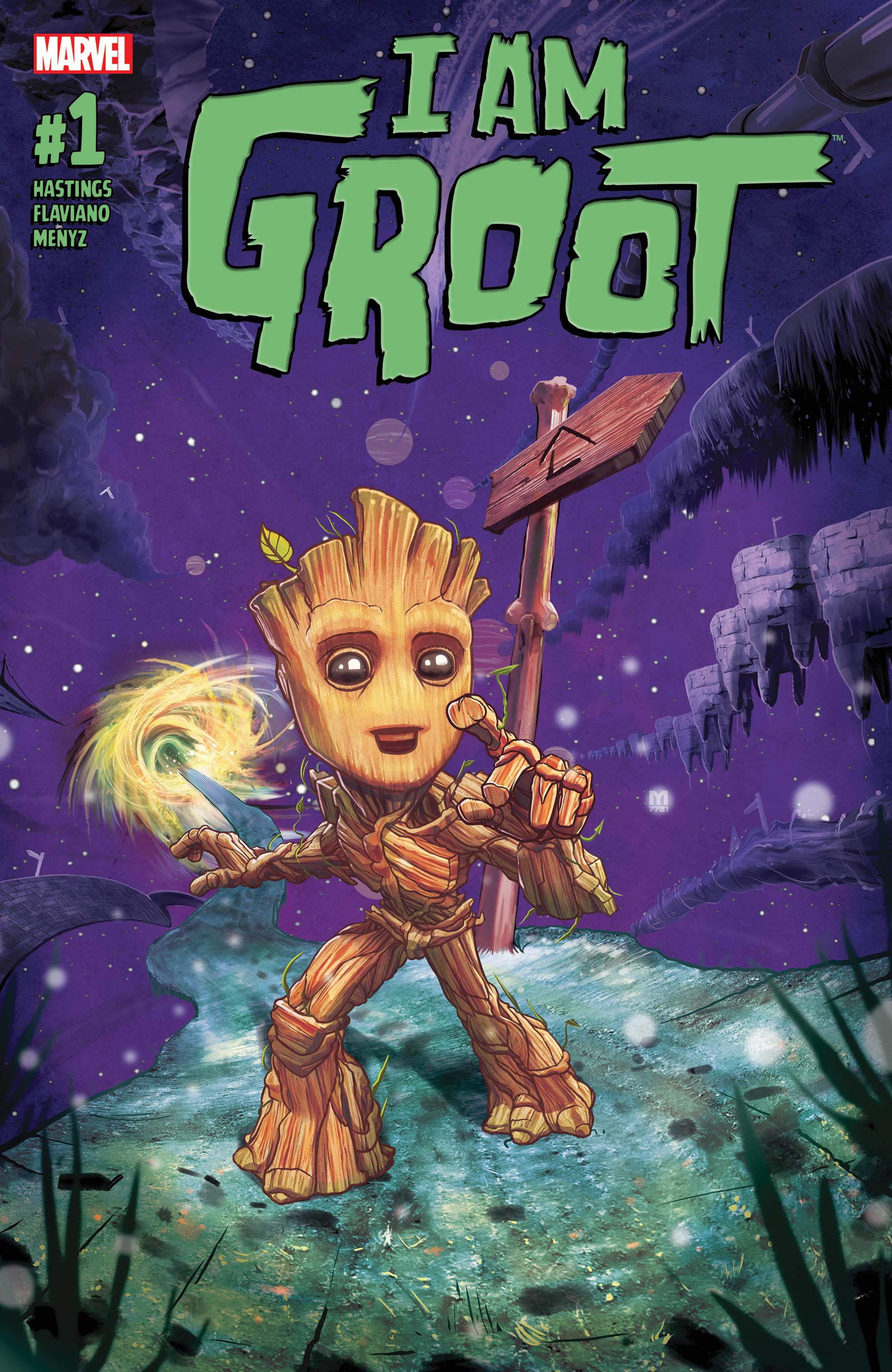 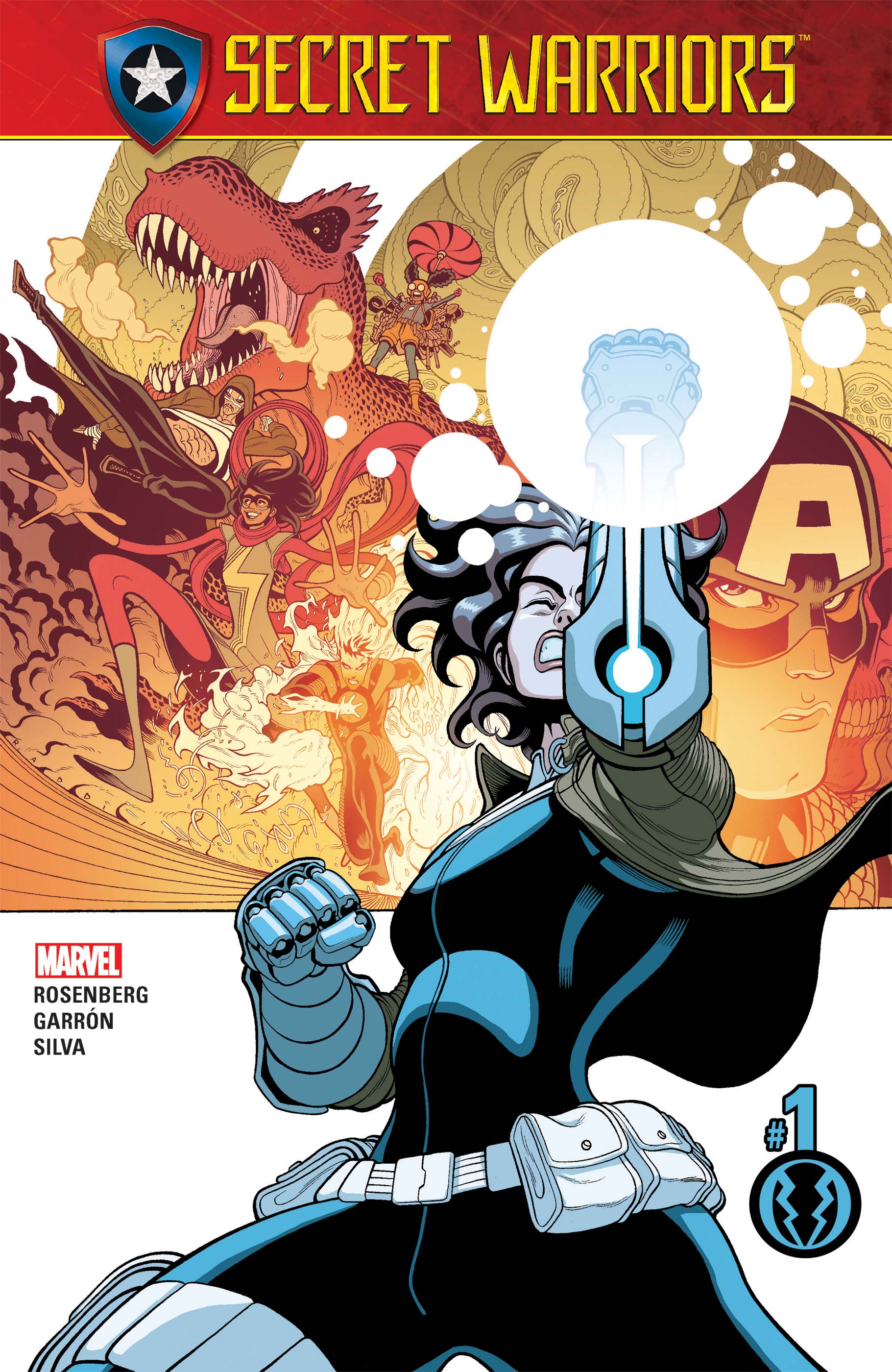 Having narrowly escaped an assassin, Peter Quill has crash-landed on a desert planet. There, he finds a small town that’s terrorized by a mean, old varmint. Not willing to take any bullies lying down, Peter has to rally the townspeople to stand up for themselves. But it turns out there’s more to this town than meets the eye! 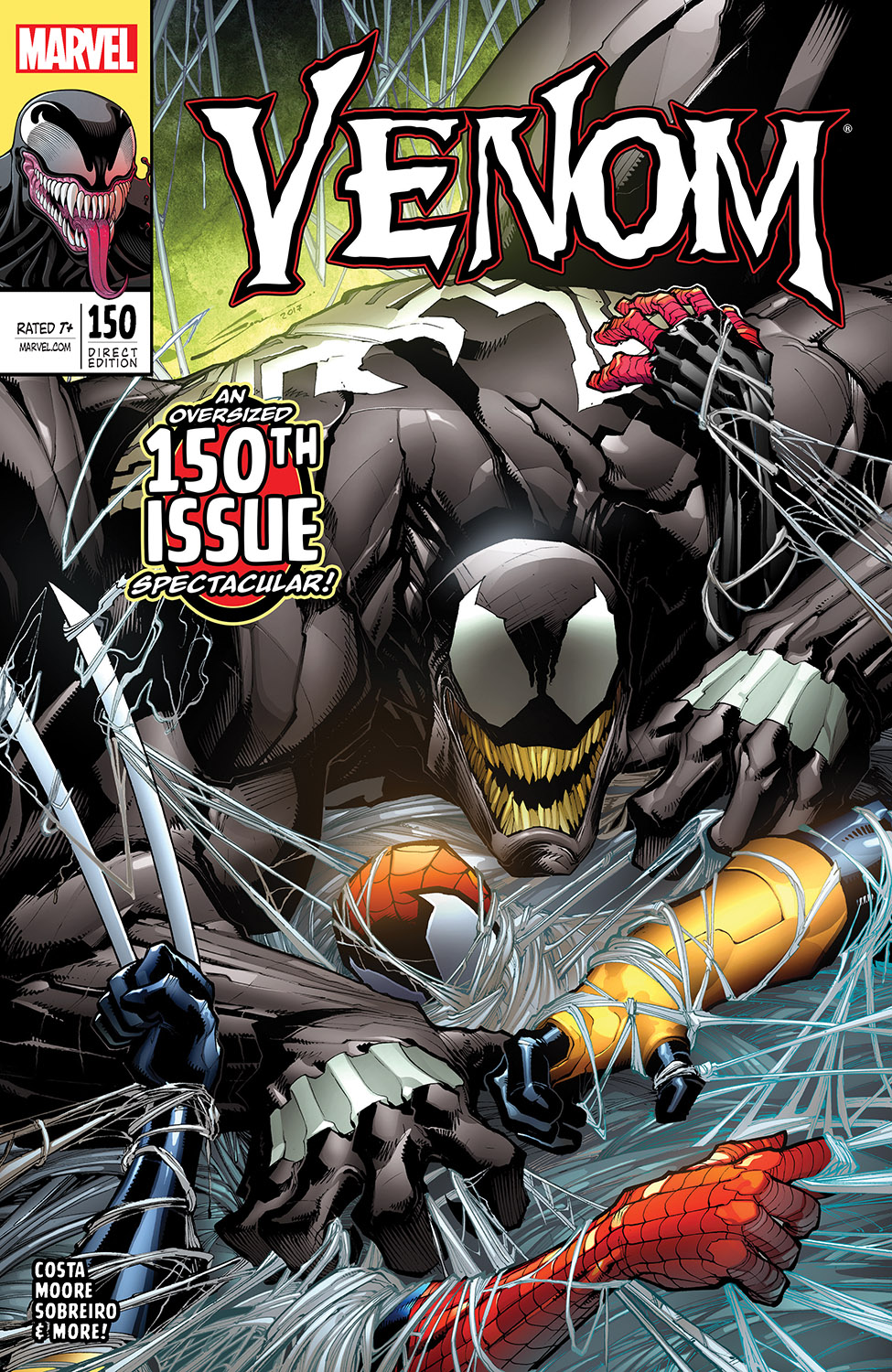 Marvel Unlimited members have access to some of the greatest Marvel Comics featuring The Avengers, Spider-Man, Guardians of the Galaxy, Thor, Black Panther, and more! With November’s update, Marvel Unlimited will also be expanding its back catalog with the following series: Peter Parker, The Spectacular Spider-Man (1976), Sensational She-Hulk (1989), Ms. Marvel (1977) and much more!