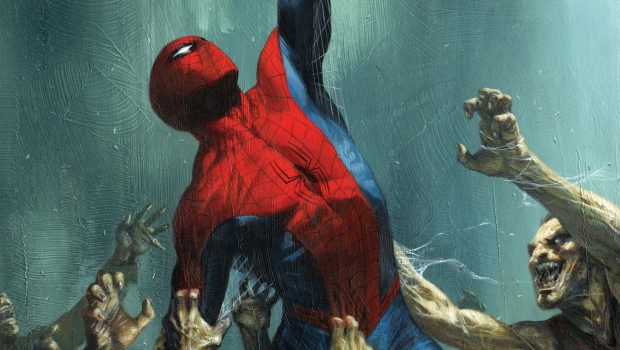 A MONSTERS UNLEASHED TIE-IN! As monsters fall from the sky, the ALL-NEW X-MEN find themselves in NEW ORLEANS – but this trip is going to involve more than beignets and gumbo! While the rest of her team enjoys Mardi Gras in the city, WOLVERINE travels deep into the bayou with an old friend to investigate several mysterious disappearances. What will they end up finding? And what do the mysterious giant monsters wreaking havoc around the world have to do with it? Pick up this blockbuster tie-in to the epic MONSTERS UNLEASHED event and find out!

This is pleasure. What does the world’s greatest assassin do for fun? Find out what Bullseye gets involved in for laughs in this deadly first issue, way down in South America! 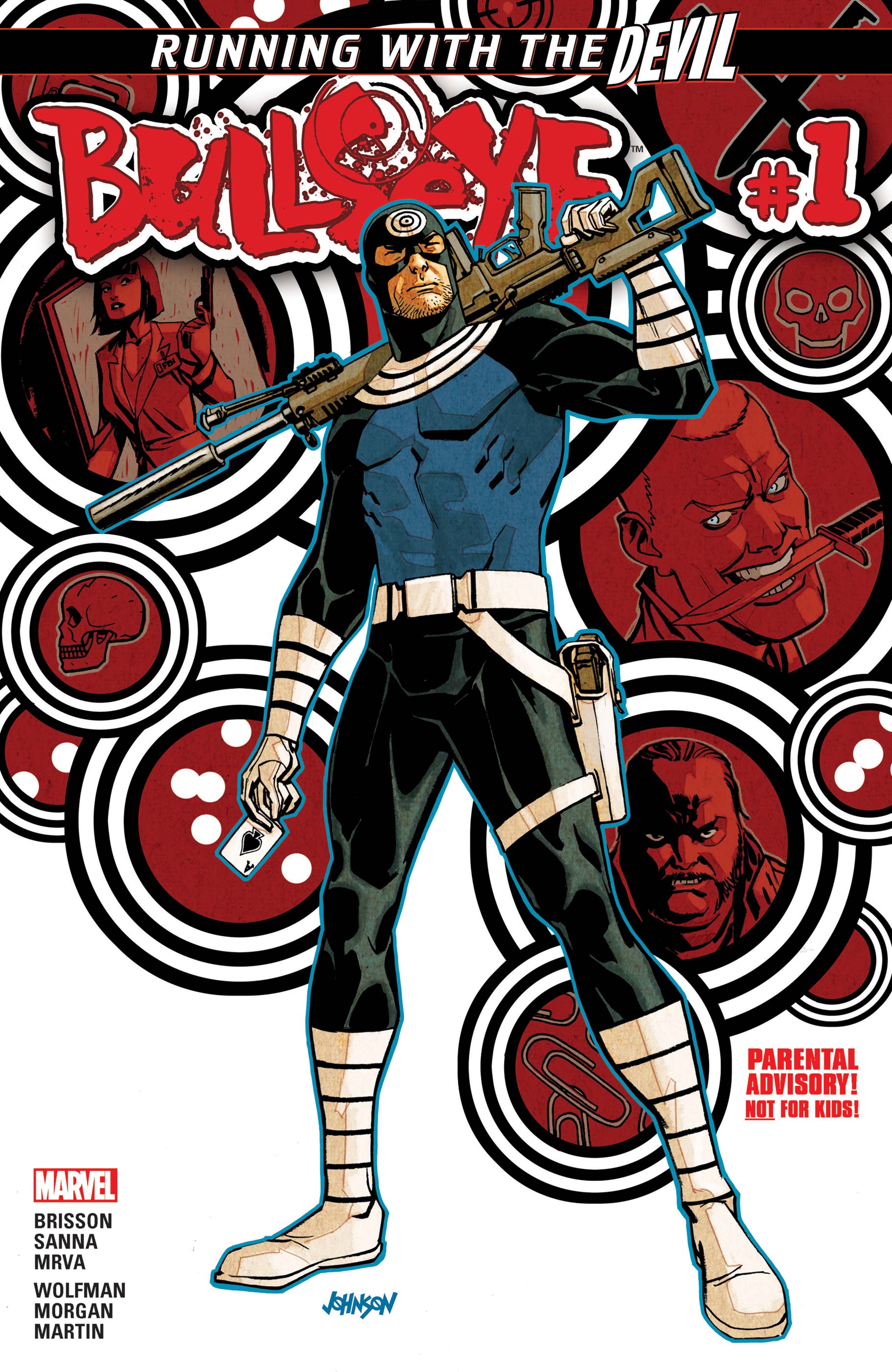 DEADPOOL & THE MERCS FOR MONEY #8

Bred on hate, fear, and anger…steeped in the ways of darkness…and trained to kill. Darth Maul’s time as apprentice to Darth Sidious has long been cloaked in shadows, but at last we will reveal his tale of revenge. From writer Cullen Bunn (DEADPOOL KILLS THE MARVEL UNIVERSE, WOLVERINE) and artist Luke Ross (STAR WARS: THE FORCE AWAKENS, HERCULES) comes a tale of rage unleashed as Darth Maul prepares for his first encounter with the Jedi. 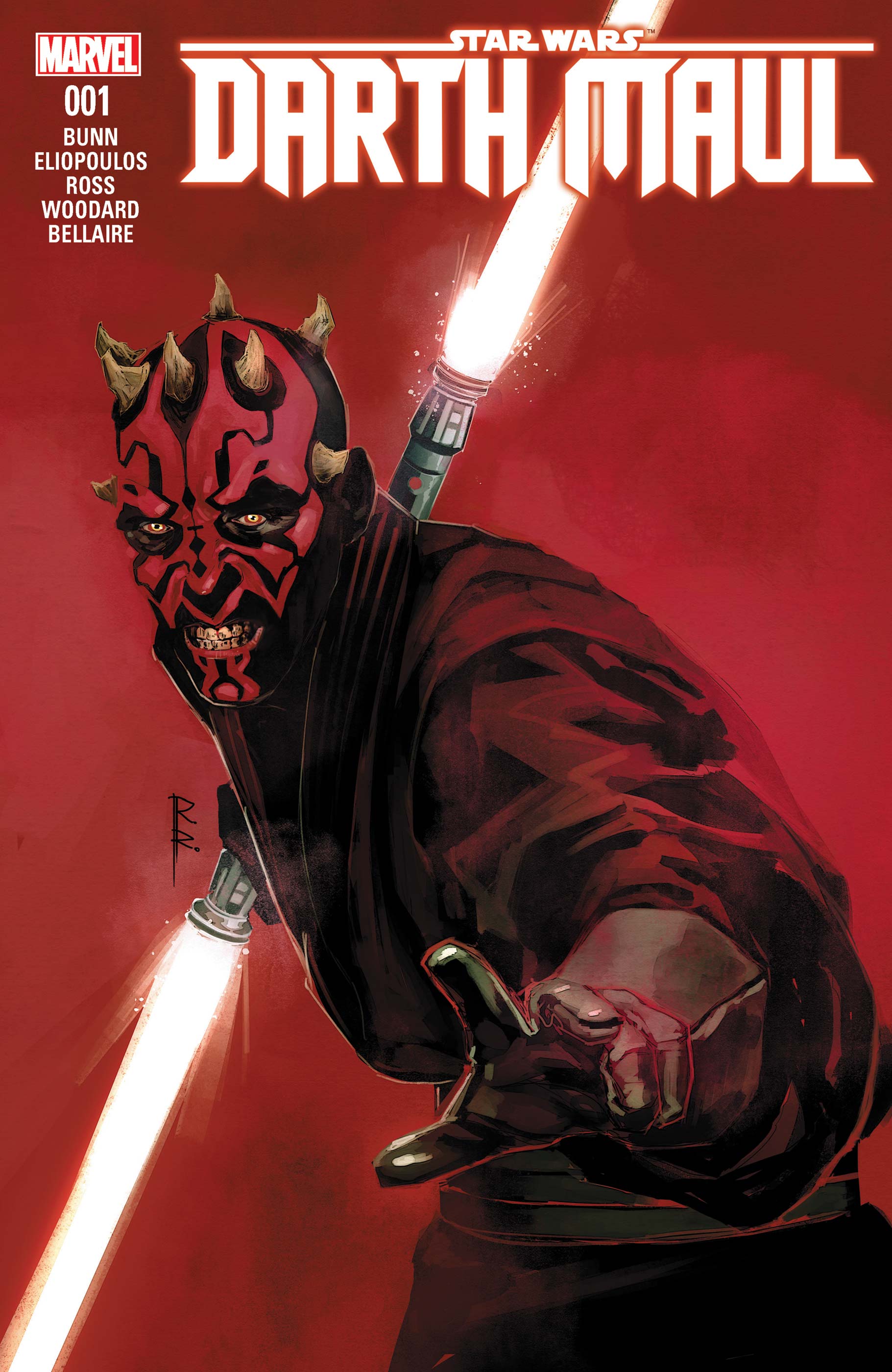 DOCTOR STRANGE AND THE SORCERERS SUPREME #5

GUARDIANS OF THE GALAXY #17

WILSON FISK BUILDS A BRAND-NEW EMPIRE! The KINGPIN has done bad things. Deplorable things. He has cheated the law. He has blackmailed rivals. He has killed. But that’s all in the past. The Kingpin is back in the city that he loves and ready to make his mark as a titan of legitimate industry, but needs to rekindle his public image. When Wilson Fisk makes disgraced journalist SARAH DEWEY an offer she can’t refuse, the spiraling saga of crime and betrayal begins anew. Don’t miss the start of Kingpin’s series, written by breakout writer MATTHEW ROSENBERG and illustrated in the heavy noir stylings of BEN TORRES, as Manhattan’s criminal mastermind returns to the Big Apple with honorable intentions, but no one in his circle remains pure on his climb back to the top. 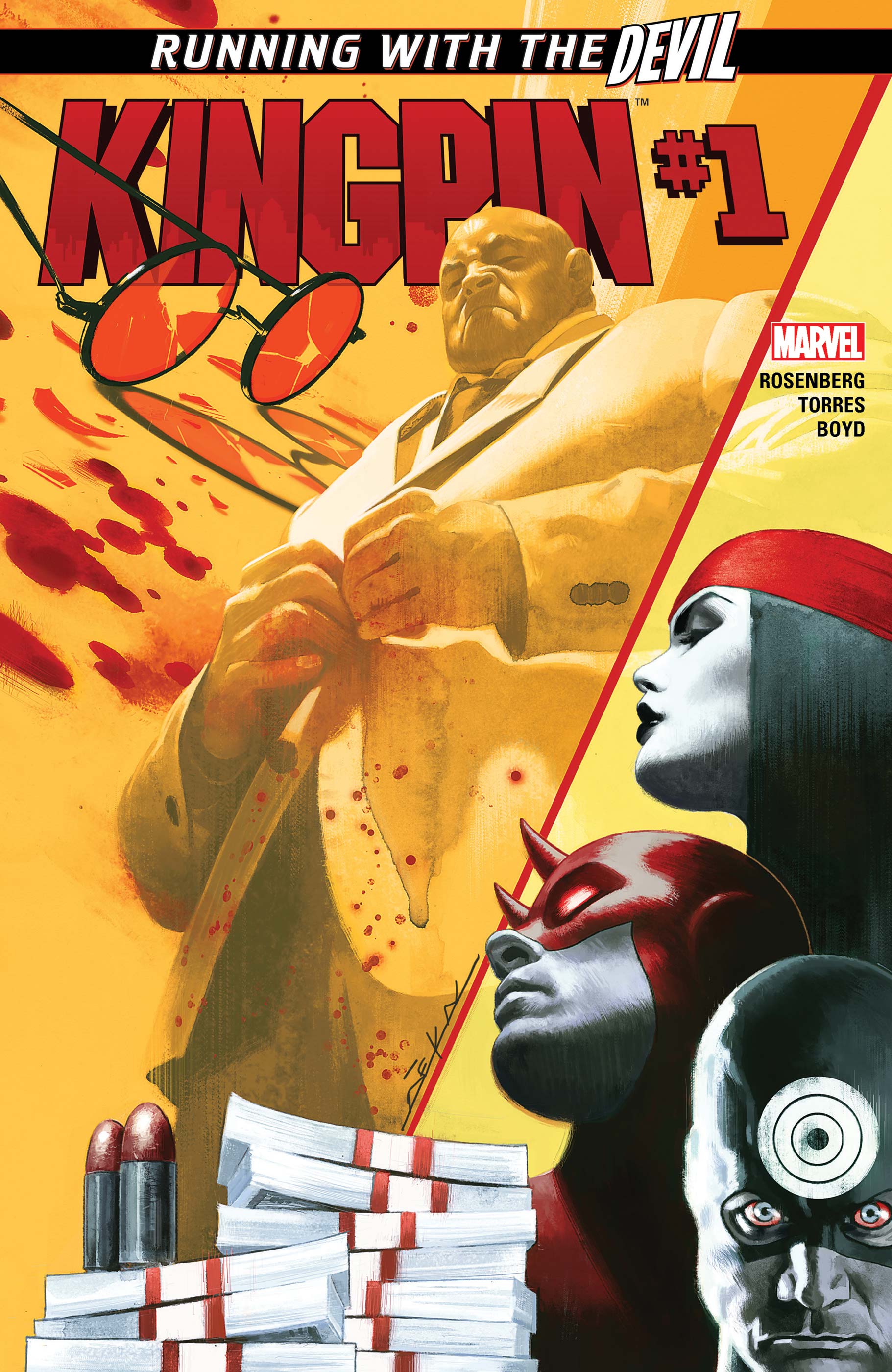 MARVEL UNIVERSE GUARDIANS OF THE GALAXY #17

A MONSTERS UNLEASHED TIE-IN! A terrible twosome of LEVIATHON MONSTERS has crashed down in Rome, and with Earth’s Heroes spread thin, it’s up to Medusa and the UNCANNY INHUMANS to stop them! But when one of the monsters sets its sights on a small village, Crystal and Swain are cut off from their team – and one is gravely injured. A comrade down, a titan on her tail, and a group of people counting on her, one hero must dig deep and face her inner demons to take down a TITANIC THREAT.

A MONSTERS UNLEASHED TIE-IN! Doctor Strange gets sucked into the monster event of the year! Too bad for the Marvel Universe that Strange is at his lowest power levels. What’s a Sorcerer Supreme to do? 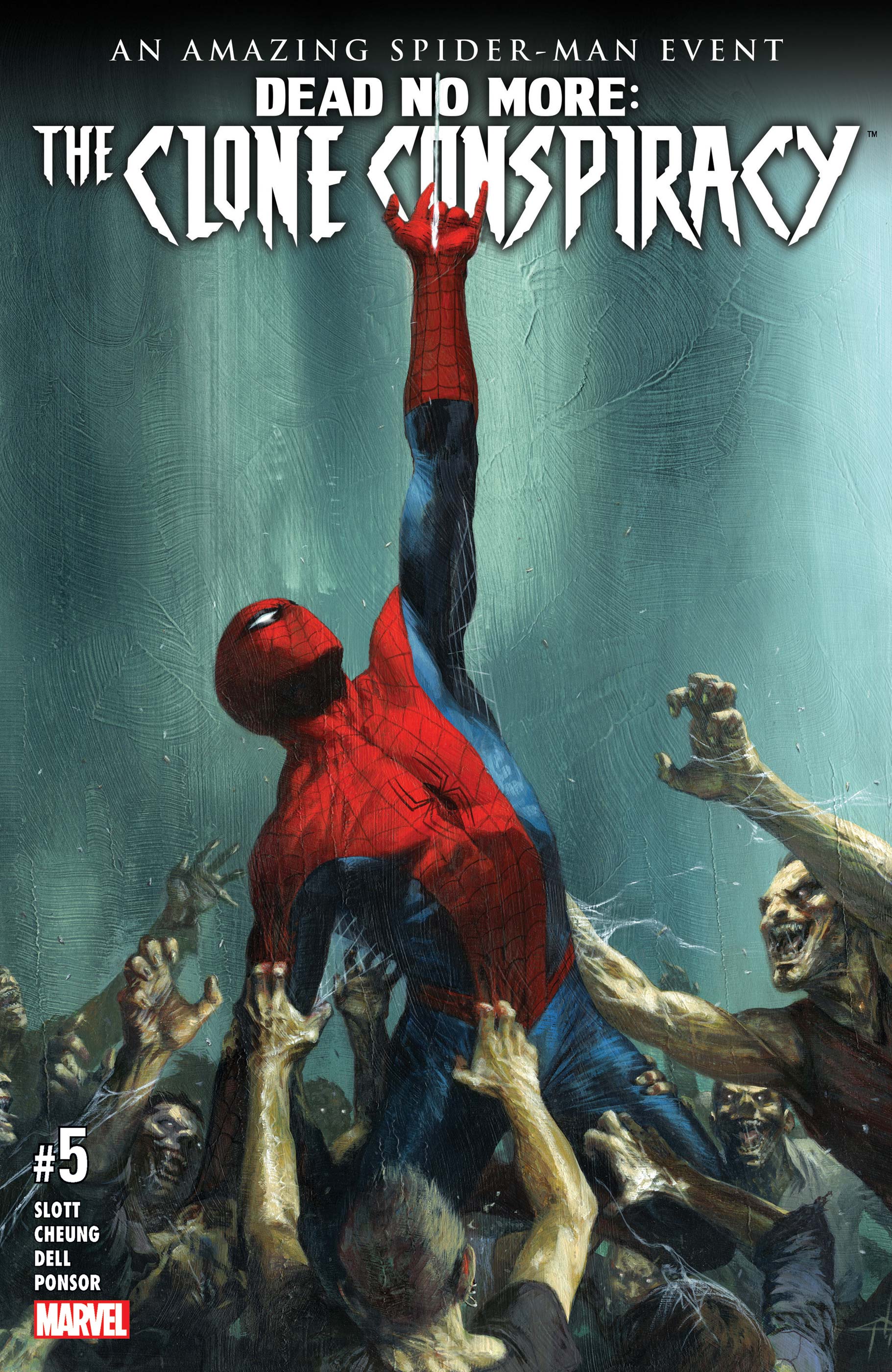 A MONSTERS UNLEASHED TIE-IN! An endangered habitat! A peaceful protest! And a team of freelance troubleshooters determined to end the work-stoppage at any cost! Sounds like a job for the Champions, right? Only, nobody mentioned anything about GIANT MONSTERS FALLING FROM THE SKY!

CASINO BATTLE ROYALE! Running from her tumultuous past, ELEKTRA attempts to lose herself in a vibrant sea of neon, noise and anonymity: LAS VEGAS. But how long can a former ninja assassin really hope to escape the vortex of violence that encompasses her life…especially when there’s a new player in Sin City that has her in his sights for his newest game? Enter: Arcade. 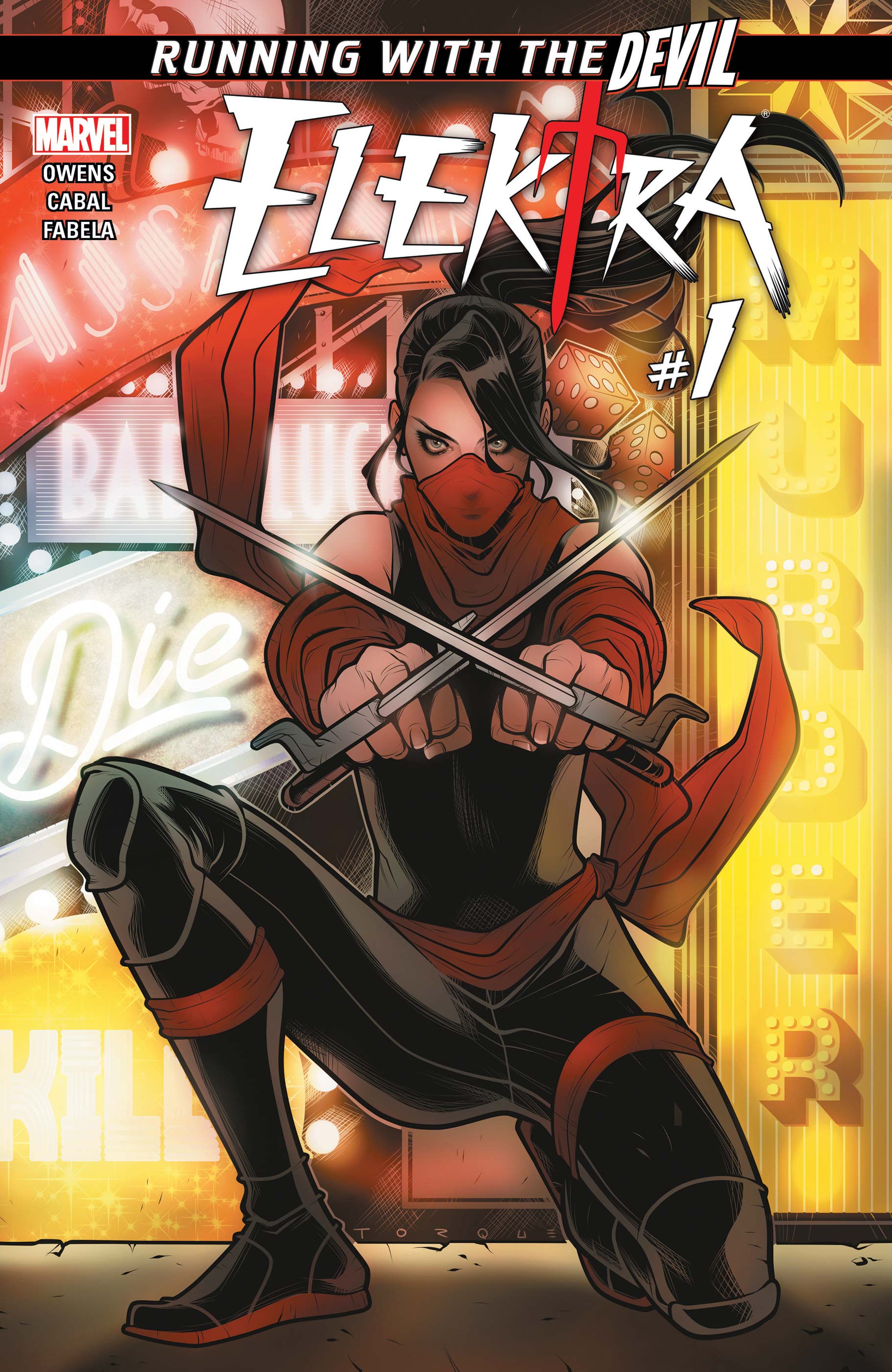 Marvel Unlimited members have access to some of the greatest Marvel Comics featuring The Avengers, Spider-Man, Guardians of the Galaxy, Black Panther, and more! With August’s update, Marvel Unlimited will also be expanding its back catalog with the following series: Defenders (1972), Incredible Hulk (1999), Power Man (1974) and much more!