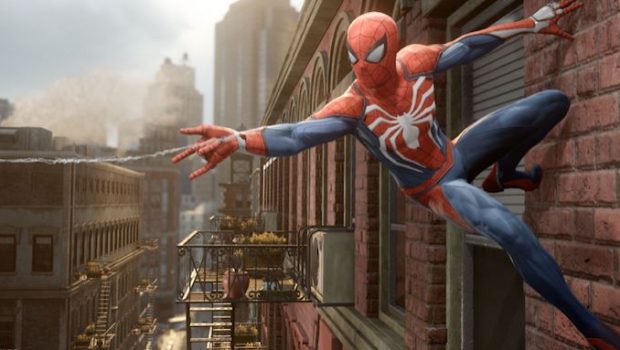 Marvel – An All New Spider-Man Experience

Bill Rosemann from Marvel Games welcomes you to a new era for the wondrous webslinger!

We’ve just revealed the first BIG surprise from the Marvel Games team: an all-new Spider-Man experience, exclusively for the PlayStation 4! If you tuned in to PlayStation’s E3 press briefing we’re sure you’ve already felt the excitement. But if you missed it, here’s a first look at one of our most ambitious projects yet. Let’s go for a swing!

Now, to answer some of your Daily Bugle front page questions…

Why Spider-Man? Because when Stan Lee and Steve Ditko created Peter Parker, they broke the mold of what a Super Hero could be and set the bar by which all others would be judged. And that’s exactly what we plan to do with this game: break the mold and set a new bar of greatness for Marvel Games!

Why Insomniac? Insomniac is a perfect match for Spider-Man because not only are they world class game developers that make phenomenal story-driven experiences, but they also craft games bursting with personality, humor and most importantly: FUN…just like Spidey!

Why PlayStation? The PlayStation 4 is one of the most exciting gaming platforms ever! But not only have they created a great gaming console, they also have an amazing line-up of first party titles and a community of the most passionate players that we are thrilled to join.

The Marvel Games team is determined to deliver authentic Marvel experiences filled with our magic mix of action, drama, humor, romance, social relevance and jaw-dropping awesomeness. This all-new Spider-Man game and our partnership with Sony Interactive Entertainment and Insomniac is a direct result of our wholehearted dedication to creating the best Marvel games the world has ever seen!

We hope you enjoyed your first look at our new Spider-Man and we invite you to keep watching the skies for more surprises from Marvel Games in the months to come.