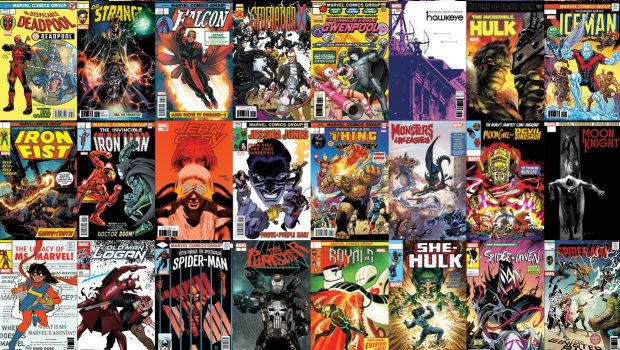 MARVEL LEGACY: EVERY HERO! EVERY TITLE! EVERY STORY!

Prepare for an exciting new initiative that spans the entire Marvel Universe! Every hero! Every title! Every story! Honoring the past while proudly moving towards the future, MARVEL LEGACY will offer fans, both current and new, a renewed sense of hope, heroics, and dozens and dozens of returns of the heroes fans have been demanding! MARVEL LEGACY ushers in the next few years’ worth of stories from Marvel with everything fans could want and more. You asked for it, and now is the time to Make Mine Marvel! 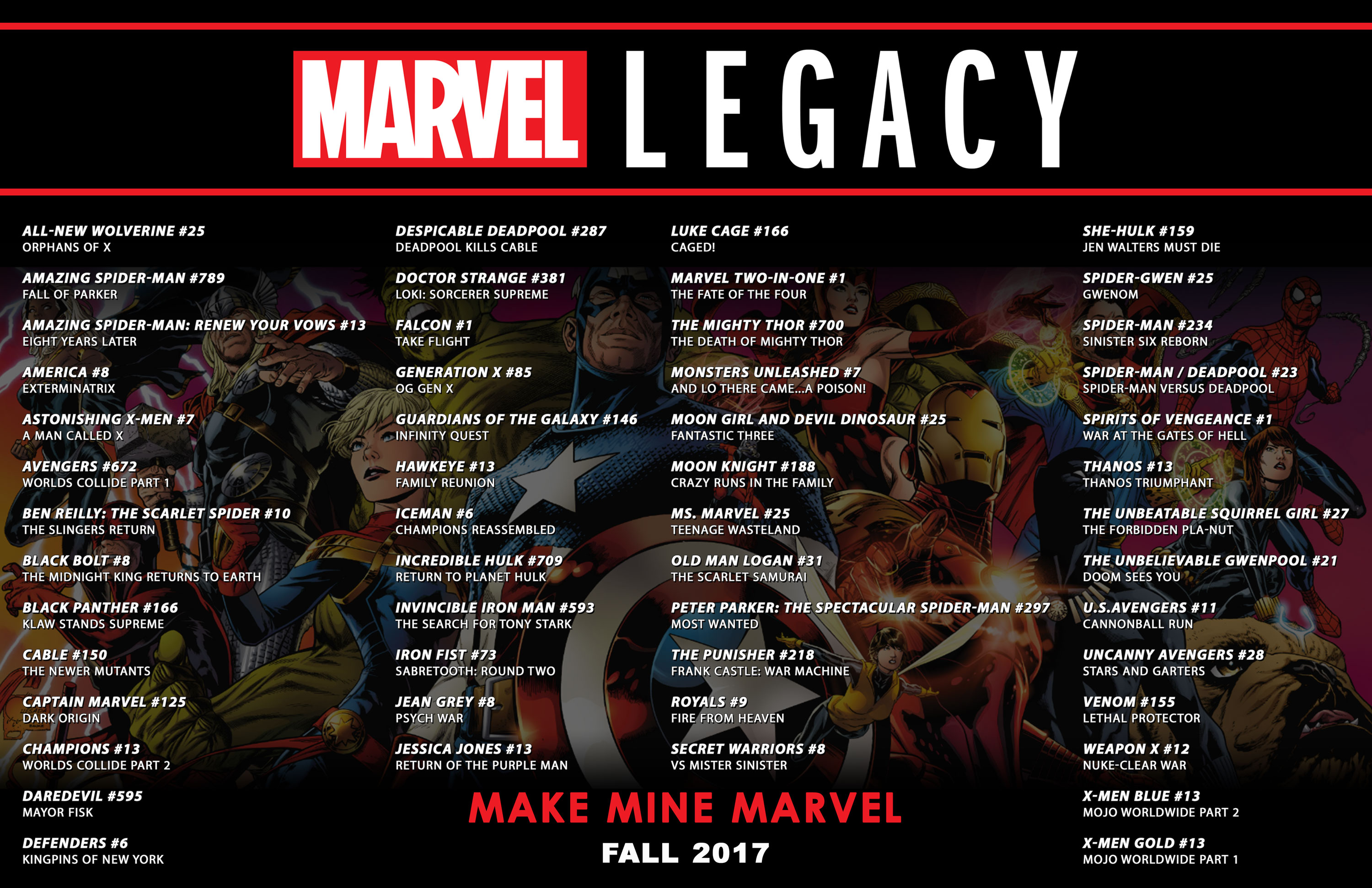 “I love the concept of returning to the classic characters as they were originally portrayed, without losing the brilliance and excitement of Marvel’s newest generation of heroes,” said Chairman Emeritus Stan Lee. “Excelsior!”

And that’s just the beginning! It all starts with MARVEL LEGACY #1.

Journey to the dawn of time, as Marvel introduces you to the first Avengers from 1,000,000 BC – when iconic torch-bearers such as Odin, Iron Fist, Starbrand, Ghost Rider, Phoenix, Agamotto, and Black Panther come together for the startling origin of the Marvel Universe, in MARVEL LEGACY #1 on sale this September in comic shops everywhere!

“MARVEL LEGACY #1 isn’t simply a history lesson,” says SVP and Executive Editor Tom Brevoort. “Rather, it’s the starting gun to a bevy of mysteries, secrets, and revelations that will reverberate across the Marvel Universe in the weeks and months to come! No character, no franchise will be untouched by the game-changing events that play out across its pages. Jason and Esad pulled out all the stops to fat-pack this colossal issue with as much intrigue, action, surprise, mystery, shock, and adventure as possible!”

The acclaimed team of writer Jason Aaron (Mighty Thor) and artist Esad Ribic (Secret Wars) reunite for an all-new 50-page blockbuster one-shot that will take you through time to the current Marvel Universe, showing you how it’s “all connected.” A true homage to Marvel’s groundbreaking past and the vast expanse of current storytelling greats.

“MARVEL LEGACY #1 will present all fans – new readers and current readers – with an exciting and accessible entry point,” says Marvel Editor in Chief Axel Alonso. “Jason and Esad have crafted an epic story that’s chock full of reveals and twists and Easter eggs that are sure to ignite a fire across the industry.  The next stage of Marvel’s evolution starts here.”

And there’s still so much more to come, we’ve merely scratched the surface with a few words, a few teases, and a few dazzling quotes. Sit tight for in the coming weeks, there will be more exciting announcements devoted to MARVEL LEGACY featuring all the epic new entry level story arcs, the dynamic creative teams, the legacy numbering guides, the returns, the searches, the battles, the foes, dynamic new nostalgia based promotions guaranteed to drive all fans into comic shops. 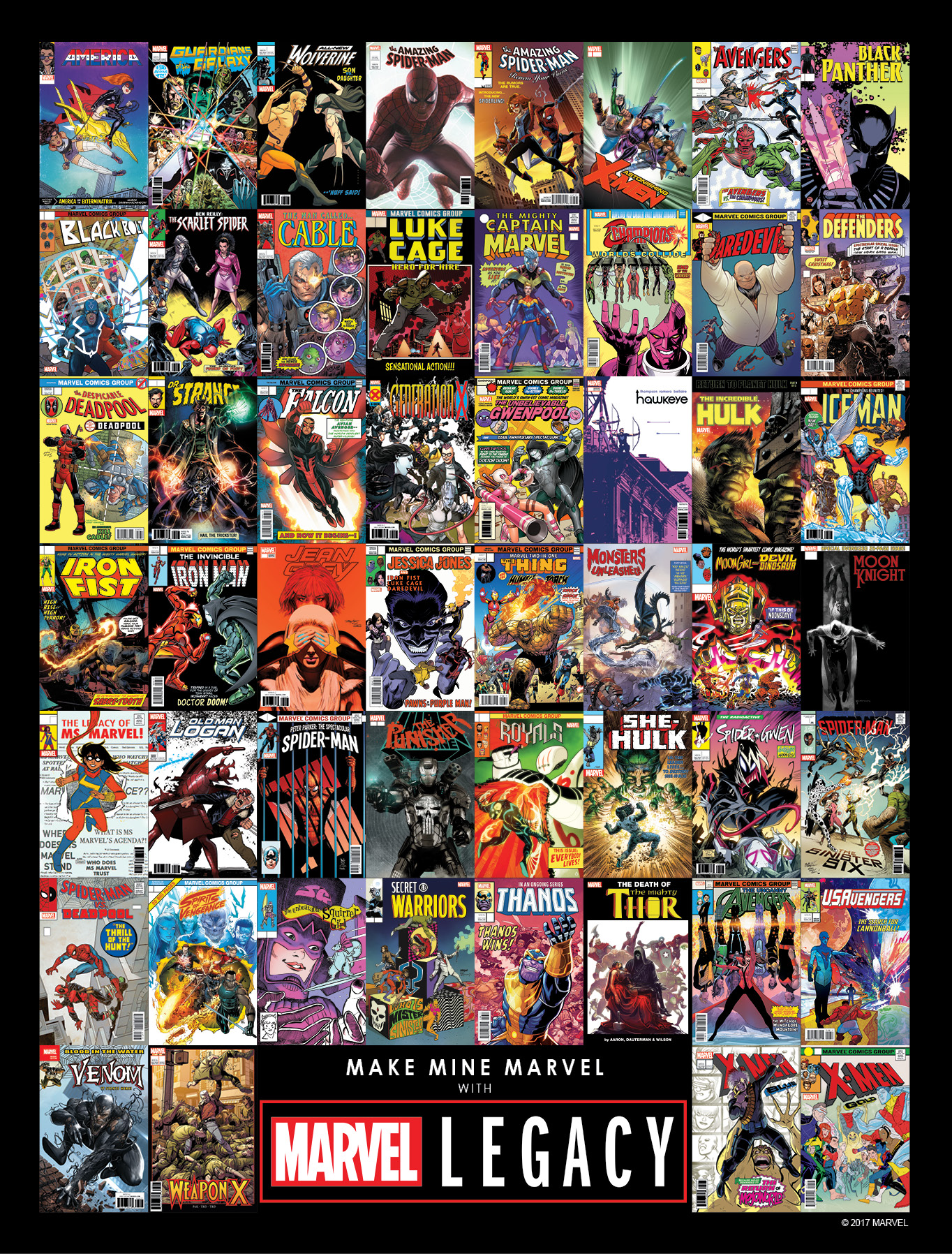