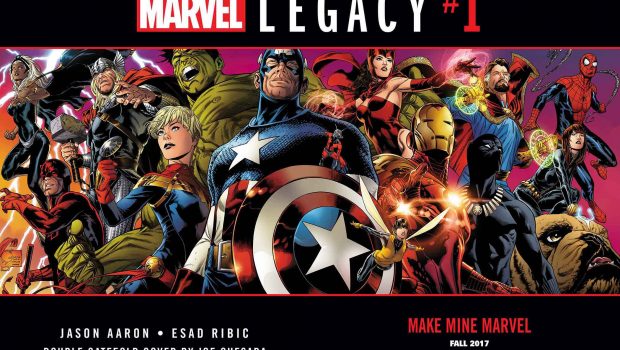 An Asgardian titan. A Wakandan warrior bred to be a king. The very first Sorcerer Supreme.

Since its inception, Marvel has been delivering groundbreaking heroes and explosive stories. Now, prepare to return to the dawn of time, as Marvel introduces you to the first Avengers from 1,000,000 BC – when iconic torch-bearers such as Odin, Iron Fist, Star Brand, Ghost Rider, Phoenix, Agamotto, and Black Panther come together for the startling origin of the Marvel Universe, in MARVEL LEGACY #1!

The acclaimed team of writer Jason Aaron (Mighty Thor) and artist Esad Ribic (Secret Wars) reunite for an all-new 50-page blockbuster one-shot that will take you through time to the current Marvel Universe, showing you how it’s truly “all connected.” A true homage to Marvel’s groundbreaking stories, MARVEL LEGACY brings your favorite characters together for exciting and epic new stories that will culminate in returning to original series numbering for long-running titles.

“MARVEL LEGACY #1 isn’t simply a history lesson,” says SVP and Executive Editor Tom Brevoort. “Rather, it’s the starting gun to a bevy of mysteries and secrets and revelations that will reverberate across the Marvel Universe in the weeks and months to come! No character, no franchise will be untouched by the game-changing events that play out across its pages. Jason and Esad pulled out all the stops to fat-pack this colossal issue with as much intrigue, action, surprise, mystery, shock and adventure as possible!”

“MARVEL LEGACY #1 will present all fans – new readers and current readers – the very best jumping on point in the history of comics,” says Marvel Editor in Chief Axel Alonso. “What Jason and Esad have crafted is more grand and more gargantuan than anything we have ever seen before and introduces concepts and characters the Marvel Universe has never encountered. Fans are going to witness an all-new look at the Marvel Universe starting at one of the earliest moments in time carried all the way into present day. Not only will this be the catalyst for Marvel evolving and moving forward, but expect it to be the spark that will ignite the industry as a whole.”

This September, prepare to MAKE MINE MARVEL with the most surprising, suspenseful, mysterious, astonishing tale ever told, featuring appearances from almost every beloved Marvel hero! It all leads to the return of a major Marvel icon in a shocking reveal that will leave fans speechless!

Dive into all the excitement when MARVEL LEGACY #1 comes to comic shops everywhere this September! 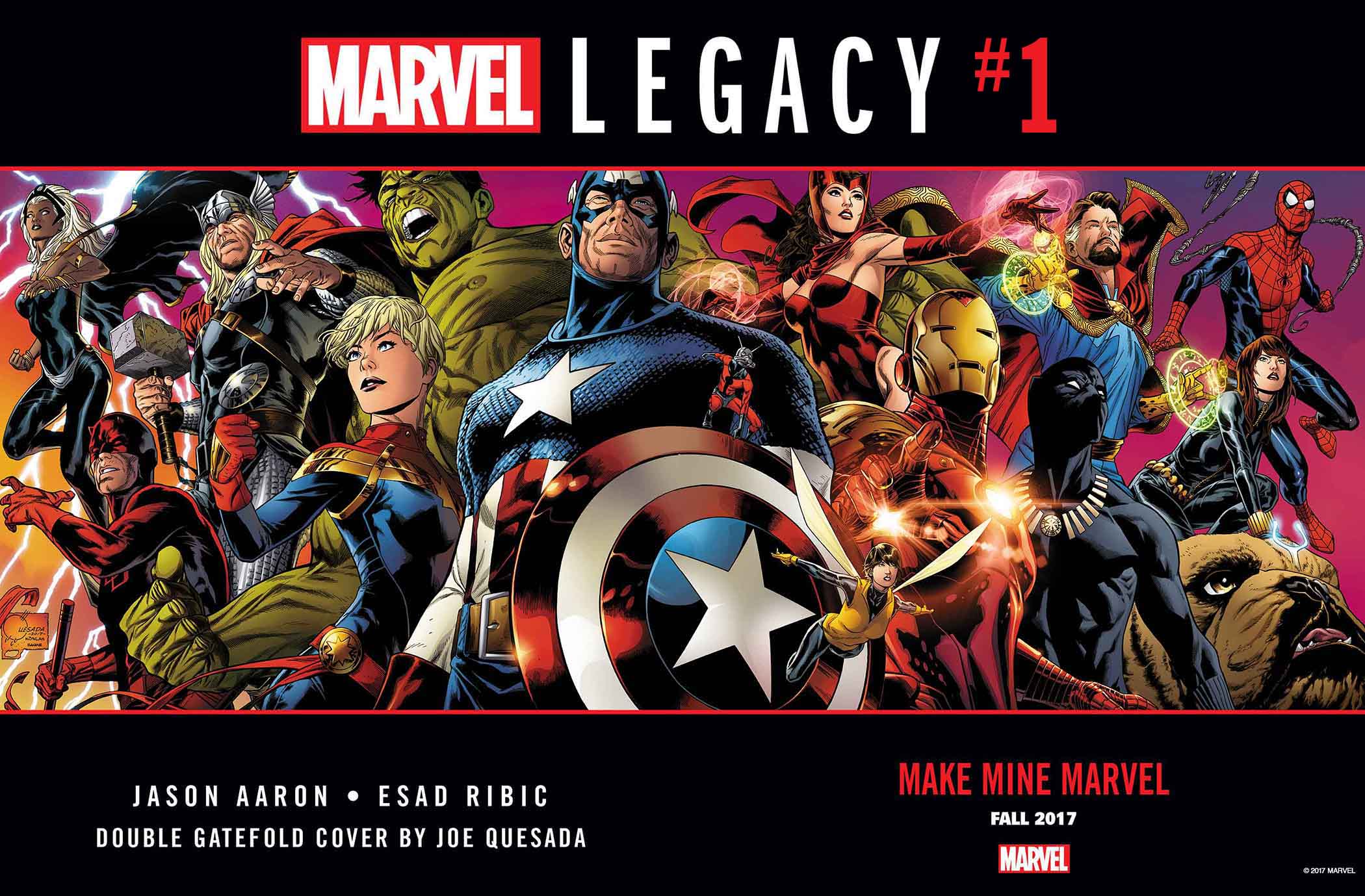