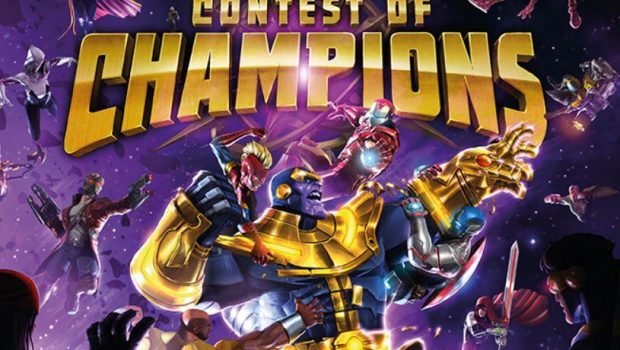 Marvel Contest of Champions: The Art of the Battlerealm Review

Marvel Contest of Champions: The Art of the Battlerealm Review James Wright
Score

Summary: Marvel Contest of Champions: The Art of the Battlerealm is a true celebration of this video game!

Titan Books once again climb the tallest mountain and shout the praises of another franchise with this time the focus being on MARVEL CONTEST OF CHAMPIONS. Written by Paul Davies (Shadow of the Tomb Raider: The Official Art Book, Marvel’s Spider-Man: The Art of the Game) who is no stranger to all things video games, this 208 page hardcover successfully captures the essence and more importantly, the art of this highly popular mobile game by Kabam. Although the art is truly spectacular in Marvel Contest of Champions: The Art of the Battlerealm with excellent page stock and colours that literally pop, Davies also takes the reader behind the scenes of this game on how it was made, including interviews from some of the people involved.

However for the uninitiated, Battlerealm is a place where the heroes and villains of the Marvel Comics Universe can battle it out in some impressive ways and environments. Although the game has been created for the mobile platform, it’s actually quite a comprehensive fighting game, hence the reason why it has become such a hit across the globe and impressively, the game has seen over 40 million people visit the world of Battlerealm.

As mentioned, the artwork included in this book is quite spectacular and it’s great how the book creators have included the evolution process on the characters who grace the game, including new costumes which channel both the comics and the movies well. Needless to say, the CGI photos included in the book could easily be turned into posters. Gabriel Frizzera who is the art director on the game also discusses his role and talks about character design which is quite interesting. 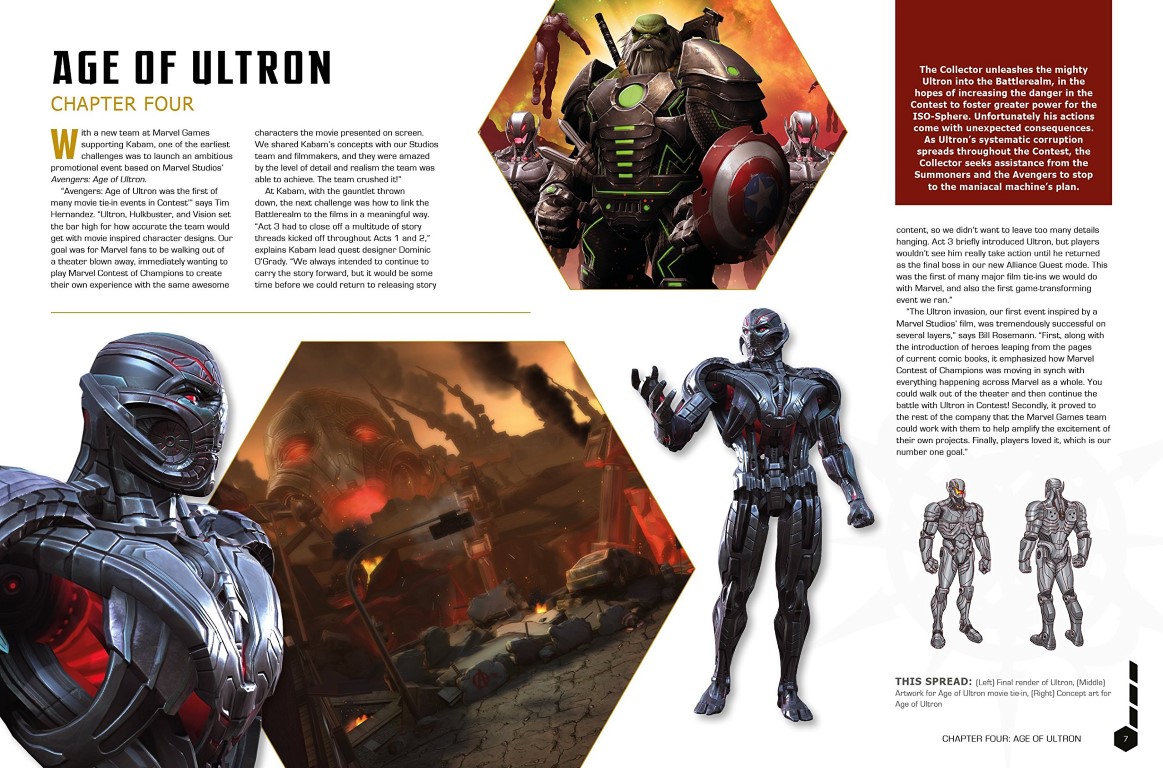 Adding to the presentation are bios on the characters and main story themes which help with the overall information plus sketches and storyboards. The book also includes the various updaes, all the way up until Infinity War which makes it quite relevant. As a fan of the game, I really enjoyed seeing all the characters showcased in this book from Gamora to Doctor Strange, Captain Marvel and not to mention all the different incarnations of Captain America. Add in the various realms of this world and this book will keep you thoroughly entertained, including becoming a great coffee table book as you flick through the pages. 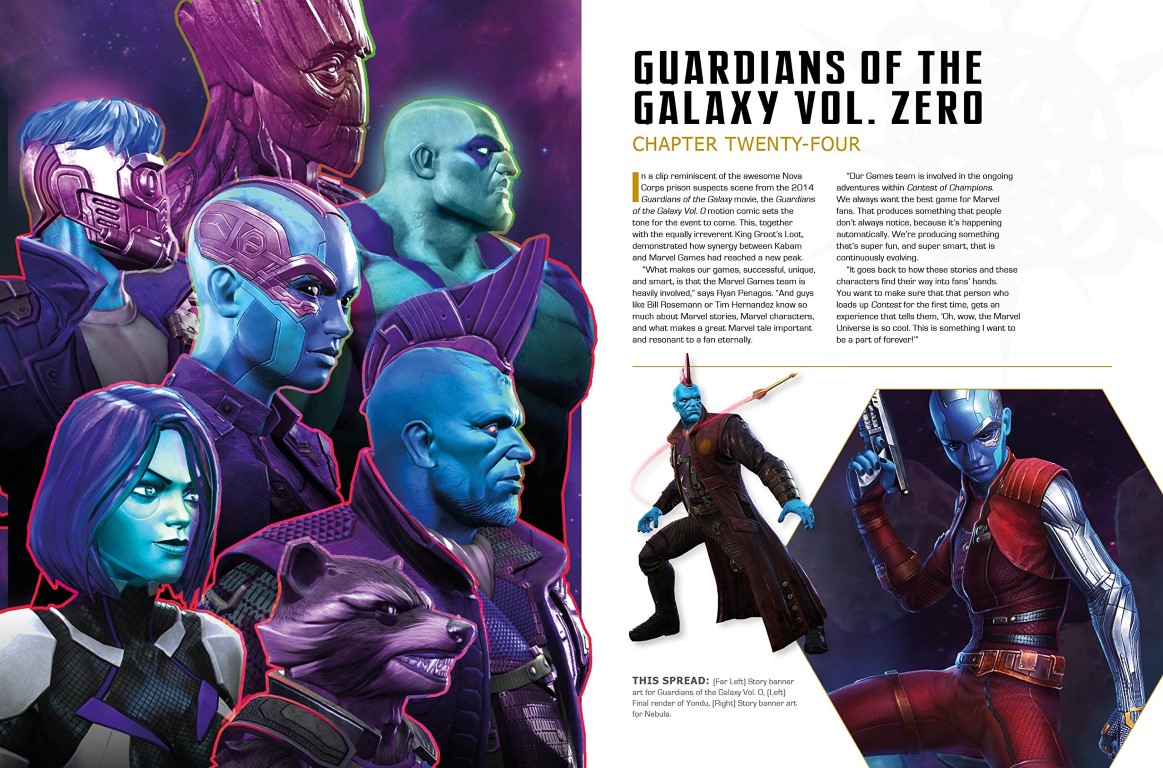 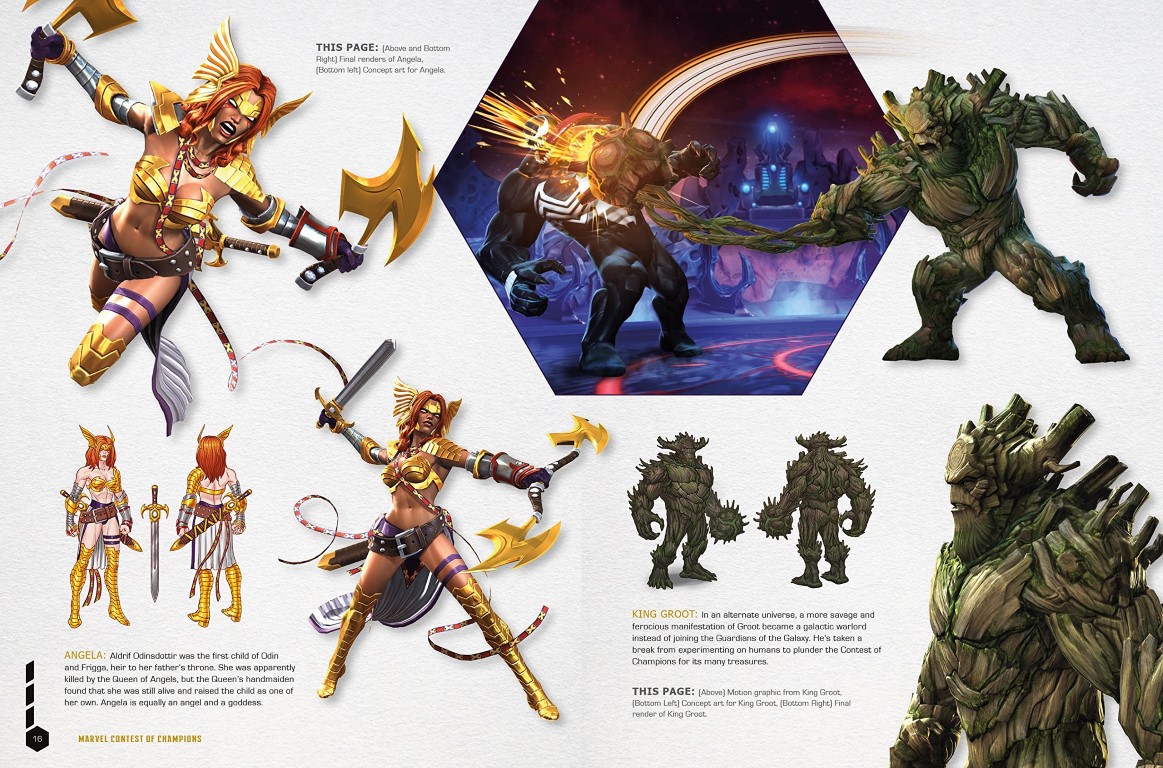 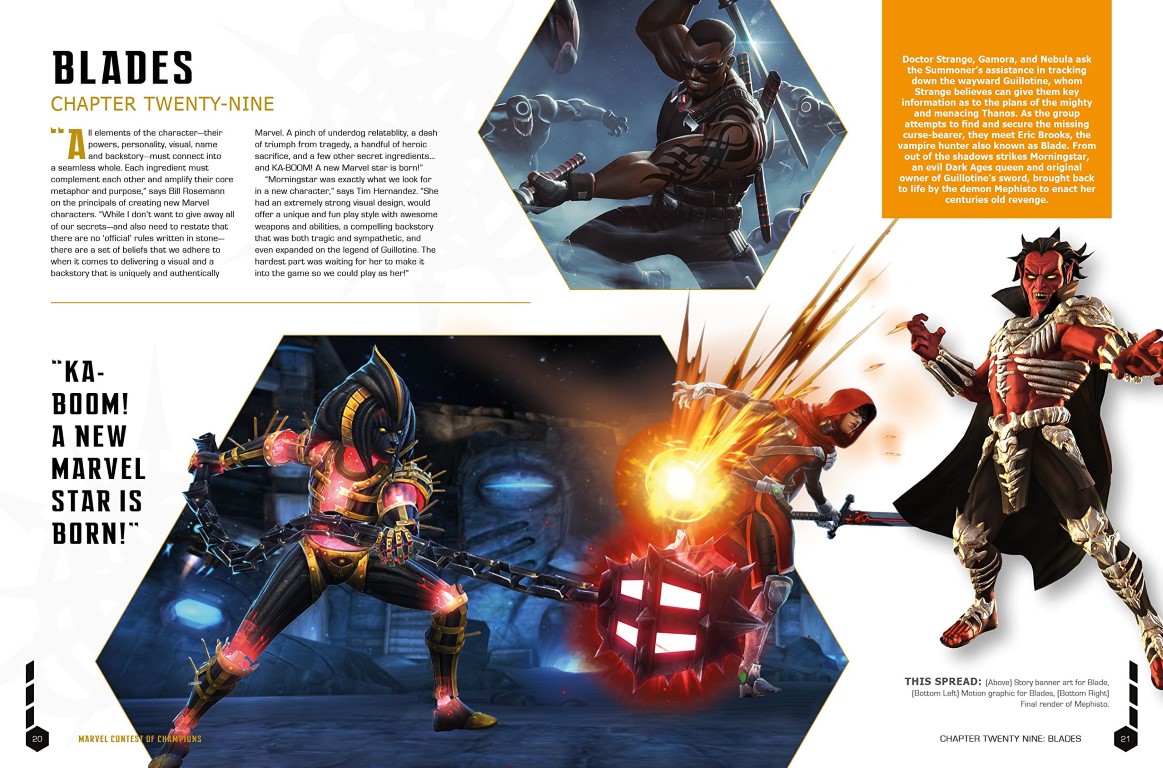 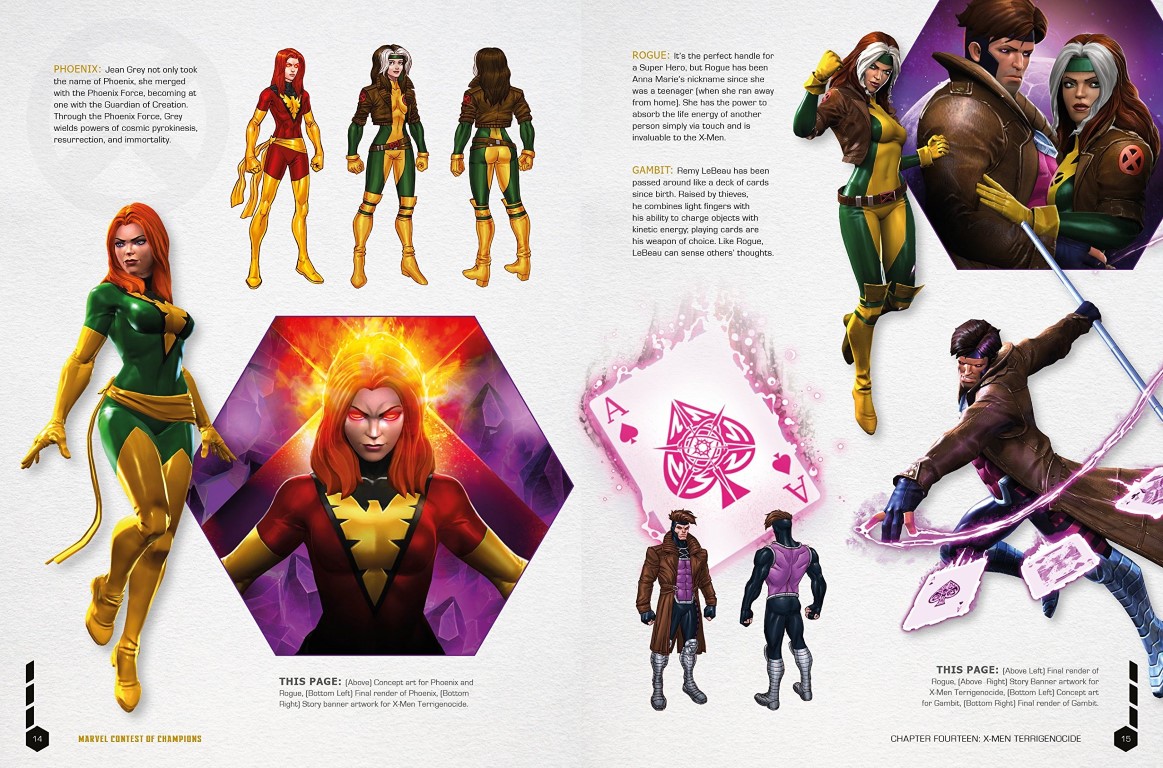 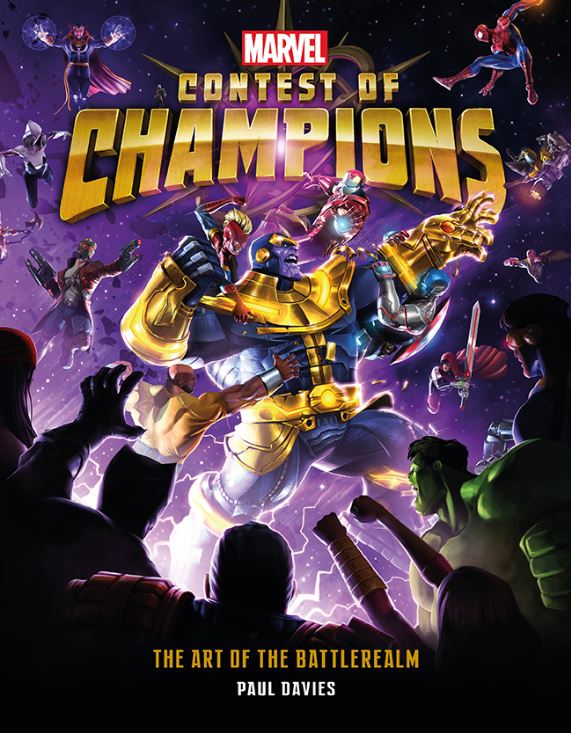