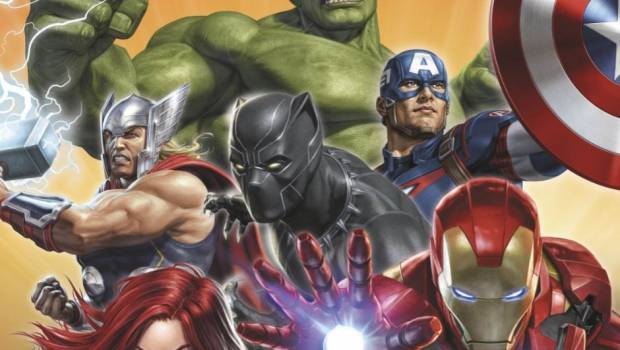 As the world of comics changes on a weekly basis, DK have just released their updated edition of MARVEL AVENGERS: ULTIMATE GUIDE which is a celebration of one of the world’s premier superhero teams, The Avengers. So whether you’re a fan, a newcomer or just someone who wanted to know more about The Avengers, including their offshoots such as the West Coast Avengers, then you have come to the right place as authors Scott Beatty, Alan Cowsill, Alastair Dougall and Melanie Scott compile the ultimate bible on these characters, their supporting cast and key moments in their diverse and entertaining history. 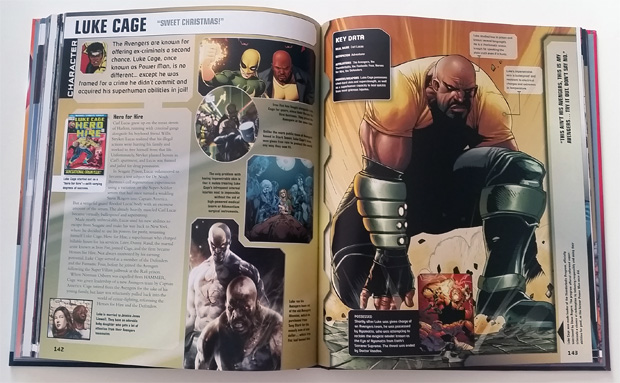 In terms of content this 200+ book includes a foreword by Tom Brevoort, an editor for The Avengers plus eight detailed sections. These sections are broken down to the Avengers Assemble, the 1960’s, the 1970’s, the 1980’s, the 1990’s, the 2000s, Alternative Avengers and 2010 onwards. The first part showcases the main Qvengers of this team, including their timeline, whereas the other sections showcase the other elements of different eras which made this team so memorable. 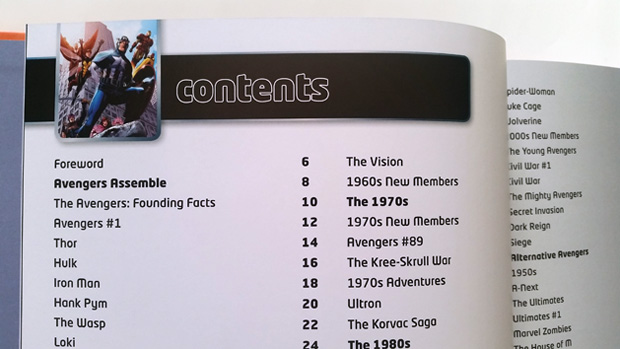 Given that, this books spans from September 1963 which was the first debut of The Avengers (The Avengers #1) and goes all the way up to 2017 as you learn more information about characters such as Iron Man, The Hulk to lesser known members such as Ant-Man and the Wasp. Add in the rogues of The Avengers, including ground shattering events such as Secret Wars and Civil War II, and Marvel Avengers: Ultimate Guide Updated Edition gives readers a great overview of this diverse superhero group that has thankfully changed with the times. 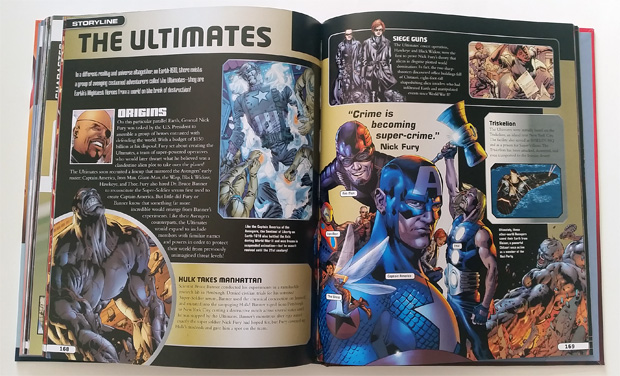 With the impressive amount of information contained in this book, the authors not only know their Avengers lore but neatly collate this data in an easy to ready book with a perfect presentation. This new edition also tweaks some of the previous content, including updating profiles plus adding new characters in The Avengers history such as Ms Marvel (Kamala Khan) and the new Thor (Jane Foster) and Captain America (Sam Wilson). I also like how they include Key Issue snapshots which include the publication date, editor, cover artist, writer and artists. 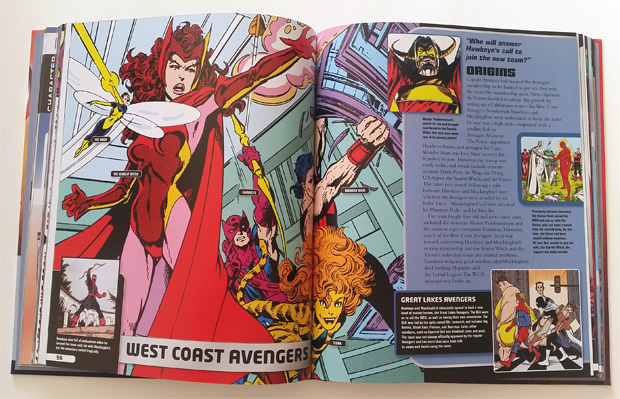 Complementing the information in Marvel Avengers: Ultimate Guide Updated Edition is the artwork which has been directly taken from the comics themselves and really helps bring these superheroes to life. The highlight of this book however are the character profiles which give a great overview of the character, including their origins, powers and comic appearances. With the amount of characters, the text reads well and although not overtly verbose, it easily sums up the information well. As I’m more a DC fan then Marvel (shame on me), I found this book very useful and it did help expand my knowledge on these characters, especially in relation to the new Marvel films. 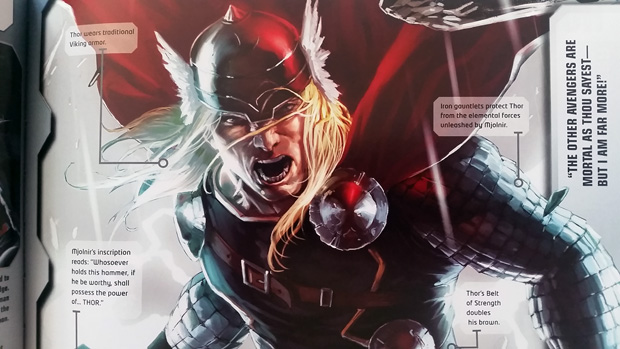 If you’re looking to brush up on your Avengers lore, then Marvel Avengers: Ultimate Guide Updated Edition will serve you well. Not only is it well written and presented but is brimming with images from its 50+ year history that also makes this tome a journey through time. The only downside to this book is that as the Marvel Universe is in constant flux, the information will eventually need another overhaul with another updated edition 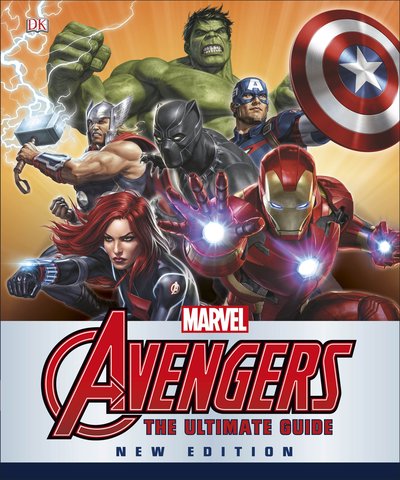