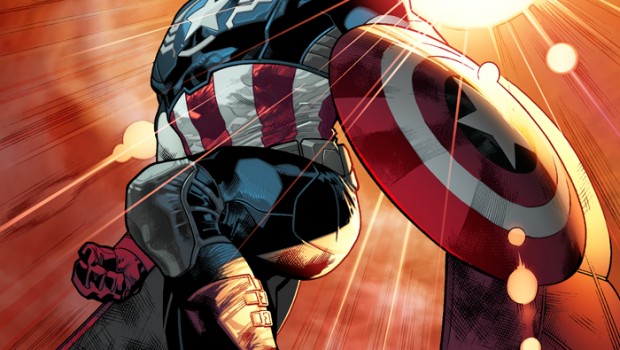 New York, NY – July 17th, 2014 – Marvel is excited to announce that beginning in November 2014, the title of Captain America will be passed to Sam Wilson, The Falcon, in the pages of All-New Captain America #1 by series writer Rick Remender (Captain America, Uncanny Avengers) and series artist Stuart Immonen (All-New X-Men).

Announced on “The Colbert Report” by Joe Quesada, “Sam Wilson…The Falcon, is the new Captain America.”

Addressing how Sam Wilson will follow in the footsteps of his predecessor, Steve Rogers, Remender says, “Sam wants to lead by example. To help people see their own selfishness and to turn it around. To build better communities, to never forget the little guy.”  Remender continues, “Sam follows his heart and his belief in what the American dream means and how it belongs to everyone.” 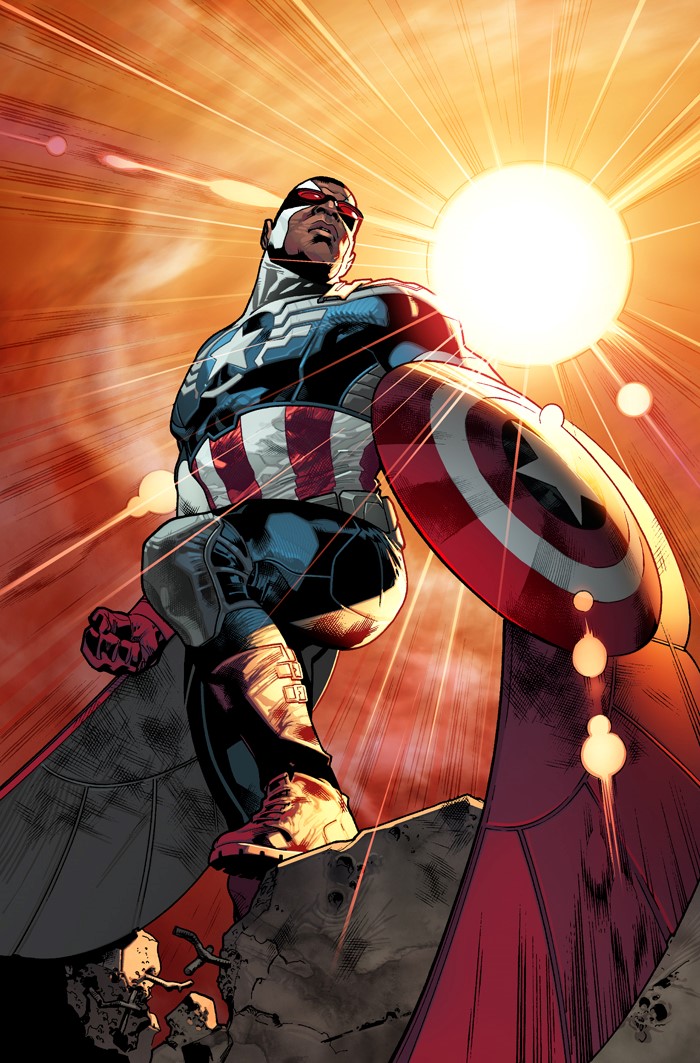 The question remains: what happens with the original Captain America, Steve Rogers? Executive Editor Tom Brevoort says, “Steve’s spirit is as willing as ever, but his body is no longer up to the task of being Captain America. So he’ll employ his skills as the new Cap’s remote strategic advisor, running Cap’s missions from his headquarters in Avengers Mansion and providing Sam with technical support and field information from a distance. He’ll also tutor Sam in how to throw the shield, a skill that’s deceptively difficult for the new Cap to master. So Steve will continue to be a vital part of the series moving ahead.”

For more details on All-New Captain America, visit Marvel.com for their interview with Rick Remender and Tom Brevoort.

All-New Captain America #1 will be available this November in all local comic book retailers and available in the Marvel Digital Comics Store.

Follow Marvel on Facebook at www.facebook.com/marvel and be sure to stop back throughout the day to see what everyone is saying about Marvel’s latest news.

Join Marvel this year at San Diego Comic-Con and for more on Marvel’s latest announcements, please visit Marvel.com. Join the conversation on Twitter with #Marvel and don’t forget to follow us at @Marvel.