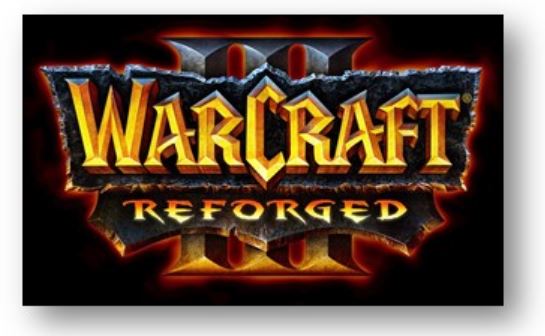 The reign of chaos has come at last!

Warcraft III: Reforged is available for digital pre-purchase now from the Blizzard Shop<https://us.shop.battle.net/en-us/product/warcraft-iii-reforged>.

Also included with the Spoils of War Edition are a host of in-game bonuses for other Blizzard games that will unlock immediately upon pre-purchase, such as the gruesome Meat Wagon mount for World of Warcraft, the Third War card back for Hearthstone, the Mal’ganis pet for Diablo III, and more.

For more details on Warcraft III: Reforged, including an overview of all bonuses in the Spoils of War edition, check out this blog<https://news.blizzard.com/en-us/warcraft3/23237899/warcraft-iii-reforged-releases-on-january-28-2020>.

*   Complete Graphical Overhaul: Warcraft III: Reforged brings the original game into the modern era with fully overhauled characters, structures, environments, animations, and graphical effects.
*   Multiplayer Between Versions: Players will be able to do battle with anyone who plays Warcraft III, regardless of whether they’re playing the original or Reforged.
*   Original Voice-overs: Reforged will retain the original game’s voice over recordings, preserving the authenticity of the Warcraft III experience.
*   Rebuilt World Editor: Reforged features an all-new World Editor designed to empower the game’s long-standing creator community to reach new heights, with hundreds of new triggers, LUA scripting support, new tools for importing models, and more enhancements planned for the future.
*   Full Battle.net<http://Battle.net> Implementation: Players will enjoy the full suite of Battle.net<http://Battle.net> features to bolster their Warcraft III experience, including text and voice chat, clans, and seamless installation and patching.

For more information on Warcraft III: Reforged, check out the official website at http://www.playwarcraft3.com. For screenshots, videos, and other media, visit https://blizzard.gamespress.com/classic.