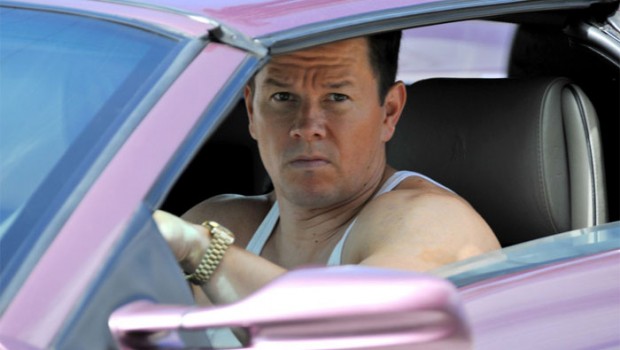 Q: Hey Mark. You’ve pretty much achieved it all – Oscar-nominated actor, successful producer, rapper. How much pain is required to gain big in Hollywood?

A: (Laughs) Pain is going to prison at 17 years old. Everything else is fine. Hollywood is a tough racket, but I’m just appreciative to be in the business. Any day I get to do something I love and that I’m passionate about I’m very appreciative. It’s been a joy for me.

Q: Pain & Gain is a crazy story set in 1990s Miami with bodybuilders, extortion, kidnapping, torture, murder. What’s even crazier is it is based on a true story. Were you aware of these guys or did you read the great Miami New Times articles about the crimes?

A: I thought the story was fascinating. I’ve had this fascination with body building from a very young age. I read the script before I read the articles and I said ‘There’s no way this can be true’. But sure enough, most of these things happened. I read the script, met with Michael and said, ‘I will do anything to be in the movie’.

Q: Michael, of course, is Michael Bay, the director. He’s been described as the King of Hollywood action. Dwayne compared Michael to a great football coach. Do you agree?

A: I loved working with Michael. We just clicked. We had both a great friendship and working relationship. I was able to deliver whatever he was looking for as far as performance. He’s certainly the kind of director I like to work with because he knows what he wants. He’s leading the charge. He knows what he wants and he knows how to get it.

A: He’s a teddy bear compared to how I am with people who work for me (laughs).

A: Well, I just think we’ve got to get it done. This is serious business. I like to be at work and have a good time too, but I’m determined to do the best work I possibly can and I expect that out of everybody else. We had a lot of laughs, a lot of fun making this. I learned a lot and, as an aspiring filmmaker, who better to watch and learn from than Michael Bay.

Q: In Pain & Gain we see the fashion in Miami in the 1990s. You’re known as a stylish man, but how was your fashion sense in the mid 90s?

A: It was bad (laughs), but it was safe bad. I was a little hip hop, but I never went too crazy with colors and things like that. I never wore the MC Hammer pants or anything like that or the ridiculous body building outfits. I always thought they were a little crazy. I was always kind of middle of the road.

Q: What, no sideburns?

A: No. I couldn’t grow them anyway. I still can’t grow facial hair to this day.

Q: You spoke earlier about going to prison. Was that the turning point in your life?

A: When I went to jail, that was a wake-up call for me, certainly. I got there and I knew this is not what I wanted out of my life. I thought ‘Okay, let me start turning this around’. That’s a difficult thing to do because it wasn’t like I could say, ‘I grew up in this bad area, I got in trouble, but now I am just going to leave and go to a place that’s nice and safe and doesn’t have crime and violence and gangs’. I still had to live right there and I had to now go against the grain and not be one of the guys, so that was a difficult thing to do, but I was committed to turning my life around and doing the right thing. That was quite some time ago and I’ve made some poor choices here and there, but I try to do the right thing. Certainly now that I have a beautiful family, I have all the more reason to stay focused and stay on the right path. 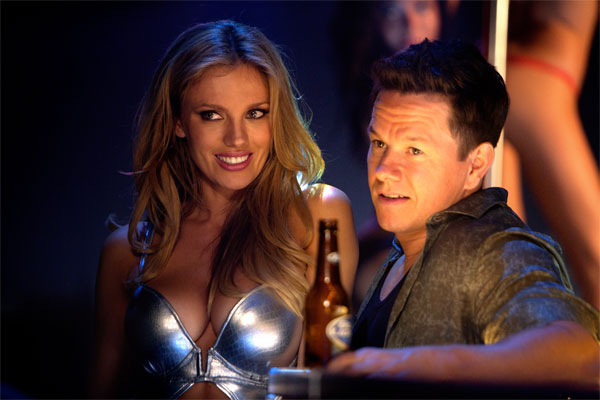 Q: The characters in the movie decide to take a shortcut to achieve the American dream. Do you agree with that?

A: No. There is no shortcut to the American dream. I think for anybody who wants it, if you work hard, you can achieve your goals. When you work hard that’s when it lasts, that’s when the foundation is solid. If something comes quickly and easily that is when it has a tendency to fall apart and deteriorate.

Q: How did your life change when you turned 40?

A: Once I turned 40, I stopped giving a shit. I cry. I do whatever. I have two little girls so I just had a tea party with Sophia The First (Disney character). It’s all good (laughs).

Q: What? Mark Wahlberg had a tea party with Sophia the First?

A: I want to be able to write, direct, produce, act, own and finance a lot of the content that I create. I also have business interests outside the entertainment business, but the big goal and the most important goal for me is to be the best servant to God, father, husband, friend and neighbor. I also want to be a leader to those who look to me as an example and a follower to those who are supposed to be guiding me. Those are the important things. If I succeed at business and fail as a father then it’s not worth it to me anyway so I’ve got to be able to balance those things out. It’s about doing the right thing. Keeping my spiritual life strong, living my life in a clean and positive way, that helps me have success in everything else.

Q: Do you have a motto you live your life by?

A: There is nothing wrong with being driven, being successful and wanting nice things. It’s nice to be important, but it’s more important to be nice.

Q: Did things change for you when you turned 40. Did you have a different outlook?

A: Yeah. I’m embracing getting older right now. The things that were important to me in the past aren’t as important anymore. Age has helped me put things in perspective. I care more about the important things in life.

Q: You play Daniel Lugo in Pain & Gain. He is now sitting in prison on death row. Did you meet with him?

A: I would have loved the opportunity to meet with him. They didn’t invite me up to death row. We had to take it upon ourselves to create and bring all these other colors and our own personalities to the characters. What we had access to we definitely looked at. It was up to us to bring our own thing to the table.

Q: Did you know anyone like Daniel when you were growing up in Boston?

A: Yeah. I had plenty of experience to draw on. Unfortunately I have quite a few friends who are going to be in prison for the rest of their lives. I’ve known a lot of shady characters in my life and still to this day.

Q: How would you describe the life Daniel lived?

A: It’s like a train wreck. You can’t take your eyes off it. This guy was obsessed, with body building and everything else.

Q: How about bodybuilders? You obviously work out, but how about these hardcore bodybuilders where the gym is their life?

A: I met a lot of guys like this in and around the body building world when I went to LA. I spent a lot of time going to Gold’s Gym in Venice. The first time I ever walked in there Lou Ferrigno was there. I remember just seeing him pumping iron.

Q: Did you ever get obsessed with the gym?

A: No. I liked working out but I never went that far. I used to find it incredible how disciplined those guys were.

Q: Talking about gym junkies, did you train with Dwayne?

A: No. Anthony Mackie and I worked out a few times, but Dwayne and I are both very disciplined and do our own thing. I was going to the gym at 4.30 in the morning before I would go to the set.

A: He’s a great guy, a gentle giant teddy bear, but he also impressed me professionally as an actor. This is not in his comfort zone. It’s not in his wheelhouse so for him to bring it the way he did, I think it’s his best performance to date. 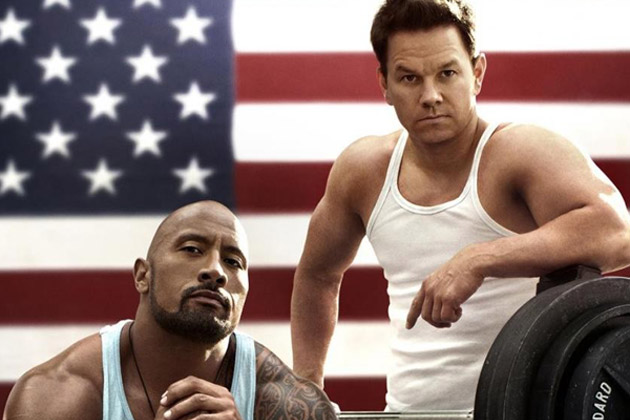 Q: How important is working out in your daily life?

A: I like to start my day by working out. I feel good, it gives me energy, I feel like I’m more productive. I’d spend about an hour to an hour and a half five days a week at the gym, before the kids are up. The body building world is a unique world and they are 110 per cent dedicated. It’s about the workout, it’s about the nutrition, the calorie intake. It’s a lifestyle.

Q: What do you find the most important quality to transform and move on in life?

A: The desire to be a good person. I have a huge responsibility when it comes to doing the right thing and raising my kids. I need to give them the values they need to be positive and productive people in society. But I wanted to change and I knew the only way to change was by doing the work, day in and day out. That’s when I started to become disciplined, working out. It requires discipline. Being in this business and being successful requires a huge amount of discipline. I realized ‘I’ve got to start over. I’ll start from scratch’. But anything you want in life you have to work for and I don’t mind doing that. I just keep working hard and not dwell in the past too often. I keep looking to the future and what is in front of me.

Q: What do you hope audiences take away from Pain & Gain?

A: There’s a moral story to this tale, but I hope people just thoroughly enjoy themselves. I hope they laugh and they’re shocked and amazed at the craziness that happened within this story. The thing about Pain & Gain is it’s just so damn original, especially when you think of all of the other movies coming out. That’s what I think people really want to see. They want to see something different. They want to see something cool and the whole body building scene in Miami is a great backdrop for a movie and the story is just crazy. There’s great action, great suspense and great drama. That for me is what takes the cake.