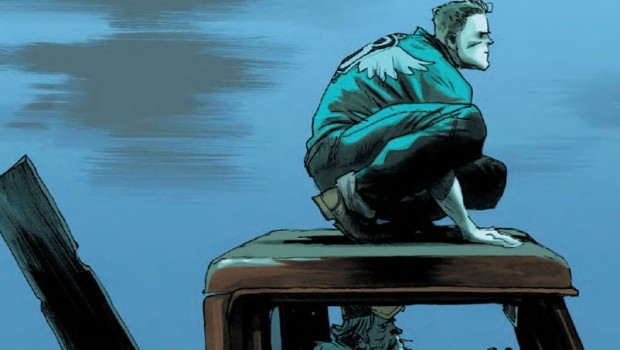 OUTSTANDING REVIEWS AND A MOVIE DEAL FOR THIS UNLIKELY HERO

In a quiet seaside town, a gas station clerk named Huck has a special gift and he uses this gift to do a good deed every day. The town have known and protected him for years, but when his story leaks, a media firestorm erupts, bringing him uninvited fame.

Huck is a comic unlike any other. In an era when everything is grim and gritty, this is a heart-warming tale about a man with learning difficulties and what he teaches the people he encounters. The project comes from Kingsman, Kick-Ass and Civil War creator Mark Millar and instantly caught the eye of Hollywood, Studio 8 buying the material and putting the movie together right now. Millar has said in recent interviews that he feels Channing Tatum would be the ideal actor to handle the leading role, with the kindness and humility that is becoming of Huck.

Mark Millar, wrote a feature explaining his inspiration for Huck; that it is time for superheroes to once again become uplifting and full of hope, taking a step away from the brooding darkness, depicted in the likes of ‘Man of Steel’, Millar explains “I loved Superman as a kid not because of his edginess or his potential for a fatal solution, but because he could do anything he wanted and still chose to be nice. This was always the moral of a superhero comic to me”.