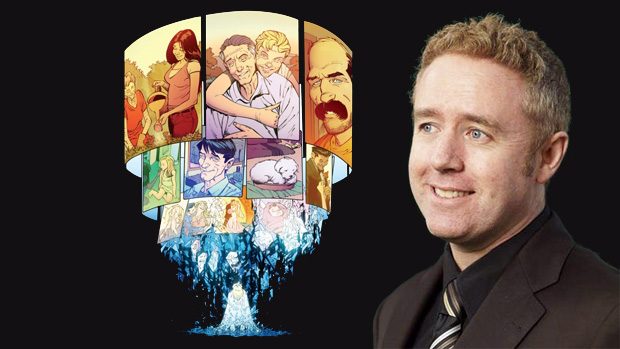 Mark Millar Interview … from Batman to Netflix and being Reborn!

When you were a young reader and later a burgeoning young writer walking in the footsteps of Moore and Miller, which comics and writers influenced you the most?

Moore and Miller are my greatest influences by far. You can see Moore’s military industrial superheroes from Marvelman all over The Ultimates and Kick-Ass owes a huge debt to Miller Batman Year One and Dark Knight Returns. I always say they’re my comic-book mother and father. You can see their DNA in everything I do.

Do you write a story with a particular artist in mind, taking their art style into account or do you encourage them to flex their artistic muscle and surprise you?

Surprisingly not. I tend to think of the story first and then select an artist later. When an artist approaches me and asks me if we can work together it never really works for me. I have to look for project I’ve been developing which they might be suited for. I’ve no idea why this is, but I suppose it’s like an actor approaching a studio and asking if the studio can create something for them. It’s always more pure when you just have a blank piece of paper and then find an artist who will make it ten times better than what’s in your head. 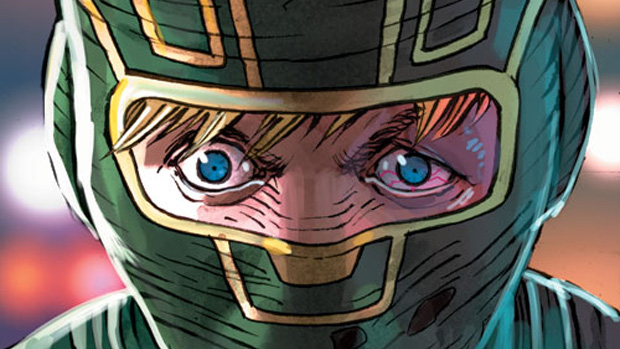 You have created a lot of iconic comic book franchises that have become movies. Do you write and develop a series with this in mind?

No, that never works because it’s impossible. If you try to design a comic to be a movie you’ll fail. Think about the non Marvel DC books that have become movies in the last 15 years. Kick-Ass, Hellboy, Sin City, Scott Pilgrim, Ghost World, etc, were all quite odd and off-kilter projects you’d never expect to see as a movie. But that’s what Hollywood likes. Authentic, personal projects because the enthusiasm you bring to them is contagious. Kick-Ass is about a boy with no powers and a poor physique and two sticks and a ten year old girl who dressed like Robin and carries knives. No movie people in their right mind would have made that, I thought at the time. Try to engineer a movie and you’ll just make a bad comic.

It takes time and dedication in creating a successful comic series. Can you tell us a little bit about your writing process?

I start with a blank piece of paper and doodle, sometimes for weeks. Sometimes everything I do in a week can be scrapped and I start again because I’ve found a better way of telling the story. Then I start to draw up scenes and link them together and a narrative begins to form, sometimes all grown from a very small idea or visual. The actual sitting at the desk is maybe half the month. Sitting in my big chair doodling is the other half. I never write more than around 20 comics a year as I like world-building. I’m not really interesting in long runs as my heroes tended to avoid them. Put everything you can into six issues.

We’ve seen some of your collection on the Jonathan Ross/Steve Ditko special. Do you have a single favourite treasure and do you still collect vintage comics?

Oh, that was Jonathan’s house. He has an amazing vintage comics collection. I have lots, but I’m still like a teenager and they’re lying curled up under beds and so on.

Many of your leading heroes have a dark and troubled side to their personality and have violent tendencies, which has resulted in some complex and intriguing character developments. This is often hard to translate into film, with many of these characters having to be softened for film and the general public so as to embrace a wider audience. How do you feel about this and do you have a part in helping with this transition?

Interestingly, the darker and more violent a character is the faster and more enthusiastically it’s turned into a movie. I’ve really found the opposite. Most studios are drawn to this stuff and most directors too. It’s quite interesting. So few of them want to be Spielberg. They all want to be Ridley and Scorcese.

Which one of your Millarworld creations would you most like to see as a Netflix series?

Most of my stories have a three act structure and thus unsuited to the serial format of TV. I get a lot of offers from television, but have so far turned them all down. But we’ve been talking about Jupiter’s Legacy being a TV show. It’s 32 issues in total and we don’t want to make the Watchmen mistake and crush all that story into 2 or 3 hours. 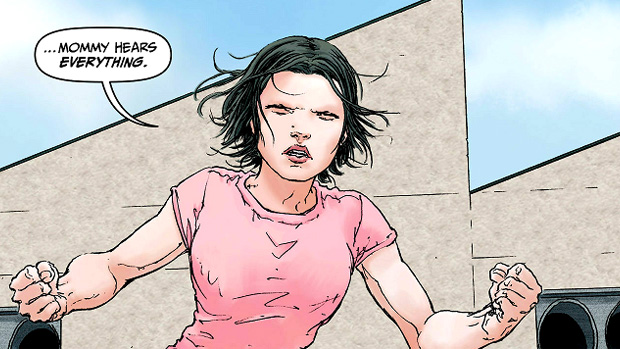 Could you pitch us a dream collaboration or two with any artists past or present, living or otherwise? (personally would like to see a Millar/Sienkiewicz collaboration)

Bill and I absolutely plan to do something. I’m very lucky. I’ve been working with all the best people from the last ten or fifteen years, Travis Charest and Adam Hughes the only two that really still elude me. I keep their work around my office for inspiration.

It seems as the technological processes in creating comics moves into the future, the art of inking may be lost. Do you still see a place for inkers in the future or is it time to say goodbye?

Oh my God. Inkers are needed now more than ever. A bad inker can ruin the best pencils. A great inker can take them to another level. Some people don’t need inkers, but it’s a massively undervalued skill and most pencilers are better for them. 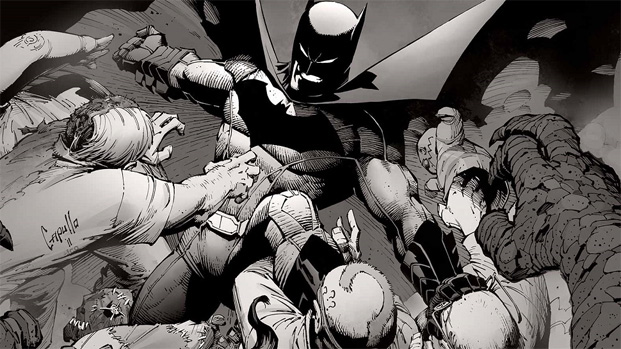 There are a lot of talented writers and artists out there in the field, can you give us your personal top three current reads and what you like about them?

Scott Snyder and Greg Capullo’s Batman was my favourite DC Comic of the last ten years by a mile. I was sad to see it finish, but obviously delighted to get Greg when it did. They’re both so talented and such lovely people too. I haven’t really read much DC outside of that for a long time. I haven’t really read much Marvel for maybe ten years, outside of Jason Aaron’s Thor so that wins my a mile. Image has a couple of very good books. The Brian K Vaughn stuff is great. Paper Girls my favourite Image book at the moment. BKV, Scott and Jason definitely my favourite writers around at the moment.

Your latest comic series, Reborn, has an intriguing concept about the afterlife. Can you tell us a little bit about this world and what inspired it?

I like simple, universal ideas. They’re always the best ones. Where do we go when we die? It almost writes itself. I also liked the idea of an eighty year old leading lady who dies in the opening issue so it’s very odd in that it’s old woman Reborn in a fantasy landscape in her 25 year old body and carrying two weapons. It’s gone down ridiculously well. Everybody seems to like it and we printed more than X-men and sold out first morning. So Greg and I are really happy. It’s an insane book, but seems to have connected, which is great. 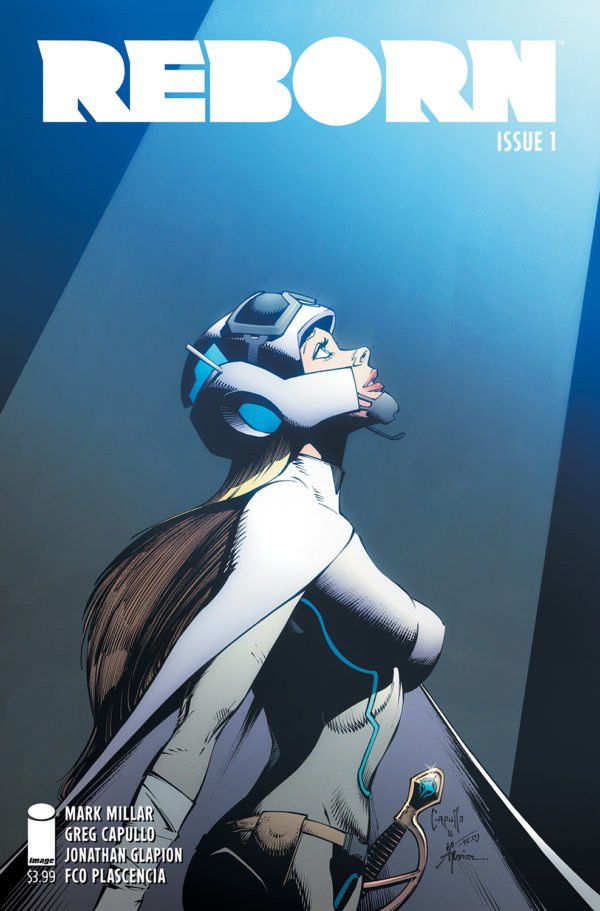 Greg Capullo, best known as the definitive artist for Spawn and (more recently) a massive contributor to the Batman Saga, is the artist that you have selected for Reborn. What was it that drew you to his art?

What Happens When Utopia Fails? →