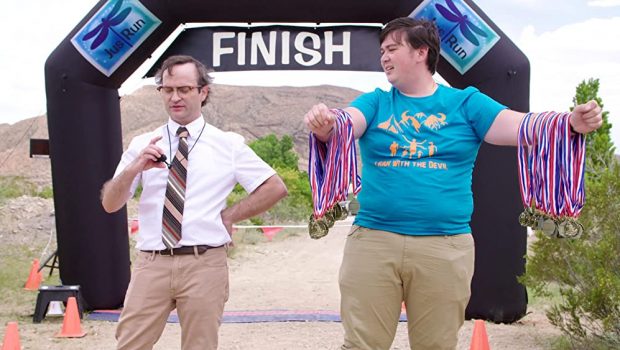 Summary: A mockumentary about marathon runners is an idea that has legs however this film trips over itself at times with messy editing and writing that doesn't live up to its potential.

Marathon, the new mockumentary from writers and directors Keith Strausbaugh and Anthony Guidubaldi, follows the journey of five amateur runners as they prepare for a race in the desert. They tackle injuries, family troubles, racism, and product placement, all in the lead-up to the 15th anniversary of the Devil’s Canyon Marathon.

Mockumentaries are great and we don’t get enough of them. From the classic Christopher Guest pictures to the recent Documentary Now TV show by Fred Armisen and Bill Hader, mockumentaries have the power to be both hilarious and profoundly human. It’s clear that Strausbaugh and Guidubaldi are fans of the genre as they’ve included all the elements that make a good mockumentary in this film.

The group of characters that we follow are greatly varied. They all have time to shine as well, the cast does a great job at making their various characters likeable and interesting. You’ve got a new mother and her casually racist husband, a woman who’s trying to get the world record for “fastest run-time in a fruit costume”, and the organiser of the event who’s desperate for it to be a success. The most consistently funny character is Ryan, a newly divorced man who has big dreams of running in the Boston marathon. There are many great moments with him, like when he confuses “carb-loading” with “crab-loading”, or the rivalry that develops between him and the cameraman that is documenting his training. 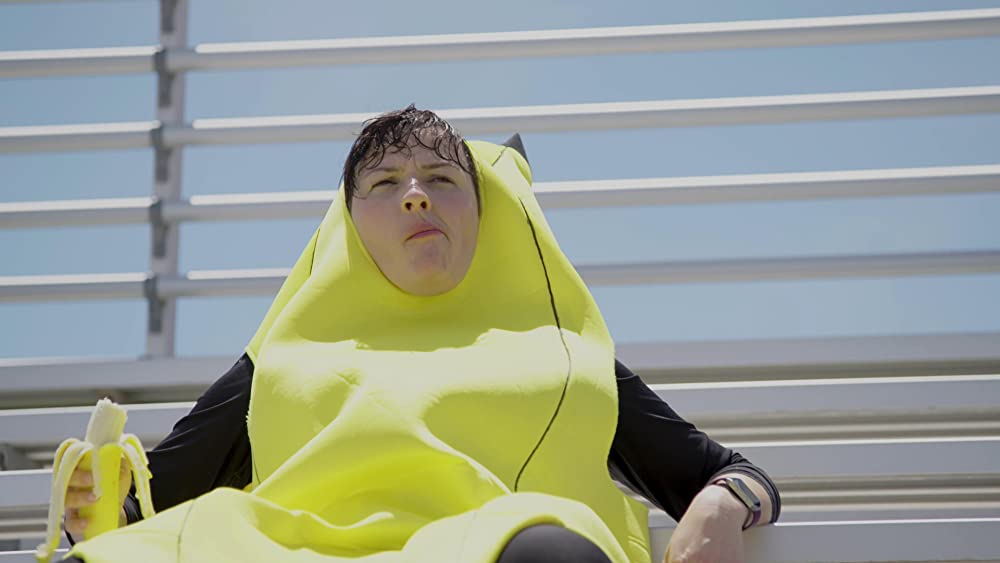 Quite a few of the jokes don’t land, however that isn’t because the jokes themselves aren’t funny. I found the editing to be the cause a lot of the time. There’s a tendency to have two comedy bits happening at the same time, usually in the form of two talking head segments that don’t have anything to do with each other yet they’re edited in a way that you keep cutting between the two. This ruins all momentum the bit has and made a lot of potentially hilarious bits not hit as hard.

There are a few missed character opportunities as well, such as someone we follow who calls herself a “anti-long distance runner”. It’s a funny idea, someone who’s against marathons but unfortunately, she wasn’t used to her full potential. There’s Shareef as well, a runner who cannot leave the house without getting chased by police, could’ve worked if the joke was fleshed out a bit. However, it falls flat and comes off as a bit tasteless. There’s also a moment in the movie that attempts to satirize the Boston Marathon Bombing that really doesn’t work. It’s not that you can’t satirize these things but the way the writers go about feels lazy, like the joke is that they’re bringing these things up and then doing nothing clever (or funny) with them. 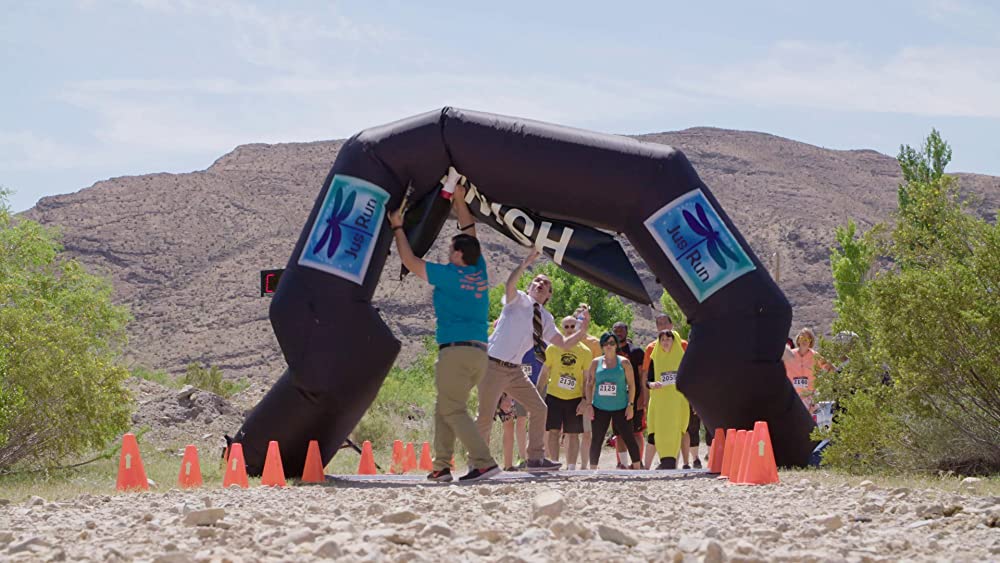 Marathon has a lot of offer and there’s a lot of potential for great future mockumentaries by all involved with this movie. The cast does a great job with what they’re given and the comedic material contains a lot of great ideas. Unfortunately, I felt like it didn’t live up to its potential due to a messy editing style and a variety of jokes that fall short of what they could’ve been.

Marathon is being released digitally on July 6th.
You can also watch the trailer here. 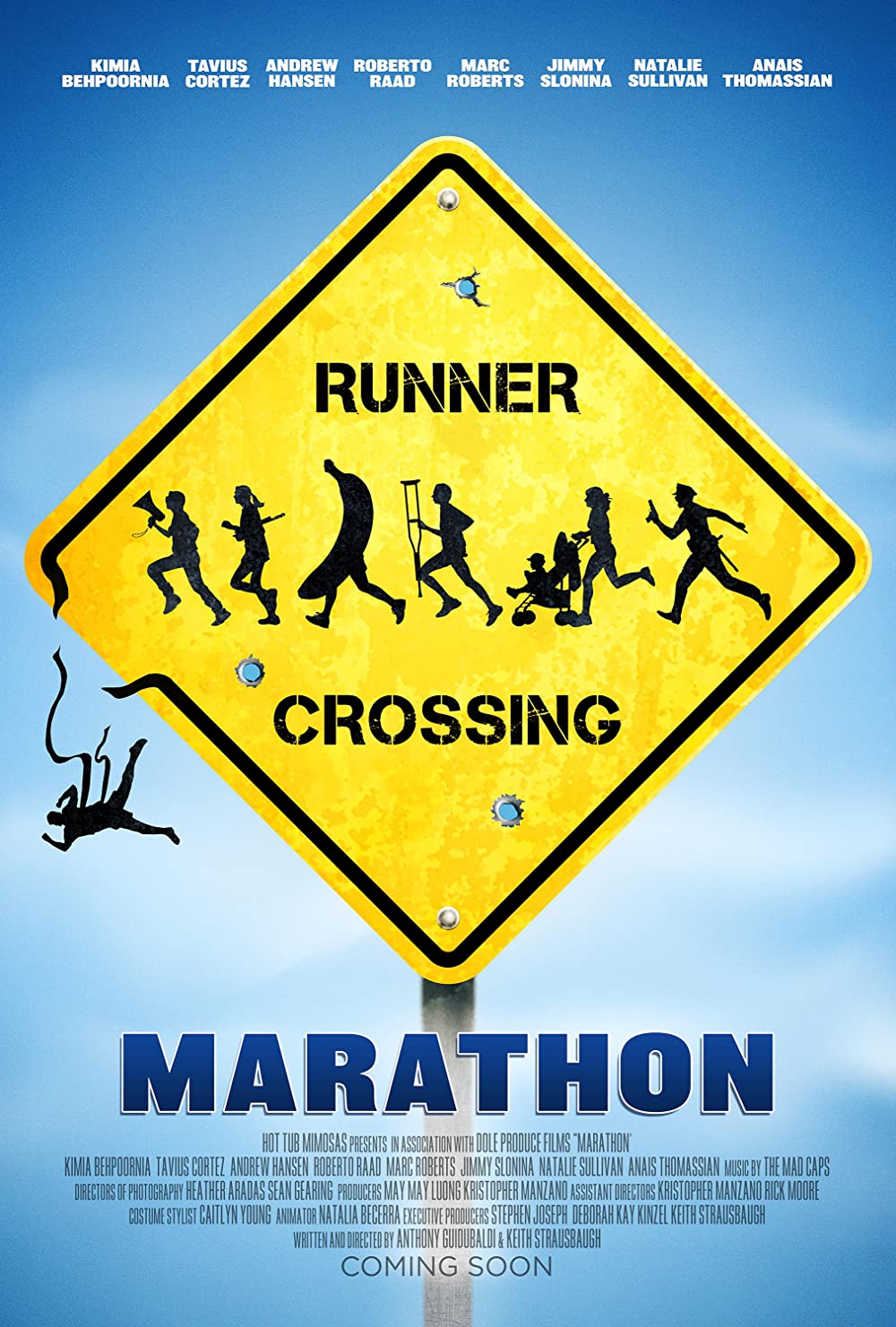