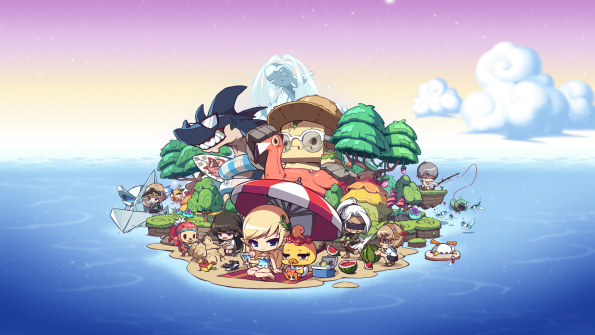 LOS ANGELES – Nov. 29, 2017 – The future of Maple World gleams brighter than ever as it welcomes the highly-anticipated Nova: Liberation of Cadena content update for MapleStory, the immensely popular MMORPG from Nexon America. The update is available now on Steam and the Nexon Launcher.

New Original Character, Cadena – The sole survivor of the evil Magnus’ attack on the Heliseum royal family, Cadena is a streetwise Thief raised by the Shadowdealers, and hardened by the rough-and-tumble backwater town of Savage Terminal. Cadena utilizes her Luck in preparation for revenge against the dastardly Magnus, and wields her trusty chain to ravage her enemies

Fifth Job Skills – Players can utilize new fifth job skills for all class types, such as Warrior, Magician, Bowman, Thief and Pirate. New skills include Ethereal Form, which allows Magicians to temporarily move to another dimension to reduce damage taken; and Overdrive, a Pirate job that enables players to push their weapons for max efficiency to deal immense damage for a limited time

Essential Gameplay Additions – For several years, MapleStory’s developers have worked to analyze and apply player feedback as part of their ‘A Better Maple’ initiative to create an engaging, immersive and exciting experience for all Maplers. The Nova update features several helpful gameplay changes, including an increased character slot count of up to 42 characters per world, an item drop confirmation prompt, and adding Maple News that updates Maplers on the latest news and updates as soon as they log in

Challenging Spirit Savior Dungeon – Return to Arcana in the tricky Spirit Savior daily dungeon. Save as many Rock Spirits as possible to earn valuable Spirit Coins, which can be exchanged for the rare Arcane Symbol: Arcana

Exuberant Events – Participate in numerous unique events, including the return of the Name Change Event, where players can reinvent themselves with a creative new name!

Nova Boxes and Coins – Maplers can collect Nova Boxes and Nova Coins after defeating intense monsters, which can be exchanged for great rewards;

Cryojet Mount – Pay a reasonable meso fee to board a special flying mount and travel over Henesys or Leafre, where players have thirty seconds to collect as many mesos as possible;

MapleStory is free to play and download on Steam for PC and is rated E for Everyone (ESRB). For more information on MapleStory, and additional information for members of the press: